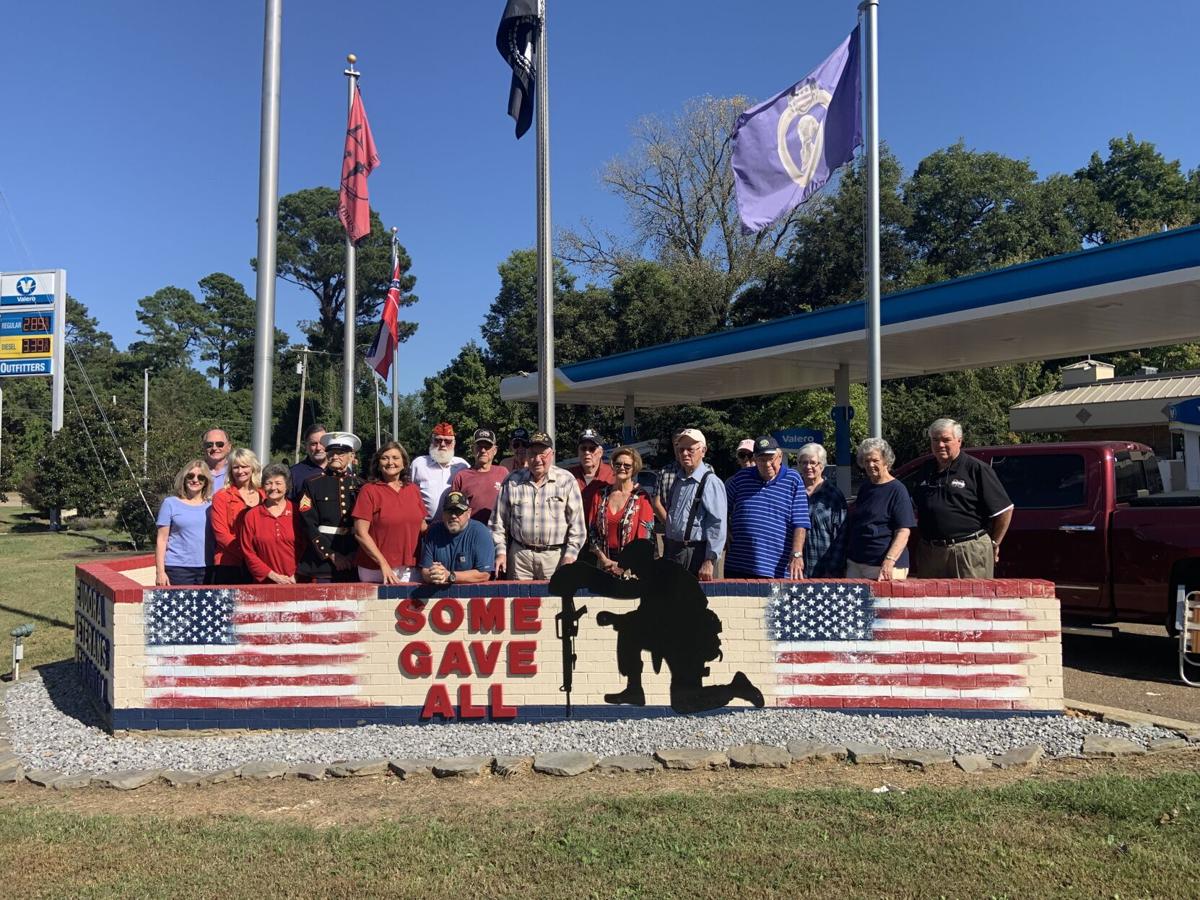 Veterans and volunteers helped raise money for construction of a memorial to honor those who served in the Eudora community. 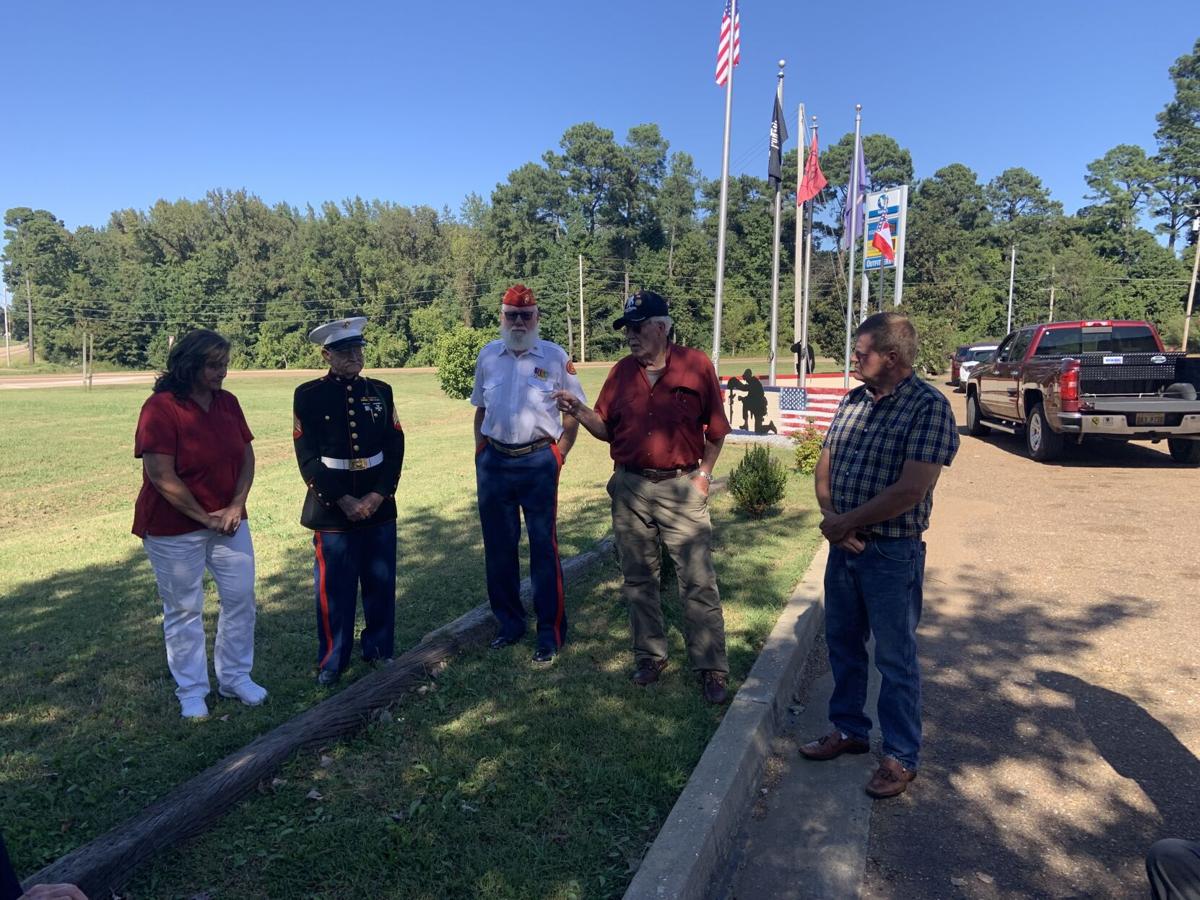 Long-time high school coach Robert Pool did not serve in the military, but spearheaded the effort to get a memorial built in their honor in Eudora. 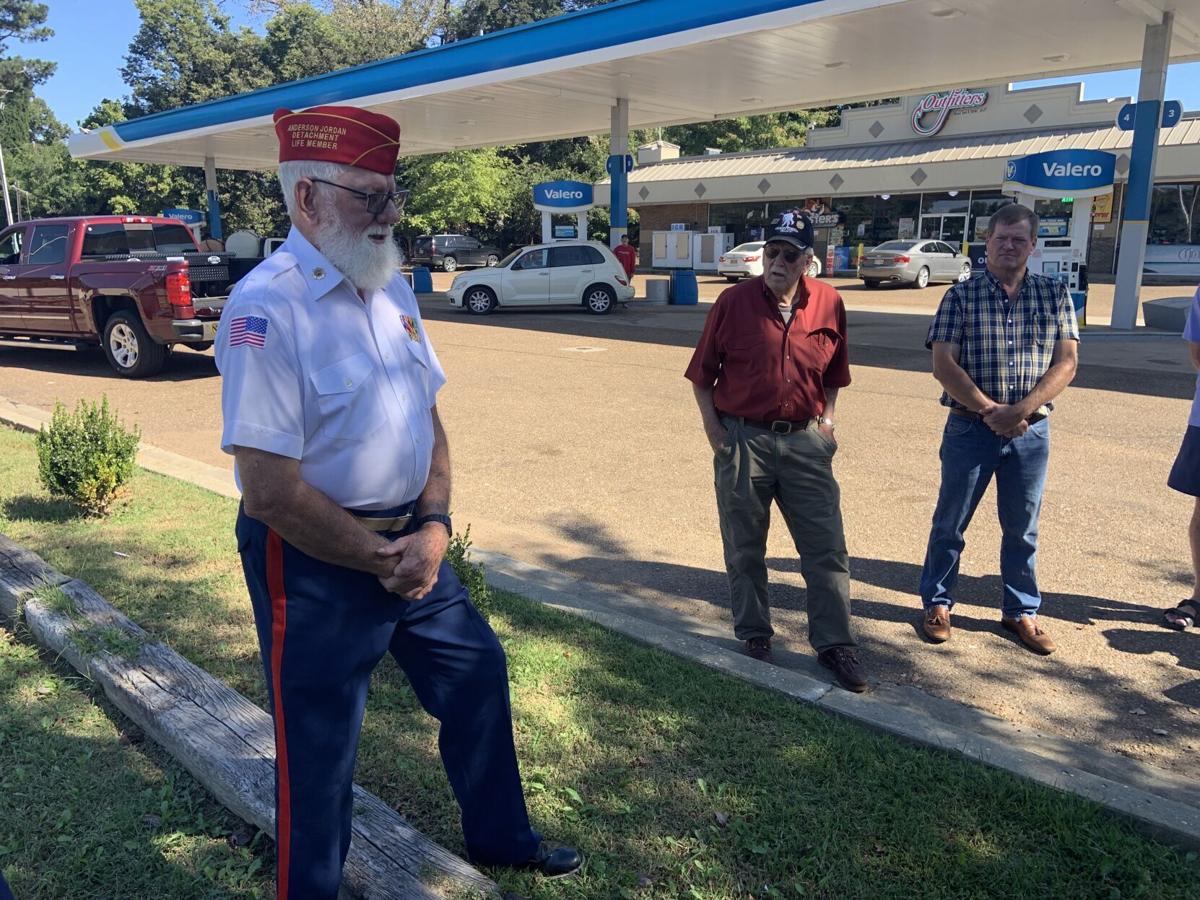 U.S. Marine Corps veteran and Purple Heart recipient Simon Dean, along with his brother, Lowry, assisted Pool with the effort to build the memorial.

Veterans and volunteers helped raise money for construction of a memorial to honor those who served in the Eudora community.

Long-time high school coach Robert Pool did not serve in the military, but spearheaded the effort to get a memorial built in their honor in Eudora.

U.S. Marine Corps veteran and Purple Heart recipient Simon Dean, along with his brother, Lowry, assisted Pool with the effort to build the memorial.

But as a young man, he came of age during World War II, Korea, and Vietnam and always admired those who did go off to war, men like Red Latham, a cousin who fought in the Normandy invasion, Mac Dees, Jr., who was killed in Italy during World War II, and his wife Billie’s uncle, Gip Earnhardt, who was blinded and disabled from a landmine in that conflict.

As a high school football coach at Hernando High School in the 1960s, plenty of the boys he coached went off to fight in the jungles of Vietnam. He gets misty eyed thinking about them to this day.

He recently counted over 40 graves of veterans buried in the cemeteries in and around the Eudora area.

“There are a lot of good men buried here who served,” Pool said.

Pool was disappointed that there wasn’t a veterans memorial in Eudora to honor their memory, so three years ago he decided to do something about it.

He approached Simon and Lowry Dean, a pair of brothers who both served in the military, about an idea he had to build a veterans monument out by the three flagpoles in front of the Outfitters store in Eudora. Together they began a campaign to raise funds to make it become a reality.

It wasn’t easy. In fact, he almost gave up, thinking it would never get built. But this week, Pool’s dream came true.

Pool gathered with Simon and Lowry,and other veterans, guests, and volunteers who made it all possible to admire the finished job.

The brick wall has been newly repainted with two additional flag poles added, and the words “some gave all” and “all gave some” on opposite sides in plastic block letters, accompanied by silhouettes of a soldier kneeling and paying his respect to fallen comrades.

“My eyes popped out when I saw it completed,” Pool said. “If you could have seen it before. The shrubs were dead and there was junk everywhere.”

Pool thanked the volunteers who helped make it a reality

“My part here is to thank you for what you put in to it,” Pool said. “Otherwise we wouldn’t have this. I can’t tell you how much I appreciate it. And I’d like to thank the veterans and to remember the ones who are gone that served.”

Pool reserved special praise for Teresa Brown, who donated her services to paint the wall. Brown’s son is currently serving in the Marine Corps, and her father was a helicopter pilot in Vietnam. Her husband’s uncle was Tom Hudner, Jr., a naval aviator who won the Congressional Medal of Honor after he intentionally crash landed his plane to try and save the life of his wingman, Jesse Brown, during the Battle of Chosin Reservoir during the Korean War.

“Without Teresa’s skills, we wouldn’t have anything,” Pool said. “She painted the wall and knew where to get the letters and did a heck of a job.”

Simon Dean, a U.S. Marine Corps Lance Corporal from Eudora who received the Purple Heart from shrapnel wounds from a booby trap in Vietnam, said he is proud to have a veteran’s memorial in Eudora.

“It turned out better than I thought it would,” Simon said. “I thank the ones who did the painting and the cutouts. I didn’t do much. I had a trackhoe and front-end loader and did pull the bushes up and that kind of stuff. But I didn’t do anything that took any talent. A lot of people had a hand in it and we are proud to have it.”

Lowry Dean said they owe a debt of gratitude to Pool for spearheading the effort and sticking with it to the end.

“He stayed on us and got some people interested enough to get something done with it,” Lowry said. “Thank the Lord we have people who will stand up for America, and for Robert Pool. He started putting a fire under us and we had excellent participation.”

He also recognized DeSoto County District 4 Supervisor Lee Caldwell, who secured use of the property on the county right-of-way.

“She sent surveyors out to see it,” Lowry said. “So I want to thank everybody who participated. We have gotten a lot of favorable comments about it. I am proud to be an American. I am proud to live in Eudora, Mississippi. And proud to gave people in my family and others who are friends of mine who served to make American great and keep it great.”

Caldwell, comes from a military family, said she is grateful to Pool and the volunteers who helped build the memorial, and to the men and women in the military who have served and continue to serve.

“In this world we have people who are talkers and we have people who are doers,” Caldwell said. “These people here are doers. This was a dream of Mr. Robert Pool. And he did it to honor our veterans and our nation, and I will be forever grateful and to each of you who stands in support of our military. That’s why we have the freedom to be here today.”

World War II veteran Olin Pickens, who spent over two years as a POW and will celebrate his 100th birthday in December, said he was impressed by the memorial.

“This is really nice,” Pickens said. “I never thought I would live to see the end of the war, much less turn 100. This is a nice tribute to all of us.”