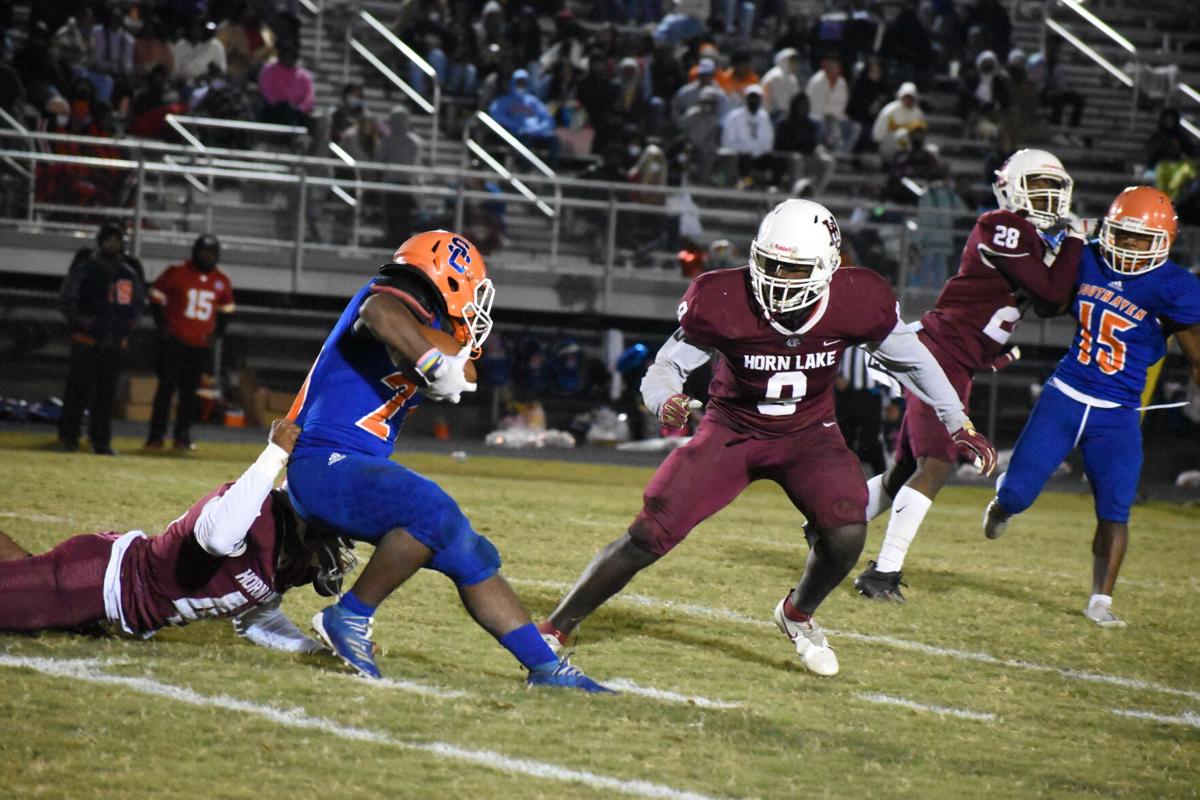 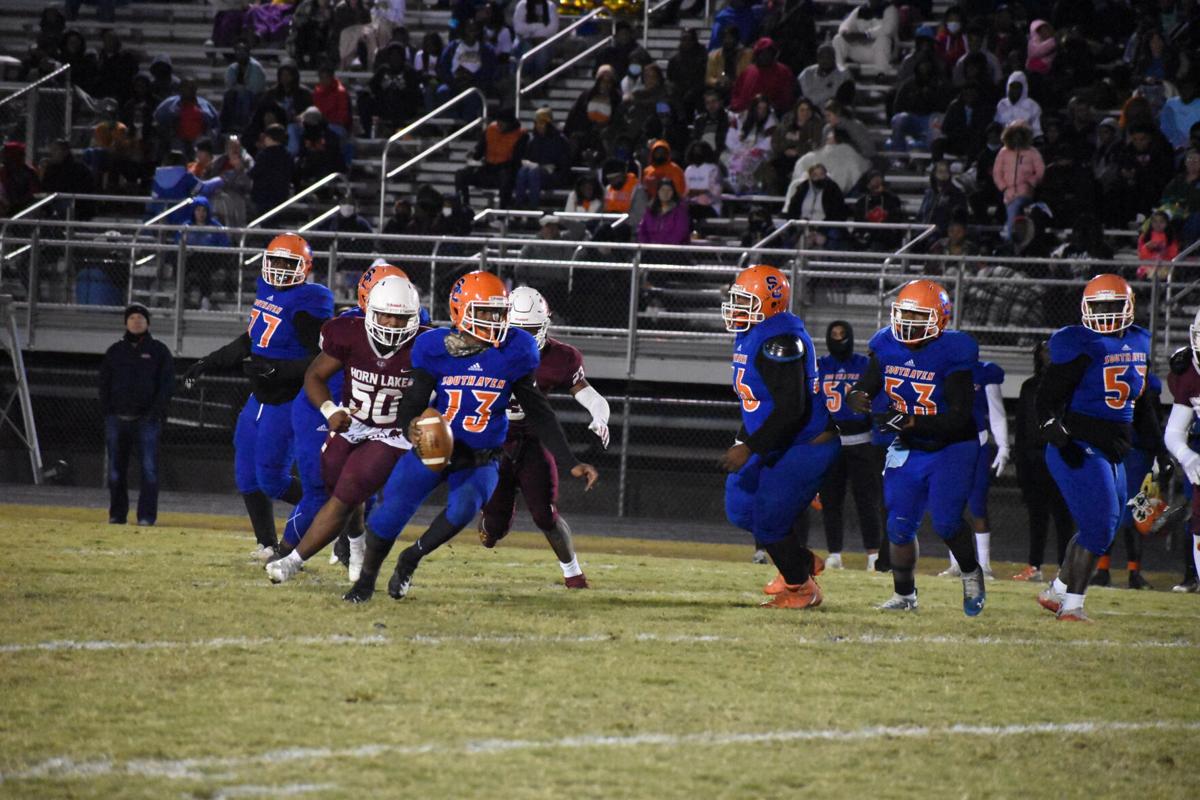 The Chargers beat Horn Lake 21-7 at Southaven, Thursday, to improve to 6-1 against district opponents and 8-3 overall in the last regular season game of 2021.

With the win over the Eagles, Southaven secured the No. 2 spot in the district to be one of the four teams in Region 1 - 6A to qualify for the state championship tournament.

“I’m excited. It’s been a long time since we’ve hosted [a playoff game,]” said Chargers’ Head Coach Eddie Stevenson. “I’m really proud of my boys and proud of my staff for this opportunity.”

The Eagles and the Chargers punted back and forth for the first quarter of their final regular season game. Neither team was able to get into the end zone until later on in the second quarter.

The two teams traded possessions a few more times to start the second, unable to find much success until Southaven worked their way up to the Eagles’ 1-yard line on a meticulous drive.

Horn Lake’s defense held them there for three plays, but on fourth-and-goal from the 1-yard line, Calvin Williams punched through for the first touchdown of the game. The Chargers attempted a 2-point conversion but failed and left the score at 6-0 with 5:39 to play in the half.

After a couple more punts, the Eagles found their first touchdown while playing defense. From Horn Lake’s 27-yard line, Chargers quarterback Ja Kylan Robinzine fired a pass that Jessie Oliver intercepted and carried more than 70 yards to score a touchdown. The PAT from Rafael Correa was good and put the Eagles in the lead, 7-6 with 29 seconds left in the half.

After a scoreless third quarter, the Eagles were in a good position and looked ready to grow their lead. Quarterback Trinton Conder let loose a long pass that connected with Erwin Reed to move the Eagles into Southaven’s red zone.

The Eagles pushed up to the 7-yard line but fumbled the football and the Chargers regained possession at their own 29-yard line. A 41-yard rushing play moved them to the other side of the field at Horn Lake’s 30-yard line, but one play later, Dontavious Allen intercepted the ball off of a deflected pass.

Horn Lake wasn’t able to make anything of the possession though, and punted it away and then forced Southaven to do the same. On the Eagles’ next drive, they quickly turned the ball over with an interception.

A 30-yard rushing touchdown by Dontavious Brevard put Southaven back in the lead with 4:24 left to play. The Chargers went for another 2-point conversion and found success to put the score at 14-7.

“In the second half, the run game came through well and got us rolling,” Stevenson said. “We created a couple of turnovers, but they kicked it into gear.”

Southaven’s defense stopped Horn Lake and got them to punt again. The Chargers then made quick work of the drive with a 60-yard run by Williams to move to the Eagles’ 10-yard line. Williams scored the final touchdown of the game on a 2-yard carry with 45 seconds left to make it 21-7.

“We were able to get some big runs and just basically start grinding and pounding to get it taken care of,” Stevenson said.

The Chargers will play their next game, the first round of playoffs, Friday, Nov. 12, at 7:00 p.m. in Southaven. They will face off against Clinton, the third-place team Region 2 - 6A.