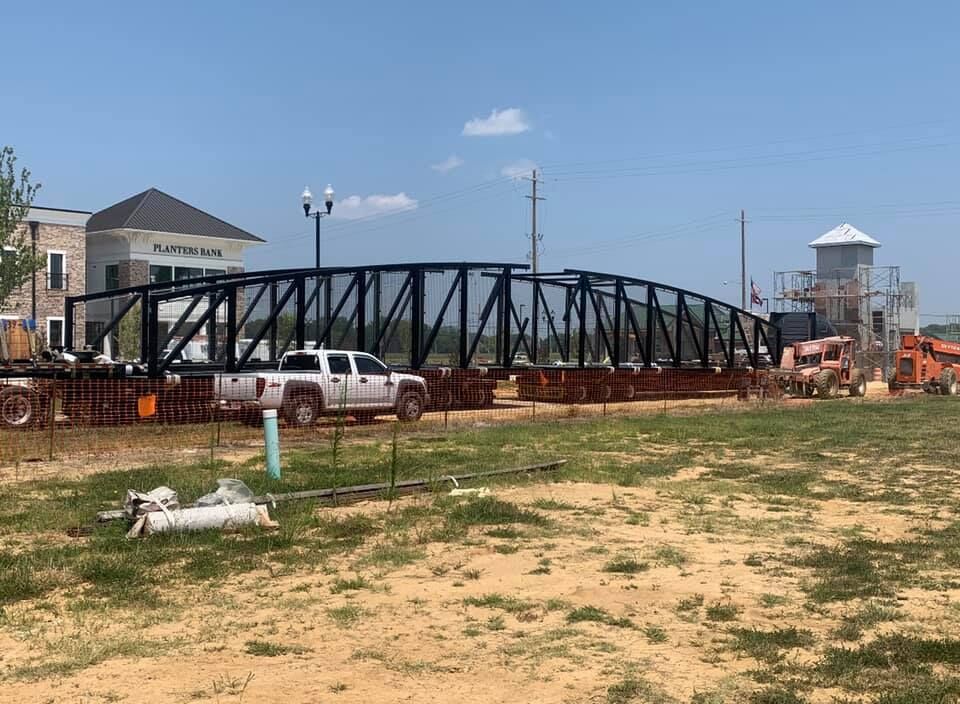 Contractors will lift the pedestrian bridge span into place on August 19. 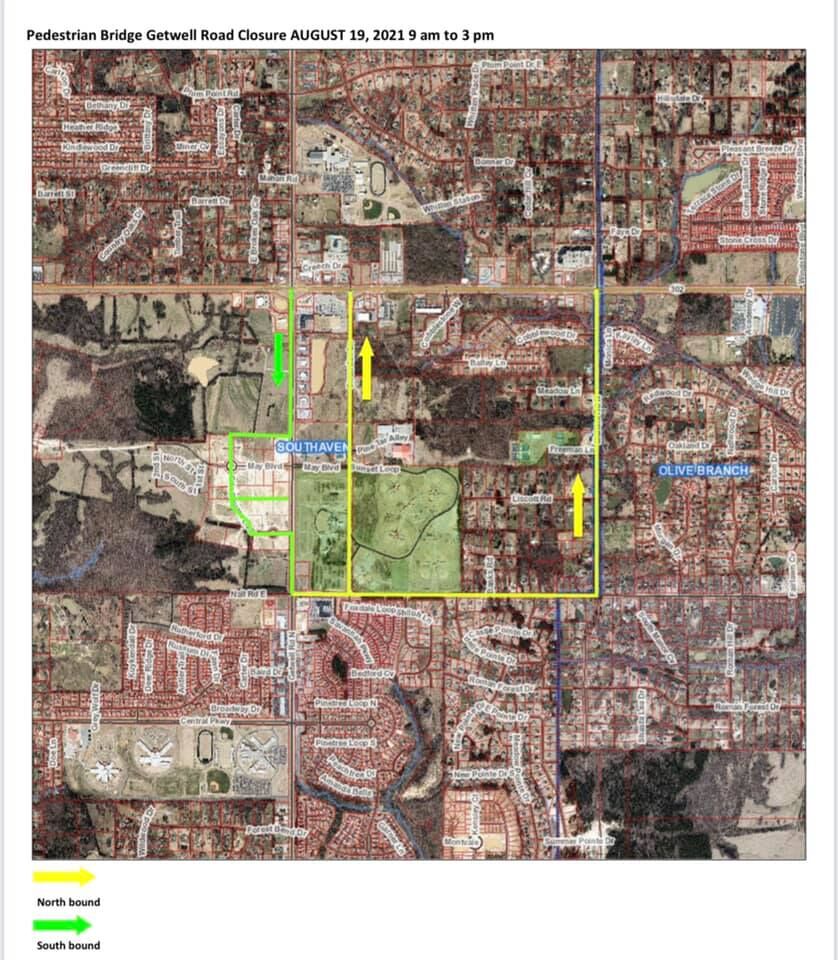 Traffic on Getwell Road will be detoured while the bridge span is installed.

Contractors will lift the pedestrian bridge span into place on August 19.

Traffic on Getwell Road will be detoured while the bridge span is installed.

Contractors will hoist the actual bridge structure on the elevator towers of the pedestrian bridge at Getwell and May Boulevard on August 19.

Mayor Darren Musselwhite announced on Friday that the work will take place between the hours of 9 a.m. and 2 p.m.

“Obviously, Getwell Road facilitates a large traffic volume, so much information was considered and vetted to determine the timing of this work,” Musselwhite wrote in his mayor’s post on Facebook. “We will have a heavy Police presence during this time to assist drivers and make this detour as efficient as possible.”

Musselwhite said the pedestrian bridge is an exciting project that will be worth the temporary inconvenience.

The $1.9 million bridge is located near the May Boulevard entrance to Snowden Grove Park and was designed by UrbanArch Associates. When completed, the bridge will link the city’s walking trails at Central Park and Snowden Grove Park, as well as help with traffic and safety flow along Getwell Road and May Boulevard as development progresses at the $225 million, 288-acre commercial, retail and entertainment area at Silo Square. The bridge will also serve as a four-way traffic signal.

The bridge design is similar to ones at Vanderbilt University, the University of Missouri, and one in Foley, Alabama. City officials envision the bridge will be an iconic feature along with Snowden Grove Park, and become a marketing tool to increase tourism.

“As stated many times before since this project’s inception in 2019, this bridge will connect the largest pedestrian trail in Desoto County history as it literally “bridges” the gap between the Tchulahoma (Central Park) multi-use trail and the Snowden Grove multi-use trail, both nearing completion,” Musselwhite said. “It will also improve traffic safety as it will separate pedestrian traffic from vehicular traffic in this high-volume corridor. In addition, it has already proven to be a key link to economic development on both sides of Getwell Rd which will pay exponential financial returns on our investment to our city in the future. Furthermore, this bridge will become an iconic site for our city and cultivate quality of life in our very first entertainment district.”

Musselwhite is urging residents to plan an alternate route for a short time on August 19, and is inviting residents to walk with him in October across the first pedestrian bridge ever in the history of Southaven and Desoto County is completed.