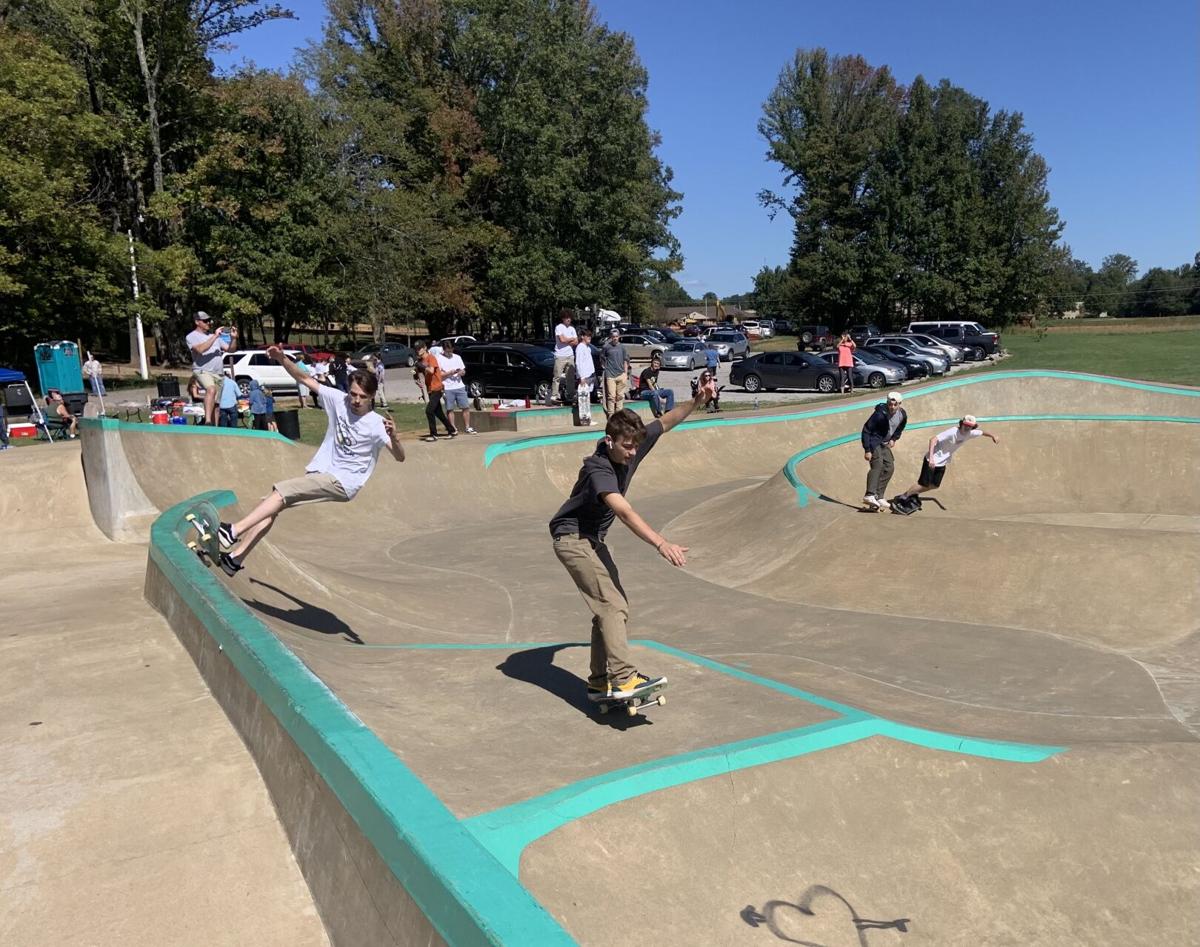 Skateboarders practice their tricks at Pidgeon Park in Hernando during a break in the skate contest. 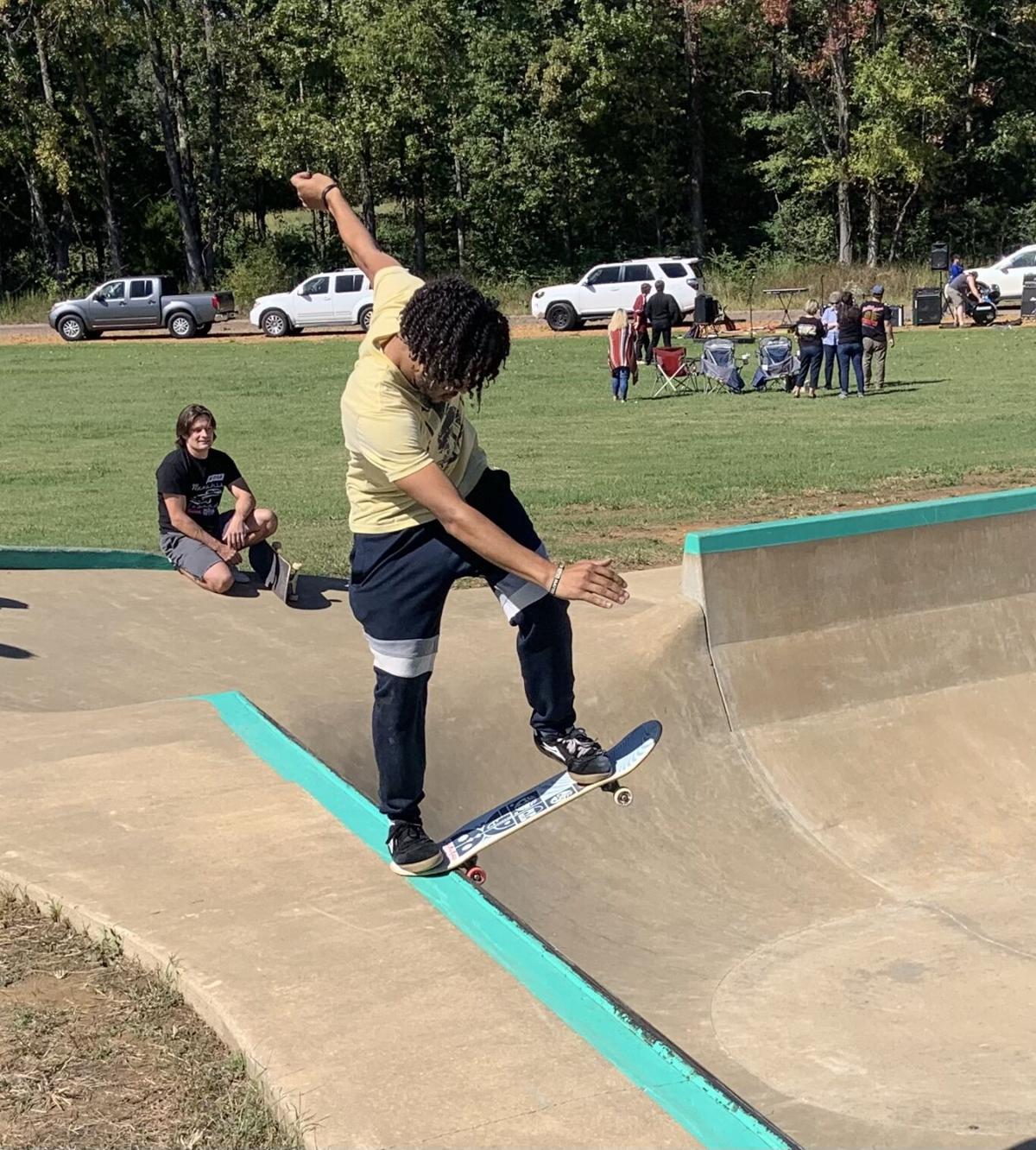 Titus Gillard came all the way from Tupelo to compete. 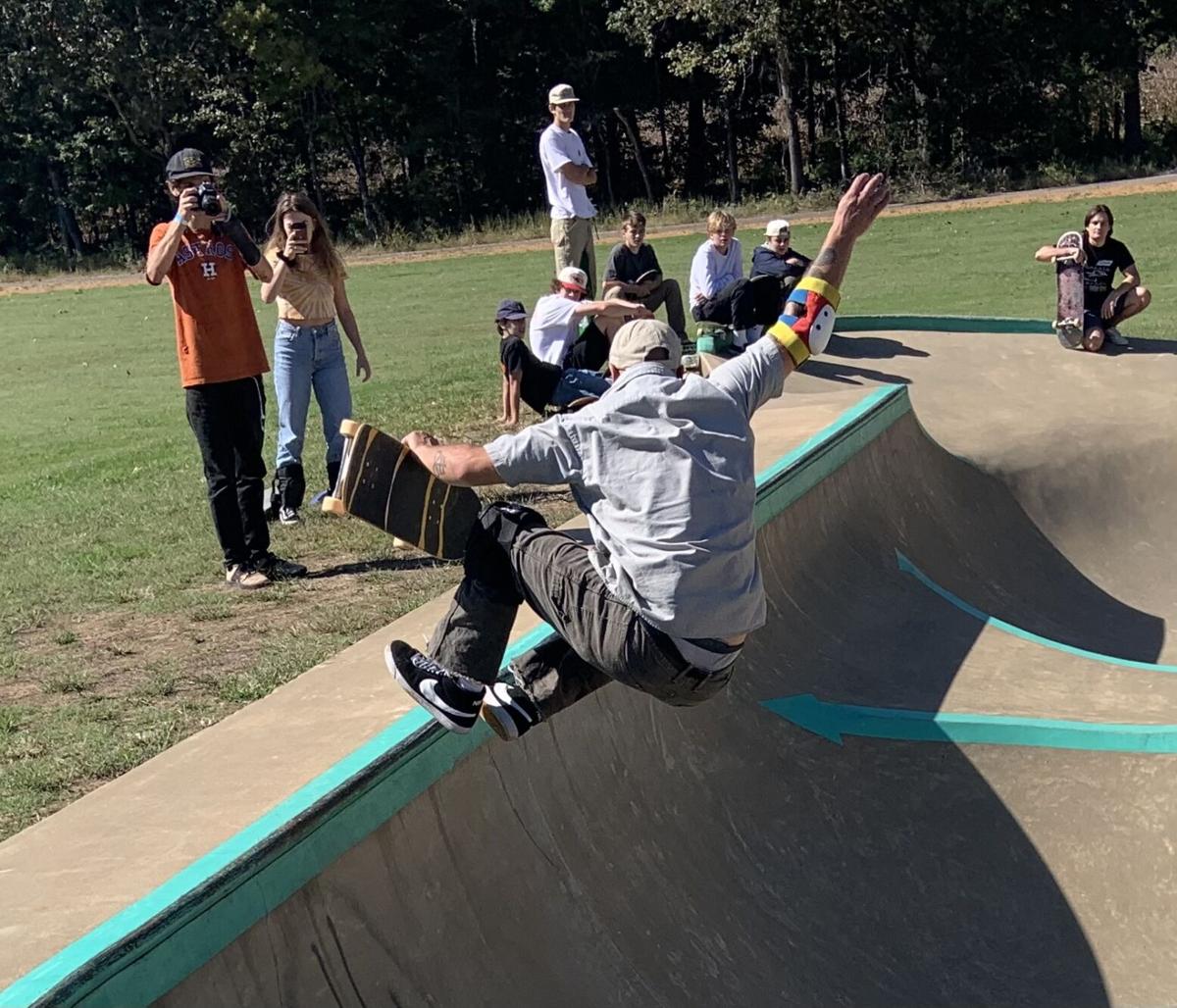 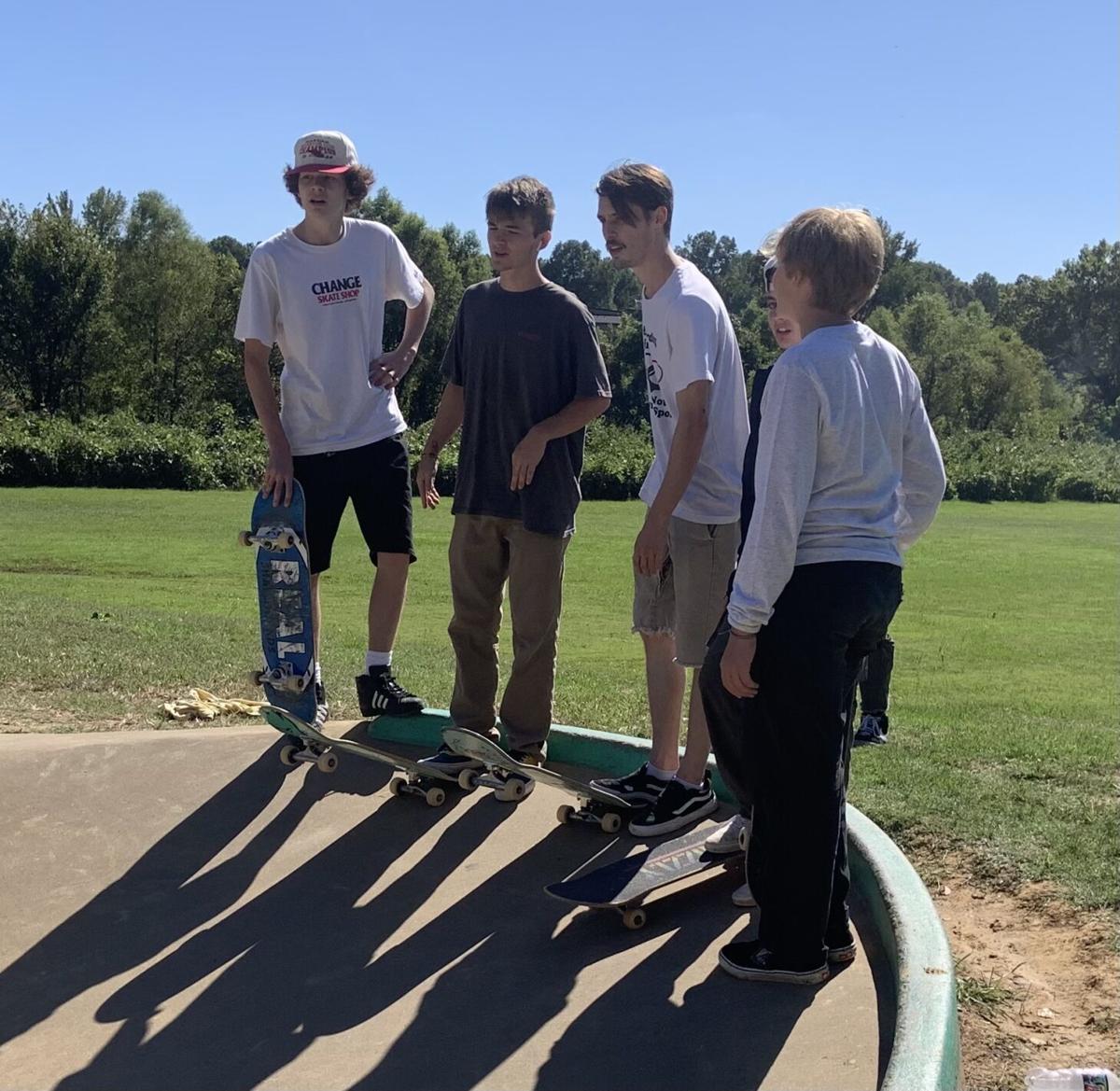 Fellow skateboarders scope out the competition. 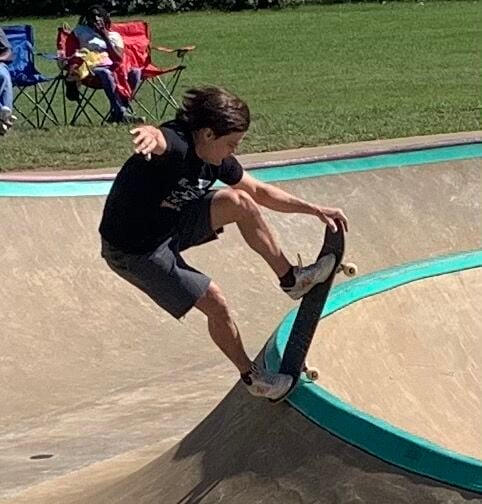 Competitors showed off their skills at tricks like the 5-0, inverts, and grey slides.

Skateboarders practice their tricks at Pidgeon Park in Hernando during a break in the skate contest.

Titus Gillard came all the way from Tupelo to compete.

Fellow skateboarders scope out the competition.

Competitors showed off their skills at tricks like the 5-0, inverts, and grey slides.

Skateboarders from across the Mid-South area gathered in Hernando Saturday to show off their best “5-0” , “inverts”, “greyslides” and other moves to help raise money for construction of a new addition to Pidgeon Park.

The skate contest was organized by Hernando Skates, a non-profit group made up of skateboard enthusiasts who helped raise money to build the skate park in 2015.

The park was the dream of Edward Pidgeon, a long-time DeSoto County activist who took on the skatepark project as a memorial to his brother, Frank, who took his own life in 1968 at age 17. Pigeon died in 2019, but his vision to expand the park continues.

Miranda Williams, who joined Hernando Skates in 2005, said they are raising money to fund Phase 2, which will add a plaza style skate park next to the existing one.

“This is a bowl style park,” Williams said. “The plaza is more of a streetscape. There will be handrails, benches, curves. We’re also going to add some landscaping to it to match what’s already in Renasant Park.”

Williams said they will be applying for a $150,000 grant through Mississippi Department of Parks and Wildlife Fisheries, the same grant that enabled them to build the first phase.

Hernando Skates was instrumental in the city getting the first $100,000 grant for the park, and helped raise $50,000 on their own to build the 6,000 square-foot structure.

“It’s an 80-20 grant grant,” Williams said. “So we are responsible for the other 20 percent. A year from now, if we get the grant, there will be a second park here.”

Williams isn’t a skateboarder, but shared Pidgeon’s vision of the need to build a facility where kids could skate and have fun in a safe environment.

“I grew up here in Hernando, and when I was going to high school, it was illegal to skate in town,” Williams said. “You couldn’t get on the sidewalks. Kids would have their boards taken from them. I’ve had several friends who went down the wrong path looking for a place to skate. Often they found themselves in the wrong part of town around people who were not the best. So for me, that was the inspiration to get involved. If I can help one child not go down the wrong path, it’s worth the effort.”

Pidgeon Park has gained an excellent reputation among skateboarders and attracts users from as far away as California and Oregon who come to Hernando specifically to skate at the park.

“I get messages all the time from people all over about how much they like this park,” Williams said. “When you get in there, it feels like you are surfing on the ocean.”

Titus Gillard, who is 22 and has been skateboarding since he was eight years old, drove from Tupelo to compete.

“This park has the most transition and flow compared to other parks in other areas,” Gillard said. “I’m glad they are having a fundraiser to get more things out here.”

Gillard competed in the advanced or “not beginner” category.

“It’s good to see everybody out here pushing each other and everybody getting good height and some tricks down,” Gillard said.

Contest judge Kris Gilley said they look at the kind of tricks that the contestants are attempting in order to determine who advances to the next level.

“We kind of judge them against themselves,” Gilley said. “We’ve skated with some of these people and have really seen enough of them today that we know the things that are hard for them and the things that are easy for them. We can tell when somebody is trying hard and showing some real technique.”

Ian Smith, a skateboarder from Southaven, said it was a fun contest to compete in with a good mix of tricks.

“It’s fun seeing what the others can do,” Smith said.

Smith, who has lived in Colorado and California which are known for their world class skate parks, said he’s grateful that Hernando has such a good facility.

“To be able to come back to DeSoto County and see a park like this is incredible,” Smith said. “This is very professionally done. It is a word class skate park in my mind.”

The contest raised about $1,000 and the winner walked away with a new custom skateboard and other prizes.