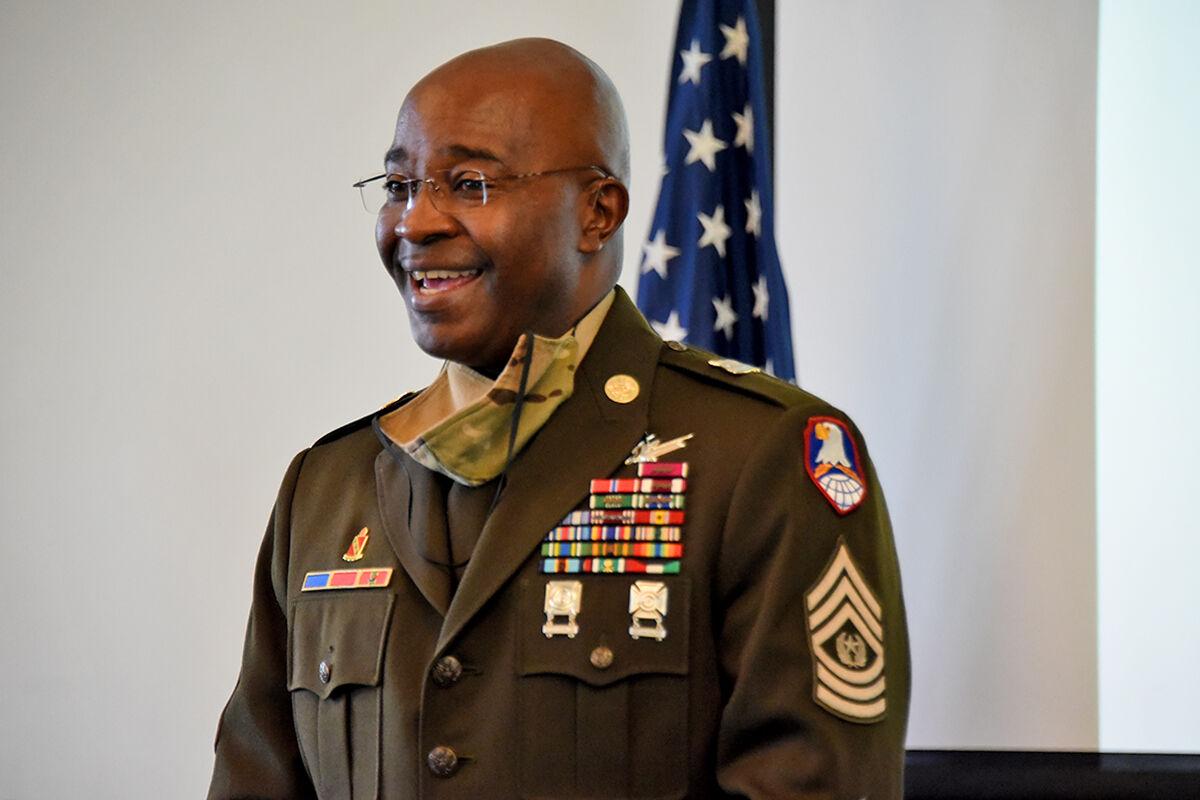 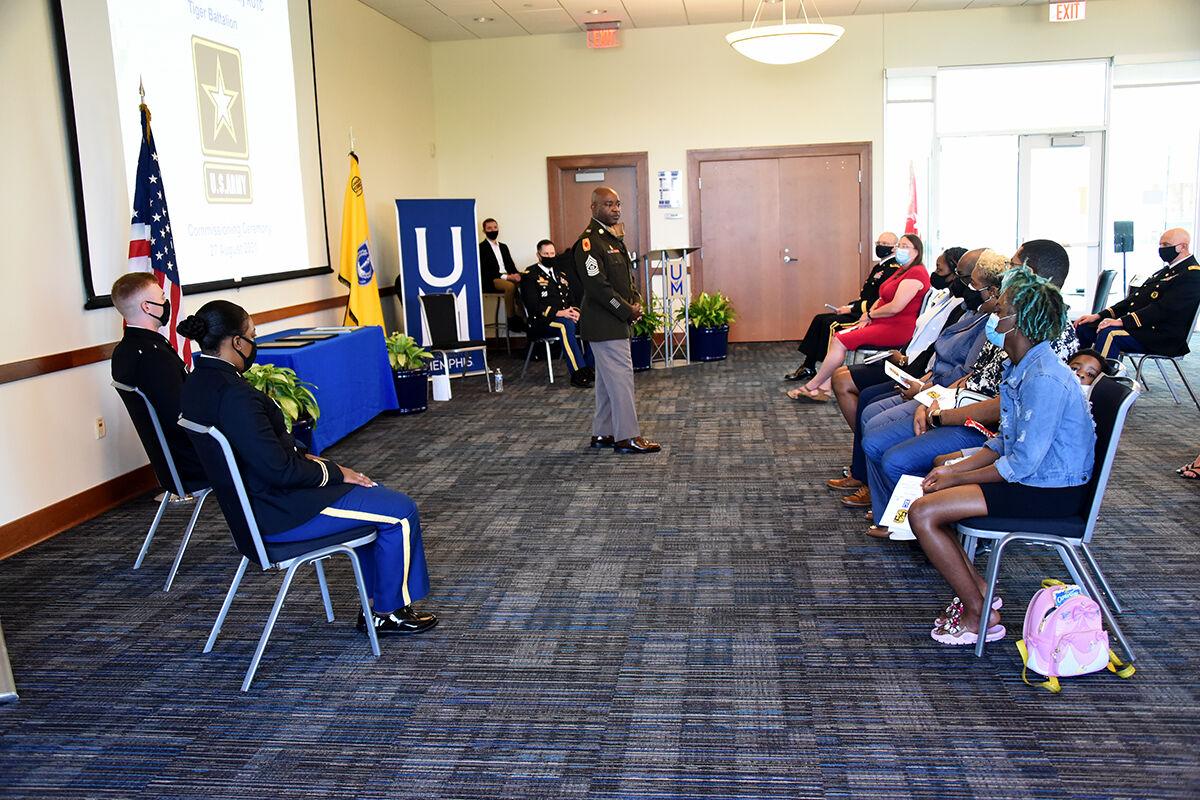 Dodson encouraged the newly commissioned officers to define who they are and how they want to be known.

Dodson encouraged the newly commissioned officers to define who they are and how they want to be known.

Two new officers became members of an elite group – the less than 1% of the U.S. population who serve in the armed forces – during a U.S. Army commissioning ceremony at the University of Memphis, Aug. 27.

Dodson, who has served for 34 years, referred to himself as a seasoned command sergeant major, and told the audience he knows who he is and what he can do. He said the most important thing the new officers can do is to take care of their troops and let them know they are there for them.

“No matter where you are in life, how you treat people is going to be defined by how people want to relate to you,” Dodson said. “That goes into dignity, respect, accountability, and you standing up for them.”

Dodson told the officers that the name for themselves they develop through their choices, behaviors and actions will follow them, whether they like it or not.

“Can we present forces that are technically and tactically proficient?” Dodson asked. “The answer is yes.”

Part of what makes Soldiers proficient is counseling and correction, he said.

“We take care of one another,” Dodson said. “And that’s what has to be maintained, whether it’s you telling someone when they’re right, they’re right; when they’re wrong, tell them in the right way: dignity and respect. There’s nothing wrong with correction when you do it the right way. That’s how people get better.

“Some people look at counseling as a negative, but counseling is so important,” Dodson said. “There is nothing wrong with somebody telling me how to get better, or what I’m doing right, and how to strengthen myself.”

On behalf of Army senior leaders, Dodson thanked the new officers for their service.