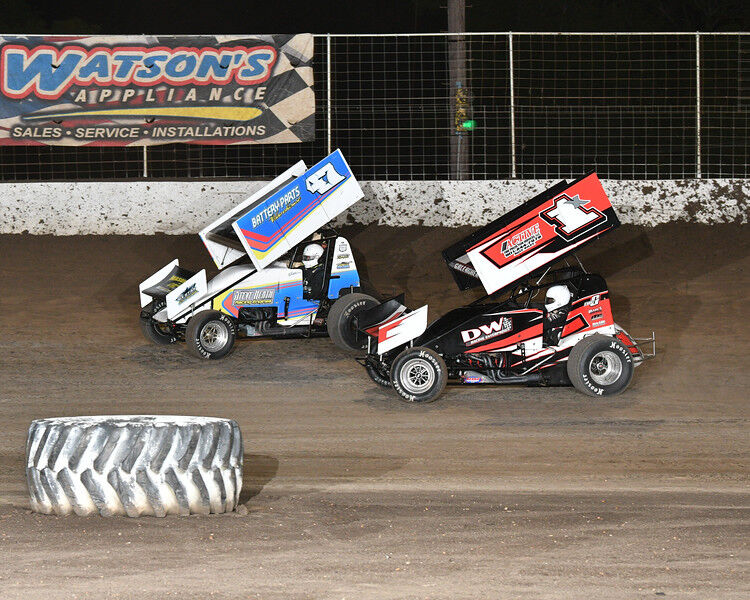 Eddie Gallagher in the 1X car battles for the lead in a recent winged sprint car race at Riverside International Speedway in West Memphis. 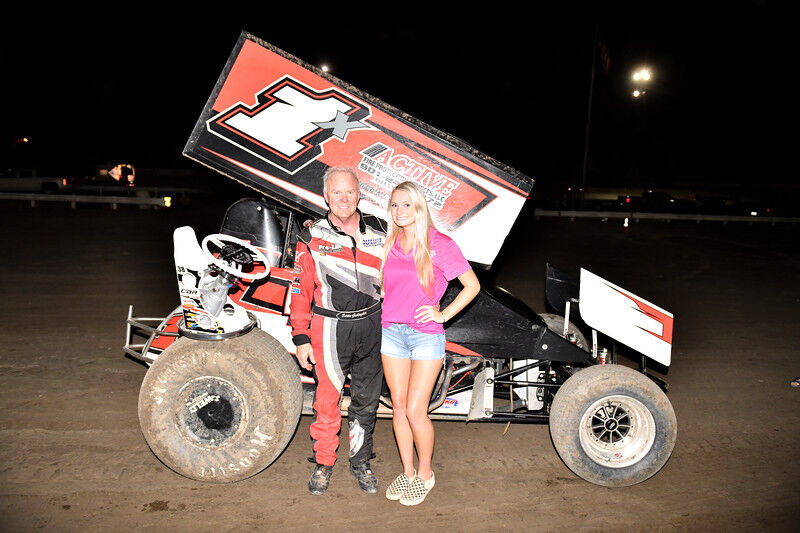 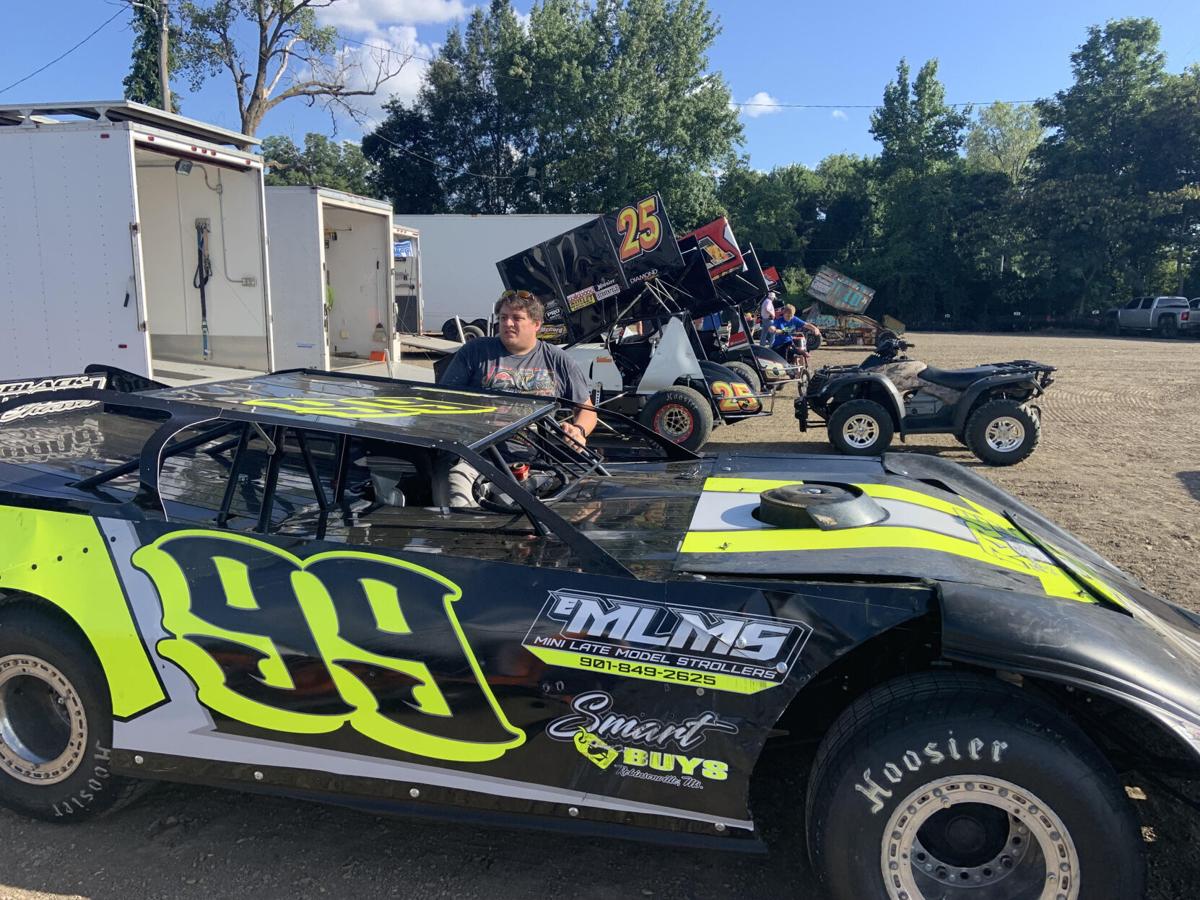 Brandon Poppenheimer climbs out of his electric modified race car to make some pre-race adjustments. 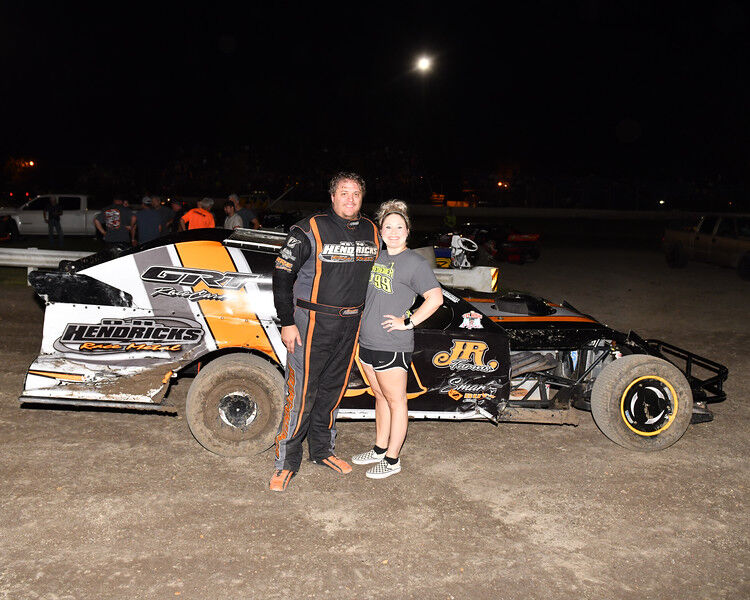 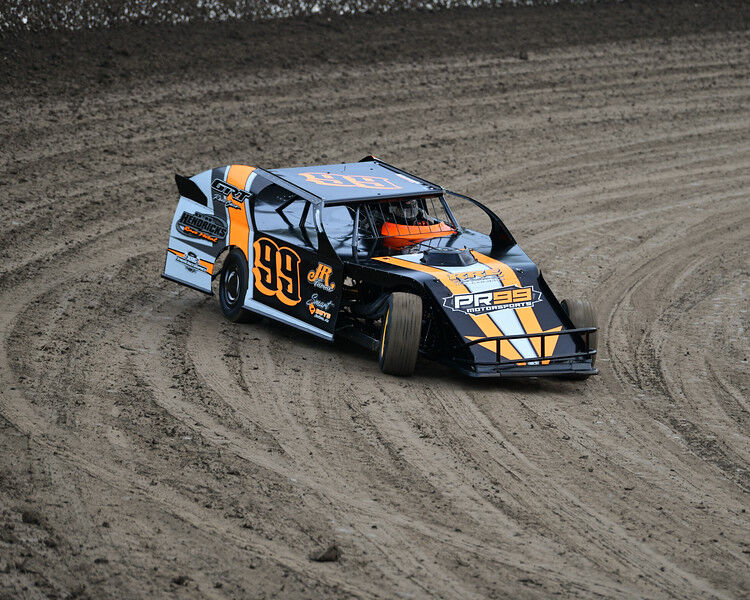 Brandon Poppenheimer on the track at Riverside International Speedway racing in the modifieds feature.

Eddie Gallagher in the 1X car battles for the lead in a recent winged sprint car race at Riverside International Speedway in West Memphis.

Brandon Poppenheimer climbs out of his electric modified race car to make some pre-race adjustments.

Brandon Poppenheimer on the track at Riverside International Speedway racing in the modifieds feature.

Eddie Gallagher first got behind the wheel of a sprint car in 1983.

And at 62 years-old, the Olive Branch resident is still racing - and winning against guys who are in their twenties.

“I feel pretty good to be 62,” Gallagher said. “I tell the guys I work with, you know, I remember when I was young and my dad was 50, he couldn’t do what I am doing when I am 62. When I was younger, I kind of took care of myself. And I still try and eat halfway healthy.”

The only thing Gallagher has throttled back on is the number of nights he travels to race. Back when he was younger and hot and heavy trying to make a name for himself in racing, Gallagher said he would travel to race tracks all over the southeastern United State and compete 55 nights a year.

“There are a lot of races I could go to,” Gallagher said. “And I still do every once in a while. When you stop and think about it, 55 nights is a lot of nights a year. Plus if you have a full time job.”

The track, nicknamed “the ditch,” was built in 1950 and is the oldest surviving dirt race track in the Memphis area, and the oldest continuously operating track in Arkansas. The track is known for its high concentration of clay in the gumbo soil.

Gallagher used to hitch a ride to the track when he was 11 years old with his neighbor, who raced stock cars there.

“For me, it’s the history of the place,” Gallagher said. “I grew up watching “Hooker” Hood and Zane Ray Walls racing. And it’s convenient as well. It’s a Saturday night. It’s close. I don’t pull in the driveway any more at 2 or 4 a.m. after a race.”

In fact, you’ll find many race car drivers from DeSoto County on any given Saturday competing at Riverside International Speedway. Besides Gallagher, Donny Howard from Hernando, Marty Meredith from Olive Branch, Kenny Coke from Olive Branch, Michael Moore, Jr., and Brad Bowden from Hernando to name a few also compete in winged sprints against Gallagher.

“I think there is a lot of good, young talent out there,” Gallagher said. “A lot of it is their family or somebody around them that has been going to the races all their life, and that’s how they got interested in it. Chase Howard lives in Nesbit. He’s a good racer. Ronnie is raising him right. He makes him get out there and wash the car and work on it. That gives him some skin in the game. They realize if they tear it up, they have to get out and fix it.”

Brandon Poppenheimer has been racing something with wheels for 27 years. The 35 year-old driver from Nesbit got the racing bug from his father, Poppy Poppenheimer

“I was raised in it,” Brandon said. “But I’m competitive when it comes down to it. That, and I guess adrenaline and the thrill of it.”

Brandon already has two late model wins and one modified win at Riverside International Speedway this year. But overall, he’s won 10 track championships and 75 to 100 wins in his racing career.

Poppenheimer, like Gallagher, also loves the history of Riverside and its closeness to home base in Nesbit.

“It’s usually some pretty good racing here,” Brandon said. “It’s a smaller track. But it can be pretty exciting.”

His father, Poppy, ran his first race at the track in 1960. He’s 73 years old now and no longer races, but still enjoys coming to the track and watching Brandon and the other race car drivers.

“It’s an all around good track,” Poppy said. “I love it. He really loves it. And as long as he likes to race, we’ll be here.”