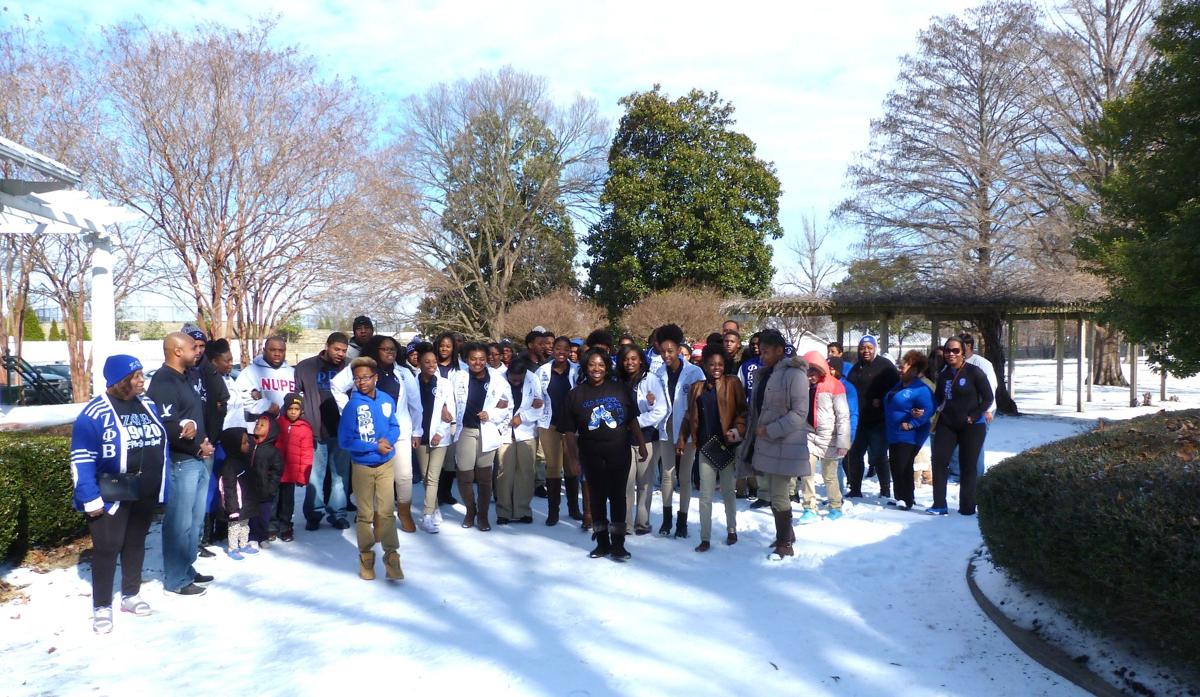 More than 100 people came together Monday on the snow-covered lawn of the Snowden House in Southaven for the commemoration of the legacy of the late Dr. Martin Luther King, Jr. 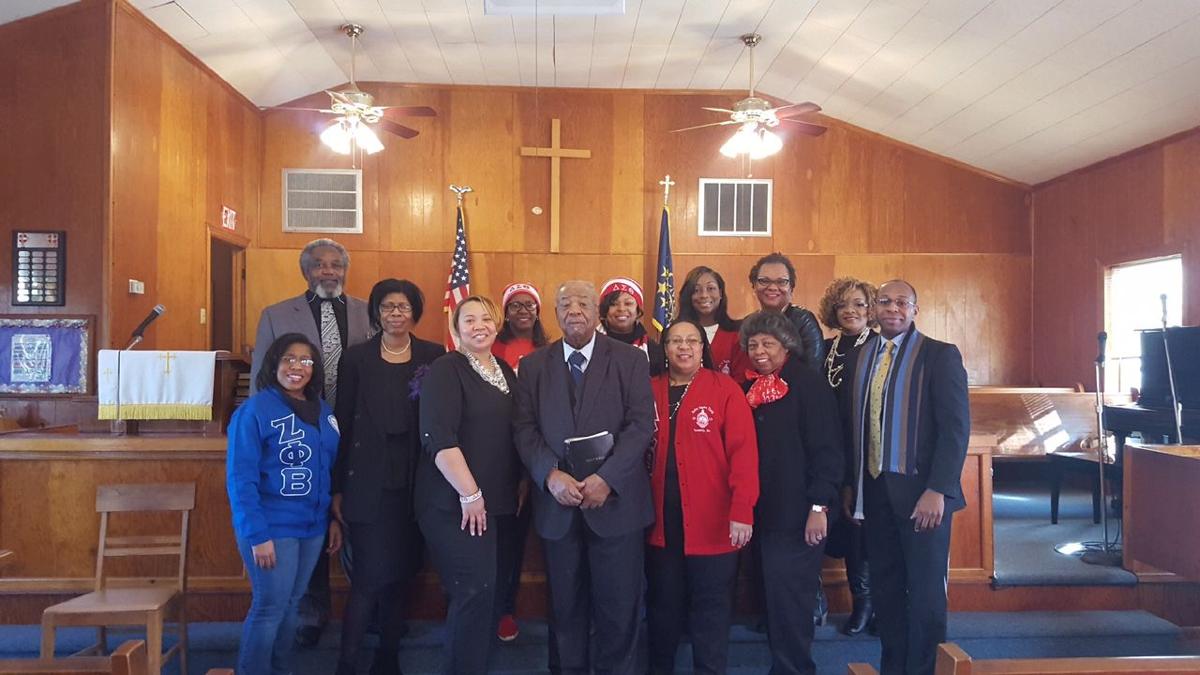 More than 100 people came together Monday on the snow-covered lawn of the Snowden House in Southaven for the commemoration of the legacy of the late Dr. Martin Luther King, Jr.

Walking surefooted on ice and snow, more than 100 strong gathered to commemorate the legacy of Dr. Martin Luther King, Jr., at the Snowden House on Monday, on the birthday of the slain civil rights leader.

"For me, the legacy of Dr. Martin Luther King, Jr., is a challenge," said Edna Williams with the DeSoto County Chapter of Delta Sigma Theta. "It's a challenge especially in the environment we're living in," added Williams, referring to the current, resurgent climate of division and hate that has resurfaced in America. "The struggle is not over. We need to bring unity and speak as one people."

Neffie Gatewood, President of Psi Beta Zeta, wasn't even alive when Dr. King lived, or at the time of his death in Memphis on April 4, 1968. The year 2018 marks the 50th anniversary of his assassination by drifter and escaped convict James Earl Ray.

Gatewood, who was born in 1972, said King's legacy transcends time.

"For me, personally, his legacy is the unity and purpose for all of us to be able to come together, all races and all ages," Gatewood said. "I think what we all need right now is love and kindness. I don't think we have that like it used to be. Our chapter's motto is that we are one chapter united on one accord."

"For many of us, and me personally, it's the importance of faith shaping our future," McLaurin said, adding that was the theme of guest speaker, Pastor John W. Carter. "We have the faith. Now, we have to put that faith into action."

McLaurin said too many families have to grapple with such issues as hunger, from lack of food, proper nutrition and healthcare, and an overall sense of empathy for "the less fortunate among us."

"My hope is that we put all of our efforts together — that includes churches, nonprofits, businesses, all united for a common cause. If we do that, we will see a positive change."

Robert Lee Long is Community Editor for the DeSoto Times-Tribune. He may be contacted at rlong@desototimestribune.com or at 662-29-6397, Ext. 252