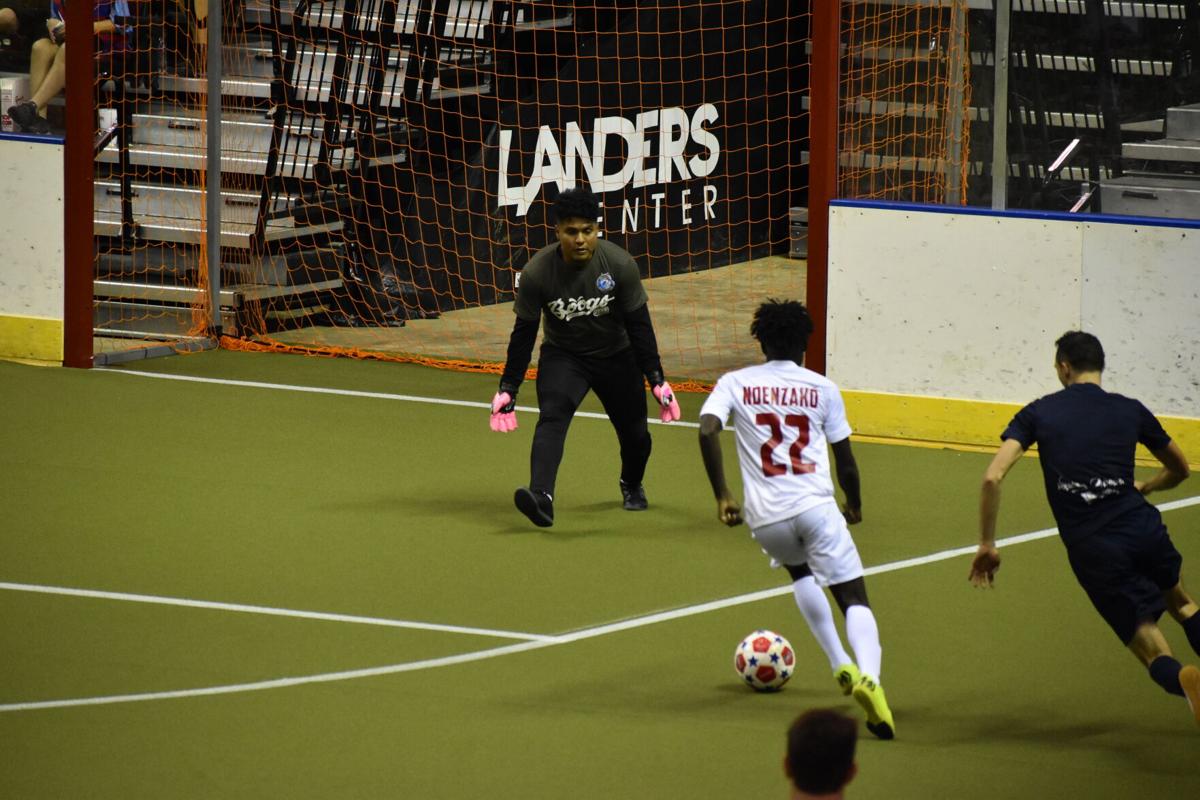 Paulo Ndenzako takes a shot on the Columbus Rapids’ goal during the Memphis Americans’ inaugural game Dec. 26. The Americans won 6-0. 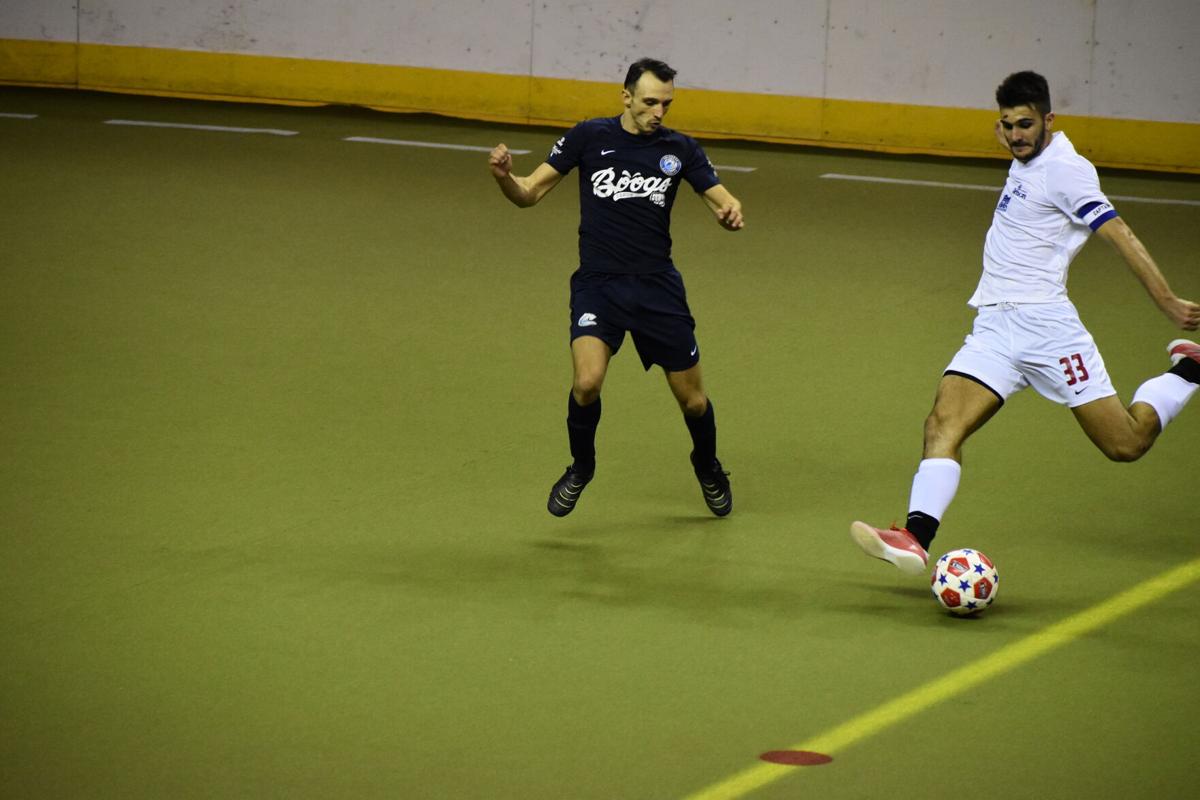 Djordje Djordjevic takes a shot on the goal. Djordjevic scored two goals during the game. 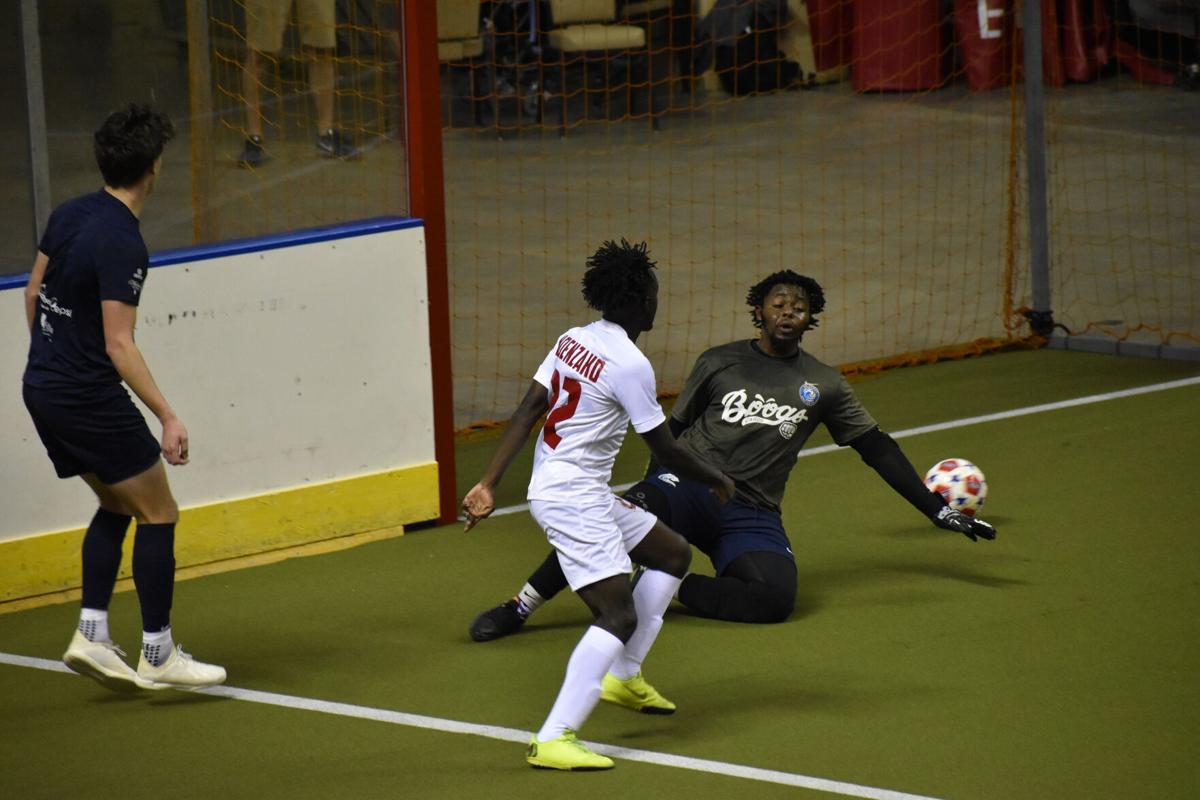 The Columbus Rapids’ goalkeeper blocks a shot from Ndenzako.

Paulo Ndenzako takes a shot on the Columbus Rapids’ goal during the Memphis Americans’ inaugural game Dec. 26. The Americans won 6-0.

Djordje Djordjevic takes a shot on the goal. Djordjevic scored two goals during the game.

The Columbus Rapids’ goalkeeper blocks a shot from Ndenzako.

It was a night of firsts as the Memphis Americans scored their first goal of the season, earned their first shutout and first win in front of a crowd of about 1,800 at the Landers Center Dec. 26.

The Memphis Americans men’s team took down the Columbus Rapids 6-0 in the first professional indoor soccer game in the Mid-South since 1984.

“Shutouts don’t happen that often in indoor, so that’s a great way to start the season,” Americans’ midfielder Mike Scharf said. “A lot of these guys are first time indoor players so this is just great.”

“It’s always good to score the first goal of the franchise and start off so everybody can get the same energy,” Laidley said. “It was very exciting to have this much energy around us, especially right after Christmas when we didn’t know how it would be.”

In the next quarter, Samuel Castro scored the only goal with 4:46 to play to put the Americans up 3-0 at half time.

Djordjevic scored his second goal of the night after half time with 6:20 to play in the third. His goal put the Americans at 4-0 and was followed by a goal from Mike Scharf with 2:20 to play.

Scoring the final goal of the game was Corey Adamson, Americans’ midfielder and head coach, who scored in the fourth quarter with 1:37 left on the clock. Adamson’s goal marked the end of the action and the game ended 6-0.

Americans’ goalie Piotr Sliwa experienced a personal first in the season opener. The shutout, which is much rarer in indoor soccer than in traditional, was his first one in eight years.

“They don’t happen often, probably once or twice a year,” Sliwa explained. “It’s special. I kind of earned it too because I had some saves and I got blasted a couple of times.”

The Memphis Americans will face off against the Rome Gladiators Dec. 30 at the Landers Center for their next game.