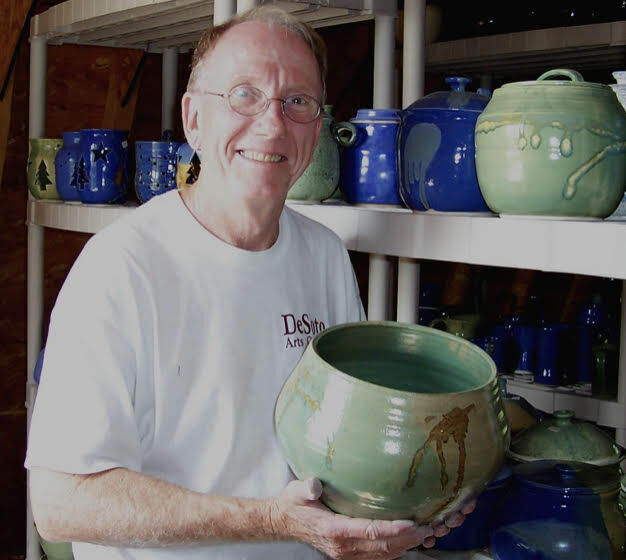 Anderson shows off one of his hand crafted bowls. 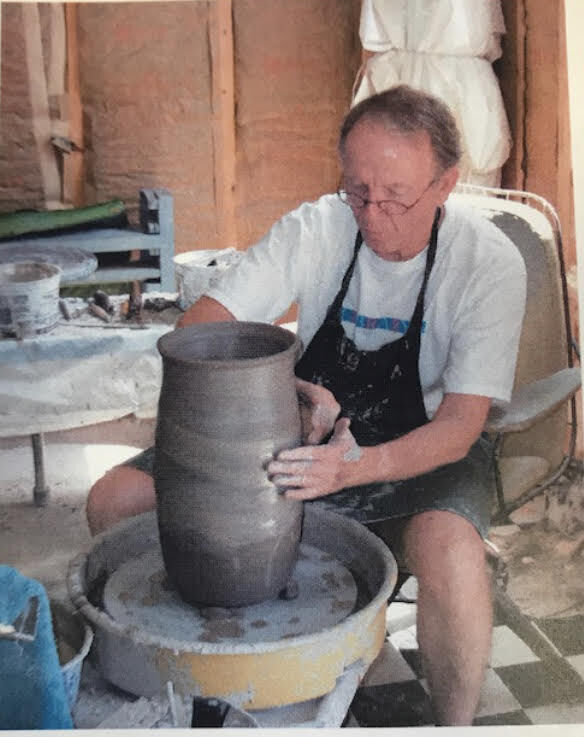 Anderson has been working with clay for over 25 years. 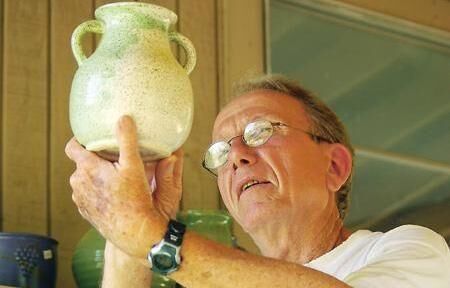 Anderson shows off one of his hand crafted bowls.

Anderson has been working with clay for over 25 years.

Jim Anderson has always enjoyed watching potters make cups, bowls, and other clay objects on a potter’s wheel over the years at the many craft fairs he and his wife would visit.

About 25 years ago, his wife noticed that Northwest Mississippi Community College was offering a class on pottery and suggested he sign up.

He still remembers his first attempt at making a small bowl.

“It was bad,” Anderson said. “The top was ragged. Parts of it were too thin. It was a mess. But I was very proud of it.”

Anderson kept at his new found hobby though, working out of a shop at home, and eventually reached a point where he was able to sell some of his own mugs, plates, and bowls at craft fairs.

But after downsizing to a smaller home in Hernando, the 80 year-old craftsman’s days of sitting at a potter’s wheel and firing his creations in a kiln have come to an end.

Anderson retired from his second career as a master potter and has donated his remaining pottery items to Friends of the Hernando Public Library.

The library boosters will be holding a large fundraising sale on Saturday featuring Anderson’s pottery, along with a huge selection of books to help raise funds for the library.

“I cleaned out my shop,” Anderson said. “Everything I had is there.”

The library remains near and dear to his heart. Anderson was library director in Hernando from 1972 until his retirement in 2004 and the building is named in his honor.

Anderson’s daughter, Nancy, who also works at the library, said her father wanted to live closer to the library.

“When we first moved here we lived directly across the street from the library,” Nancy said. “They had several acres and are both getting older. It was just too hard to keep up. He’s always wanted to be back closer to town where he can walk.”

As her father’s biggest fan, Nancy said she proudly serves meals on plates and bowls crafted by her father, and even starts her mornings with coffee in a mug made by him.

“Of course I do,” Nancy said. “And my daughter is always trying to steal all the pottery of his that I have.”

Anderson’s pottery gained quite a reputation locally for its quality and designs. Although he said making pottery was more of a hobby, Anderson has sold thousands of pieces over the years at craft fairs like the A’Fair in Hernando, Cooper-Young Festival in Memphis, and Chimneyville Arts Festival in Ridgeland.

Anderson said making pottery isn’t hard to learn, but it does take practice, plenty of heat, and time. Crafting the pieces themselves only takes about 15 to 20 minutes from start to finish. It’s the glazing process and firing it in a kiln that takes anywhere from eight to 12 hours.

Anderson said he will miss taking a lump of clay and watching it turn into a plate or serving bowl. Each pot, bowl, and mug that he created was like his own child, and sometimes he hated to see them go.

“I wouldn’t say it would qualify as a career,” Anderson said. “But it was a lot of fun. I never sold enough pottery to pretend it was a job. But I enjoyed putting it on the wheel and then in the kiln and coming out with a finished product. And I’m glad it was good enough that people enjoyed it enough to buy it.”

The Friends of Hernando Library sale will be held 10 a.m. to 4 p.m. at the James F. Anderson Public Library at 370 West Commerce St. All funds raised will be used to support the Hernando Public Library.