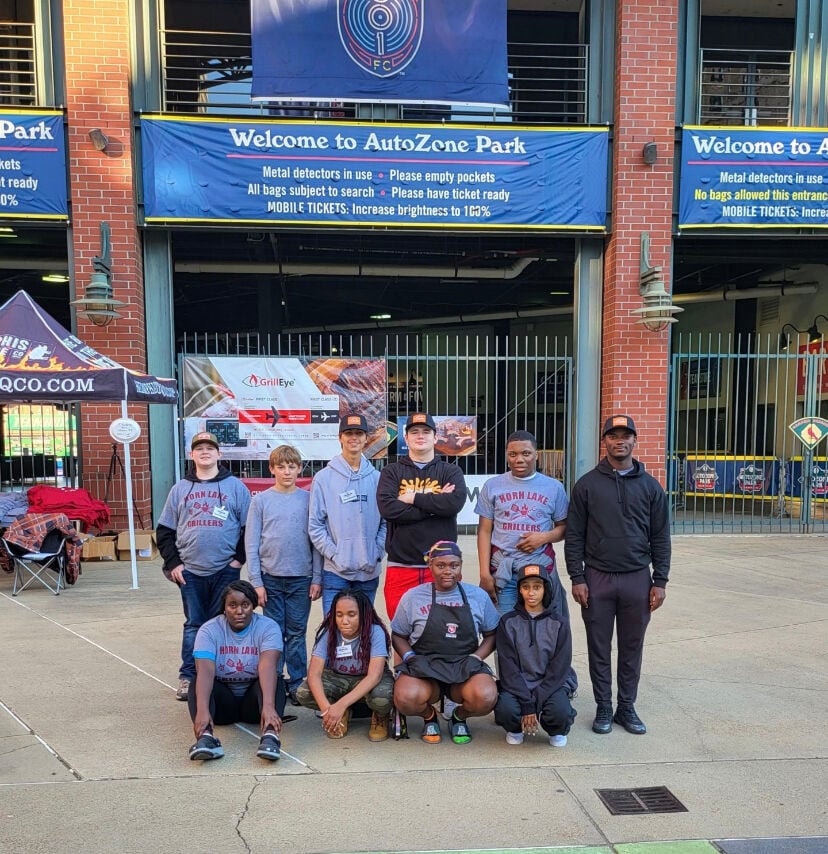 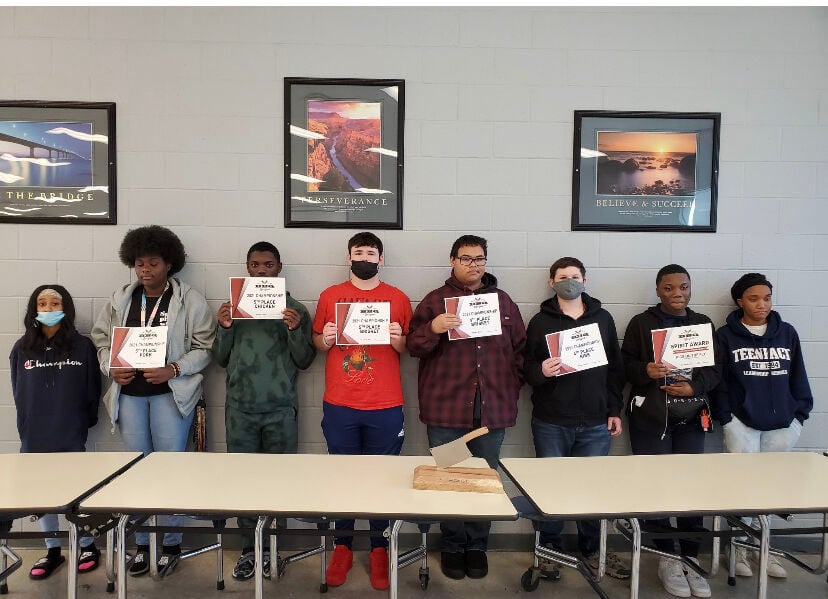 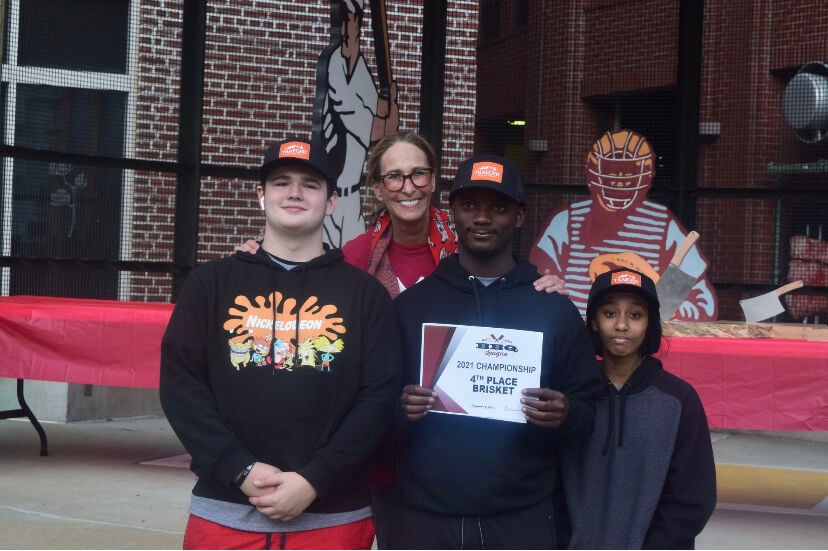 The event drew seven teams from Mississippi, Georgia, and Tennessee and was open to 9th through 12th graders who competed against each other for best chicken thighs, spare ribs, pork butt, and brisket flats.

Horn Lake was the only school from DeSoto County to enter and sent three teams of cookers - Soaring Swines, Pigs on the Fly, and Smoking Firebirds.

Faculty advisor Jeremy Sartain, who has been cooking barbecue for about 25 years, said the school made an excellent showing in the competition considering they only had a couple of weeks to learn how to cook barbecue.

“The kids were pumped,” Sartain said. “They had a really good time. We had only really been practicing for two weeks.”

The World Junior BBQ League Championship was organized by 7-time world BBQ champion Melissa Cookson. Cookson is the owner of Memphis BBQ Company in Horn Lake and is recognized nationally from her many appearances on national news and talk shows as well as cooking shows on the Food Network.

Cookson started the World Junior Barbecue League as a way to teach young people how to cook championship-style barbecue as well as to help develop life skills such as leadership, teamwork, strategic planning, organizational skills, and time management.

Sartain said Cookston donated seven smokers to Horn Lake High School to get them started and helped show students how to make sauce and a dry rub.

“She’s been trying to get this program off the ground for the past two years because of COVID,” Sartain said. “Miss Cookston provided the ingredients for the rubs and the sauce and each team had to individually create their own flavor with the rub and sauce.”

Students watched videos showing them concepts like how to smoke the meat, check the temperature, and how to prepare it.

“All of the instruction was done during school days so they wouldn’t lose transportation on the weekends,” Sartain said.

Sartain said the teams arrived at AutoZone Park at 4;30 a.m. and received their meat box at 6 a.m. From that time on, the cooking areas were roped off leaving the teams on their own to make their own barbecue.

“So no adults could go back there, only team members,” Sartain said. “They had to do all the work themselves.”

Sartain said he was impressed by the effort and that the students are looking forward to improving and competing again. The teams plan to participate in some preliminary contests in the spring that will build up to the championship.

“These kids had a blast,” Sartain said. “And honestly, I thought it was some of the best brisket that I have ever tasted. They did really well.”