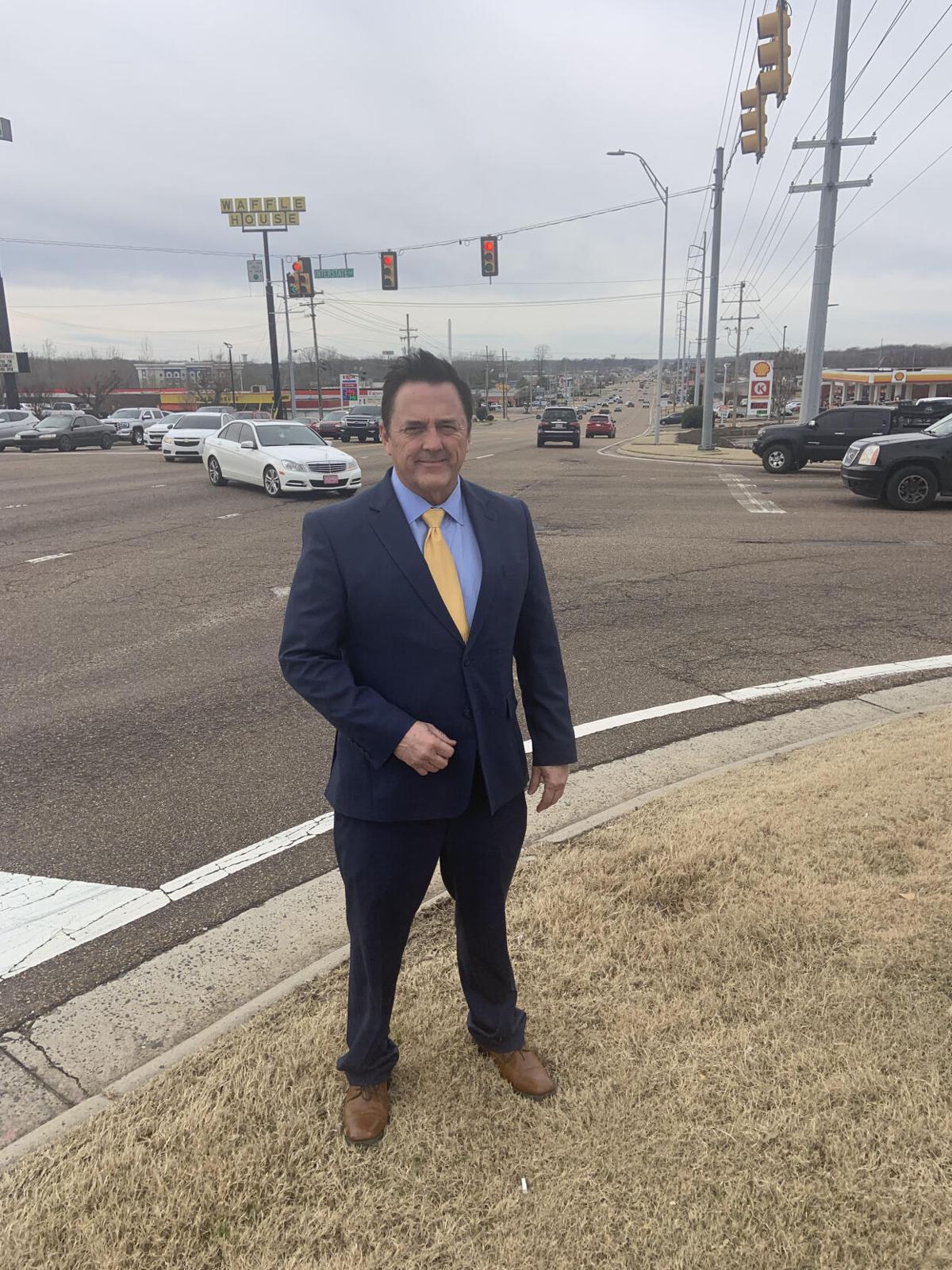 Horn Lake recently hired T.J. Cates to help the city recruit more businesses to the city. Cates, pictured standing along Goodman Road next to the city's major retail center, is already working on developing a town center where residents will be able to work, live, play, and shop, as well as an eco-park and future development of the Circle G Ranch which once belonged to Elvis Presley. 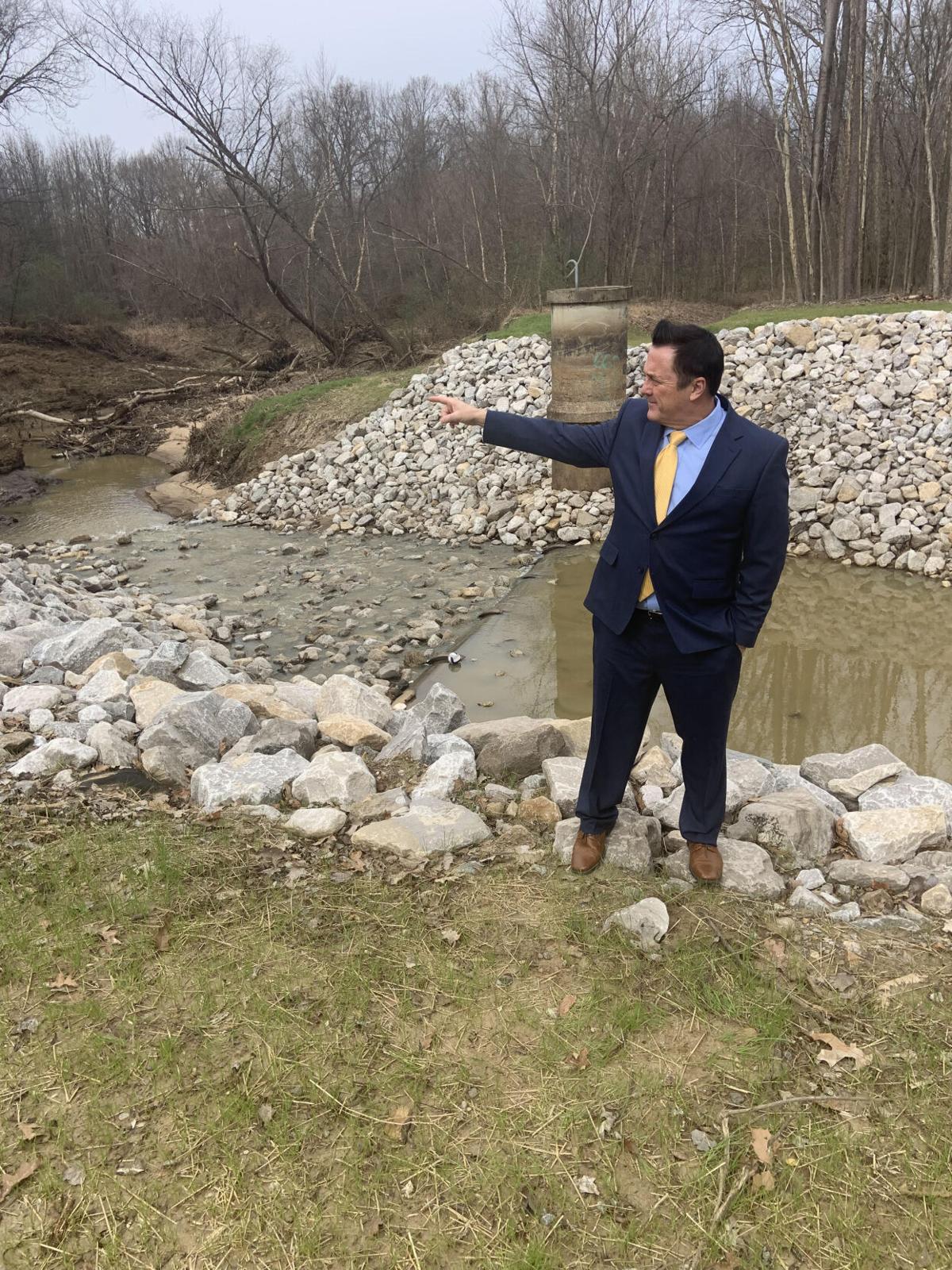 Cates points out the possibilities for walking trails, birdwatching, and archery tournaments on 400 acres of city owned land in the heart of Horn Lake. The city is working with the Chickasaw Indian Nation to name the park in honor of Cyrus Harris, the first governor of the tribe, who grew up in Horn Lake and lived there until the tribe was forcefully removed to Indian Territory in 1832. 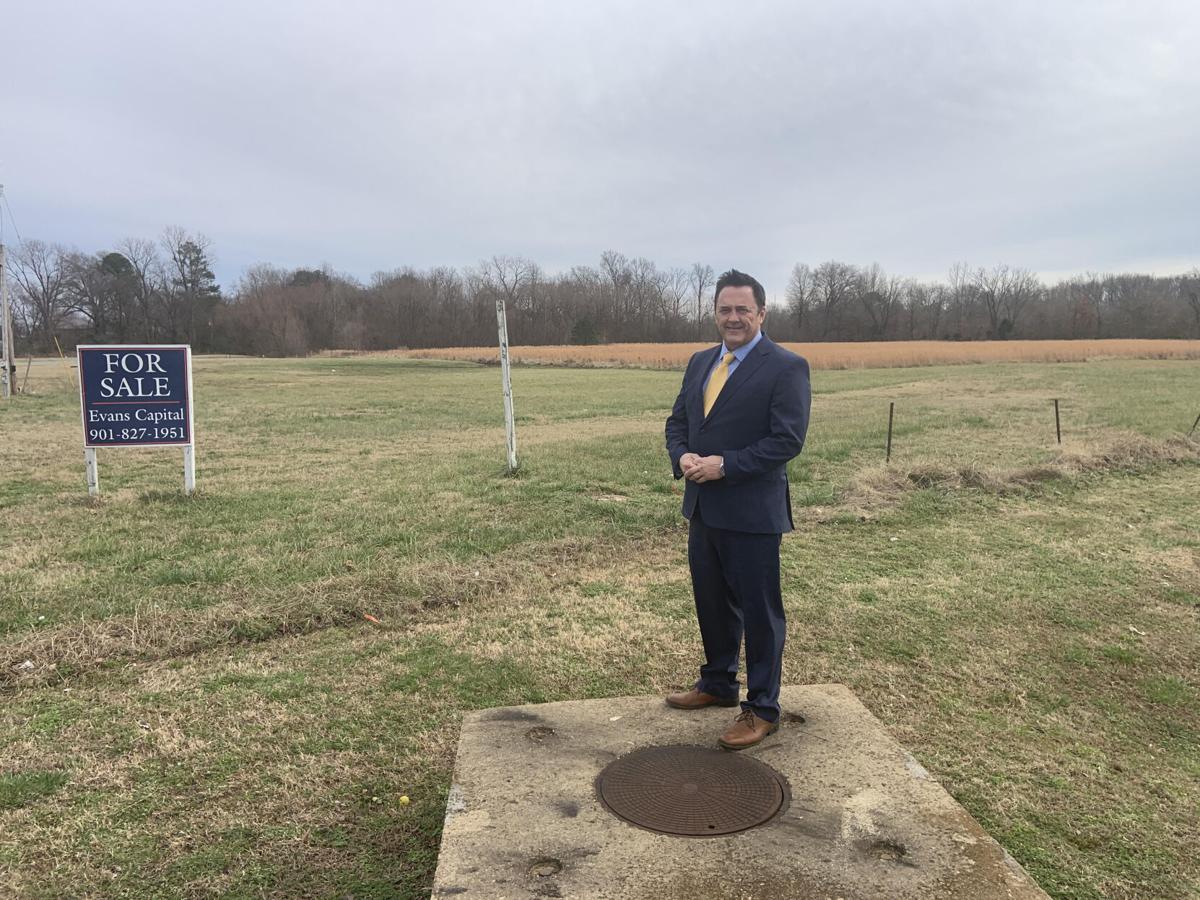 Cates is in talks with developers about purchasing land on Goodman Road for a mixed use project that would serve as a town center for residents to work, live, shop, and play.

Horn Lake recently hired T.J. Cates to help the city recruit more businesses to the city. Cates, pictured standing along Goodman Road next to the city's major retail center, is already working on developing a town center where residents will be able to work, live, play, and shop, as well as an eco-park and future development of the Circle G Ranch which once belonged to Elvis Presley.

Cates points out the possibilities for walking trails, birdwatching, and archery tournaments on 400 acres of city owned land in the heart of Horn Lake. The city is working with the Chickasaw Indian Nation to name the park in honor of Cyrus Harris, the first governor of the tribe, who grew up in Horn Lake and lived there until the tribe was forcefully removed to Indian Territory in 1832.

Cates is in talks with developers about purchasing land on Goodman Road for a mixed use project that would serve as a town center for residents to work, live, shop, and play.

When Dave Young ran for alderman, he ran on a platform that Horn Lake “can do better.”

For years, Southaven got all the attention with new businesses, restaurants, and subdivisions racing to get in on the massive growth taking place in DeSoto County.

Horn Lake, with its own side of Goodman Road to the west of the interstate, saw some box box retailers and national chain restaurants locate there, but the city has been mostly overlooked. The growth has not headed west further into Horn Lake.

Young, along with his colleagues on the Board of Alderman, is looking to change all that and have some big ideas about how to get people to take a right off I-55 instead of turning left on Goodman Road.

“There are some really deep conversations about some really big projects that are going to happen,” Young said.

The city is eyeing land along Goodman Road next to the railroad tracks for a mixed-use development for a town center.  They’re also moving forward with plans to turn 400 acres of city owned land into an eco-park with walking trails, bird watching, and archery tournaments that will also pay honor to the Chickasaw Indians who were the early inhabitants.

The city also has big hopes for future development of Circle G Ranch, which was once owned by Elvis Presley, and more national retail and restaurants with I-55 frontage.

“Is it going to happen tomorrow?” Young said. “No. It’s going to take time. But it is coming. Horn Lake will do better. And this mayor and this board is trying to make it happen for all residents to benefit.”

Young said to make that vision happen it’s going to take somebody on the outside of the looking glass with the contacts and experience to bring ideas to the table and make the connections.

And Horn Lake has found just the right person to make that vision happen.

The city recently announced that it has hired T.J. Cates to serve as development coordinator. Cates, a DeSoto County native, may be best known to locals as host of Good Morning DeSoto and OBTV Live. But Cates brings an extensive rolodex of real estate contacts from working on major development projects in Nashville.

“I am excited to see the growth opportunities,” Cates said. “And I am honored that they asked me to help them move forward.”

Cates said he sees a lot of potential in Horn Lake. He had a resident that he met at the gym recently tell him that he moved to Horn Lake from Colorado because because they liked the fact that the city was more rural, but still has all of the conveniences and stores they need.

“He and his wife run a national company out of their home. They home school their children, and they get their groceries delivered,” Cates said. “They could live anywhere, but they chose Horn Lake.”

Cates said he is excited about the city’s desire to develop a city center where people will be able to live, work, and play similar to what other cities like Nashville are doing.

Horn Lake developed from a rural area with three country stores to the 10th largest city and never had a traditional downtown.

“It needs a center,” Cates said. “It needs a heart. Our new planner, Chad (Bahr), told me an interesting story. They were driving him around showing him City Hall and Horn Lake and his wife said ‘where is the actual town of Horn Lake?’ Well, there really isn’t one.”

Cates said the city is eyeballing land on Goodman Road by the railroad tracks next to the Walmart Neighborhood Market for a town square.

“We’d like to do some shops and have a railroad theme because it is right next to the tracks,” Cates said.

Young said he loves the idea of developing a town center and said Cates has the contacts to make it happen, but more importantly, the enthusiasm to sell the vision to outside developers.

“I am jazzed about a town center,” Young said. “There are different things that this new generation wants. People today want to live somewhere that has broadband. They want to be able to park their car and go shopping on the ground floor. They want to go get their groceries nearby. They want to play in the park in front of their home. And they want entertainment at their front doorsteps with a small venue. So Horn Lake has two options. We can either get on the boat, or we will be down the stream. And we all know about that canoe without a paddle.”

Cates said he sees DeSoto County as one big city, with each city as its own borough. Instead of competing for the same stores and restaurants with Southaven and Olive Branch, Cates said his vision is to bring in unique businesses to Horn Lake that will attract shoppers, diners, and tourists from all over - including DeSoto County.

He points to development along I-40 in Jackson, Tennessee where there is a CarMax, Buffalo Wild Wings and other amenities clustered along the interstate.

“We’ve got to drive people to Horn Lake from other cities because everybody has an O’Charley’s and a Chili’s and a Walmart and a Kroger. They have that in their own borough. I’d love to see us get a Costco, or a Trader Joe’s, or a Publix, or a Nordstrom Rack so we can start driving people down here. We need to give people a reason to come to Horn Lake. And the people I have reached out to are really receptive.”

Cates said the idea of developing an eco park with trails for birdwatching would also be a major draw for Horn Lake.

“It’s still on the drawing board,” Cates said. “But the land is just sitting there. We would actually be assisting the environment and hopefully we will be able to connect that with the town center project.”

He also expects to see some progress at Elvis’s Circle G Ranch soon. Presley purchased the 231 acre ranch located at the corner of Goodman Road and Highway 301 in 1967 as a country getaway where he could escape the pressure of fame and ride horses.  It includes a cottage where Elvis and Priscilla spent part of their 1967 honeymoon, stables, a 14-acre lake, and 55-got-tall cross.

The property was purchased in 2014 by a developer with the intention of restoring the cottage and redeveloping the ranch into a tourist destination.

“Ive always known that was Elvis’s ranch since I was a kid,” Cates said. “For decades they have had people step up and say they are going to do big things with the ranch. I got a call from the owners of the ranch and they said they have a new partner who is ready to bring some money to the table and that funding was the problem in the past. So I say it is going to happen.”

Mayor Allen Latimer said he believes Cates is going to be a great asset for the city.

“He is very enthusiastic and has been involved in large developments,” Latimer said. “He’s going to use his contacts to help promote businesses to come here. He will be out there beating the bushes and promoting us.”

Young added that he is already energized by the enthusiasm and insight that Cates is bringing to Horn Lake.

“T.J. Cates is a gem,” Young said. “We could not have hired a better guy for the job. He’s going to be out there doing what he does best, and that is connecting us with people who can help us move forward and bringing out all of the positives about Horn Lake that will generate more interest in Horn Lake.”