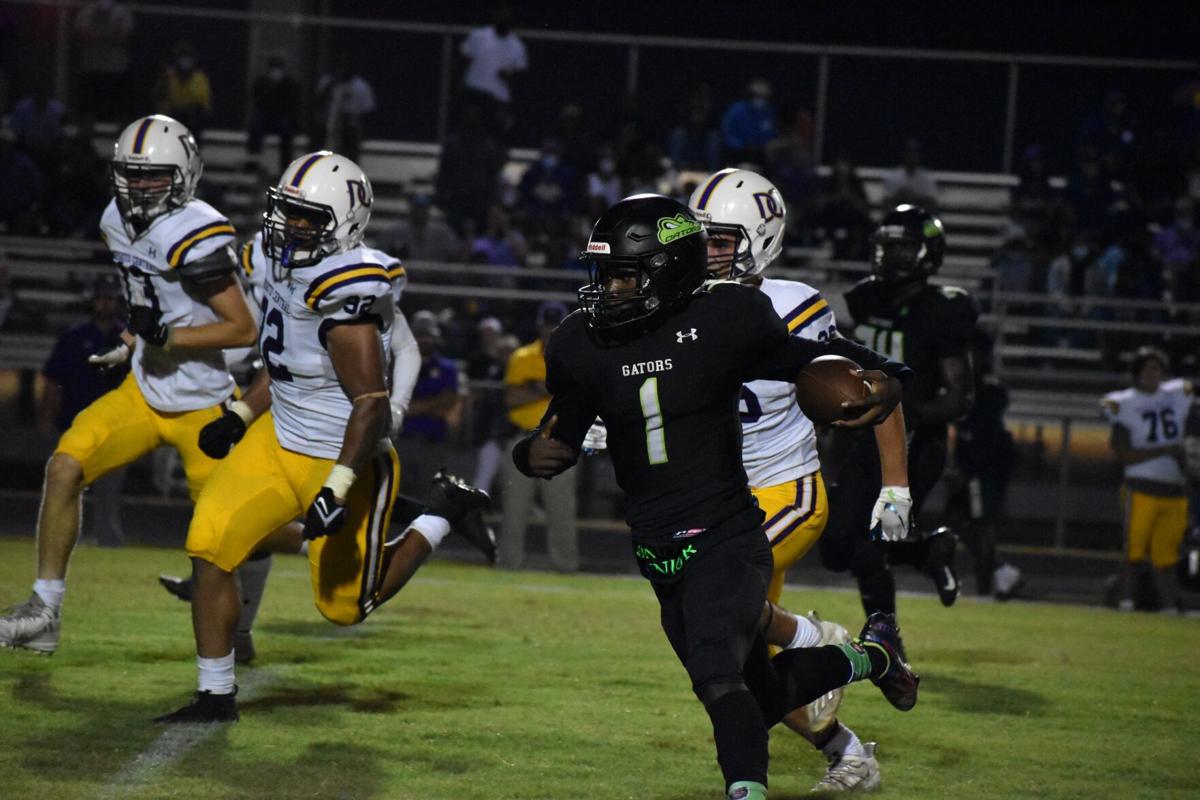 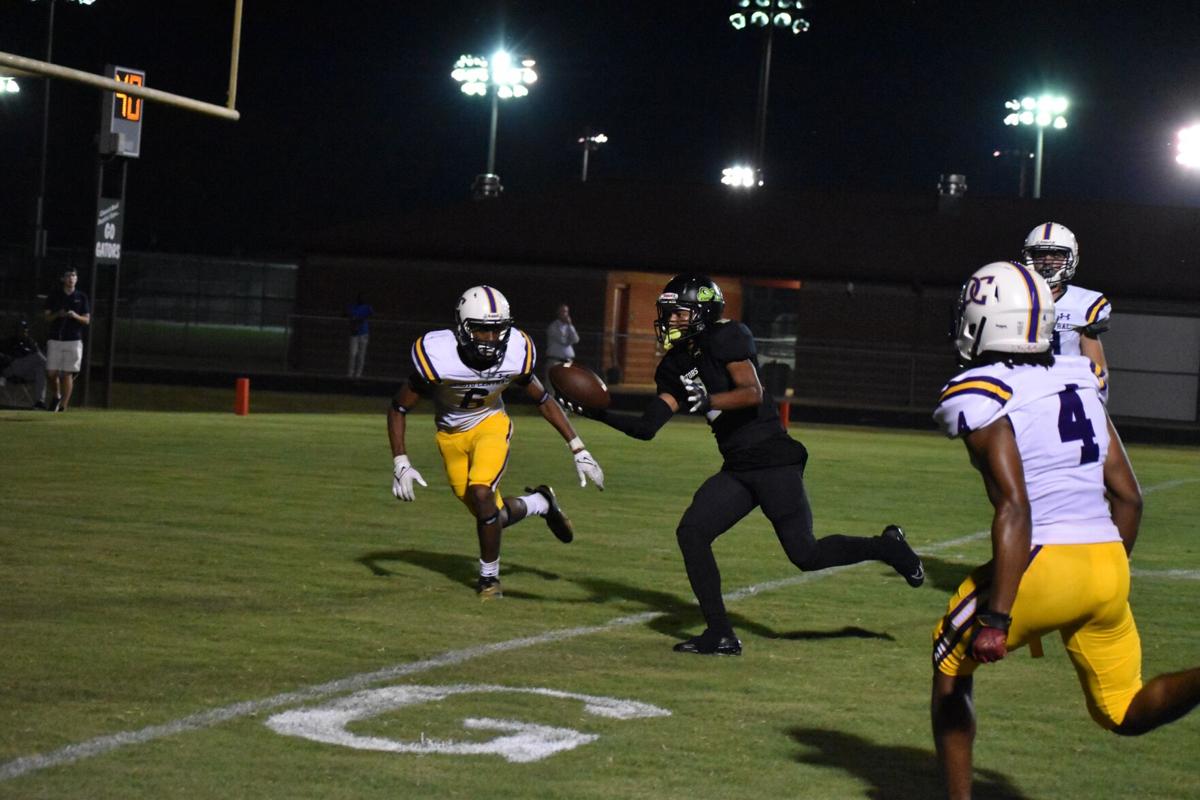 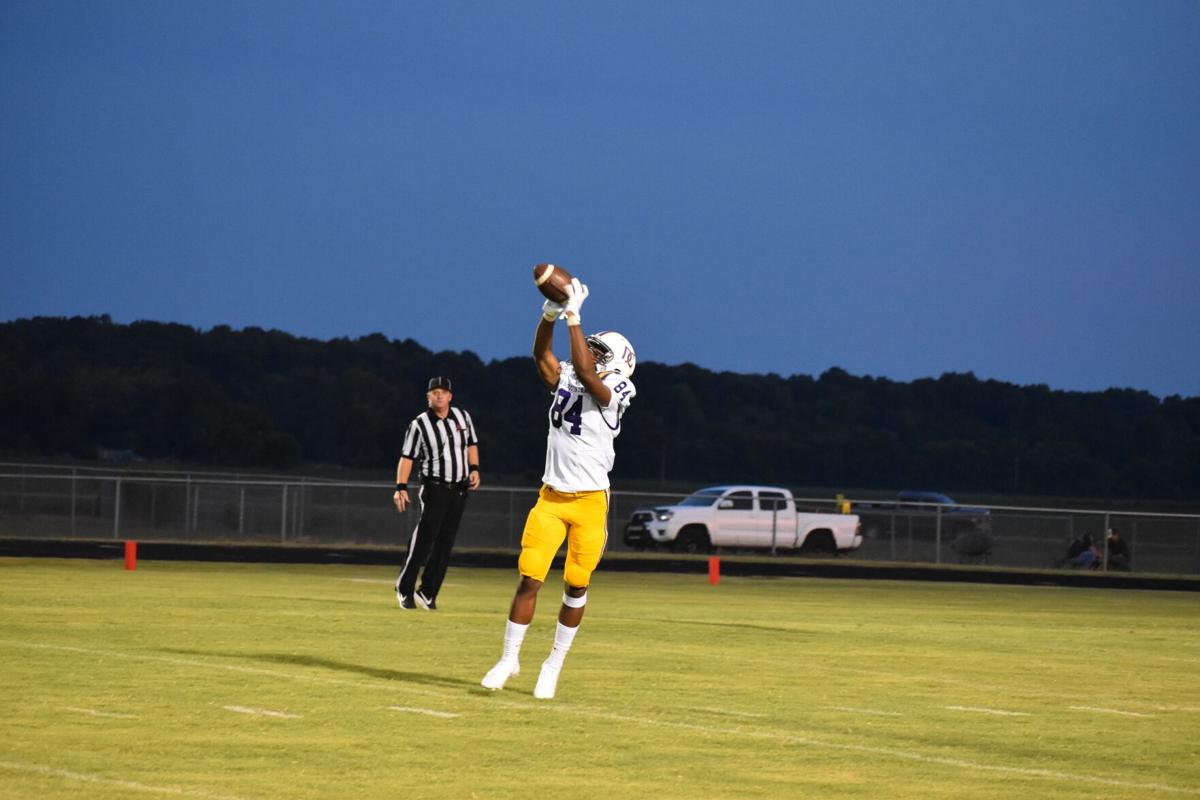 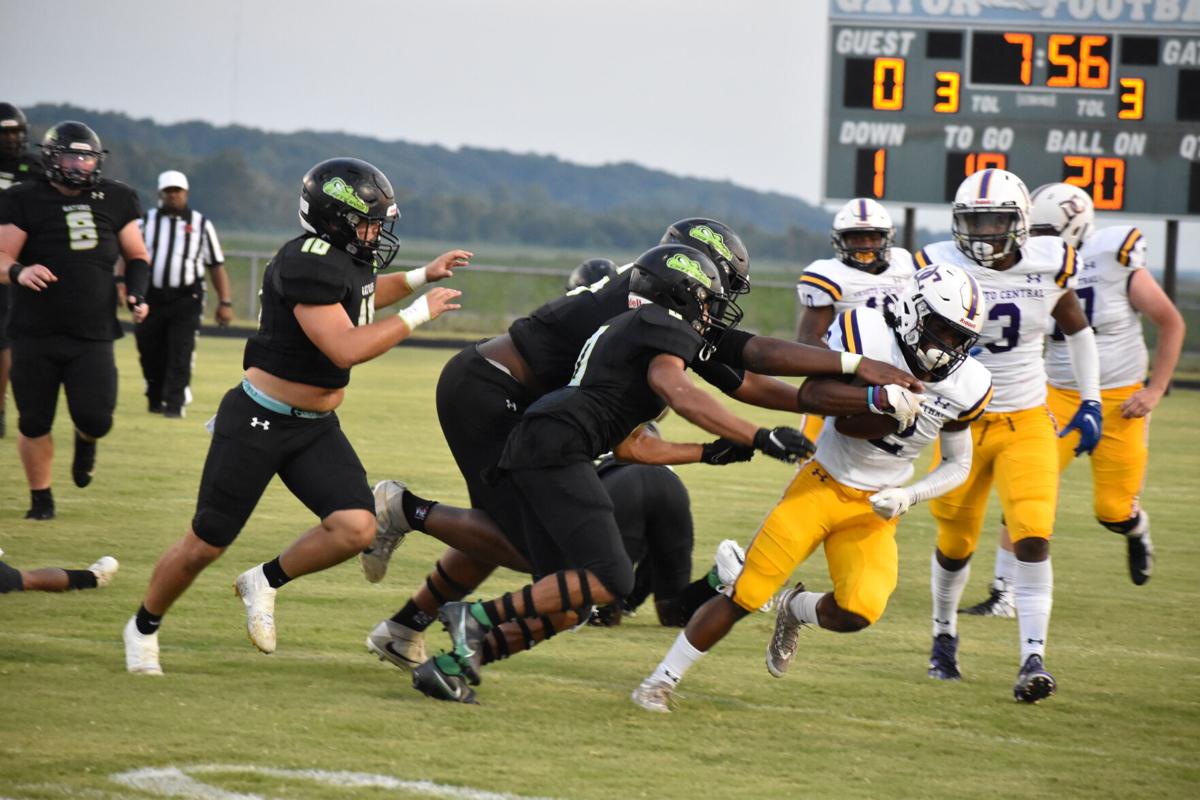 The Gators defended The Swamp Friday night, defeating the DeSoto Central Jaguars 32-15 to move the Gators to a 2-0 record so far this season.

In Lake Cormorant’s first drive of the game, senior Gators’ quarterback Telvin Amos rushed 25 yards through the Jags’ defense to score the first touchdown of the night, but that would be all the action of the first quarter, ending 7-0 for Lake Cormorant.

“I didn’t like our start,” said Jaguars’ Head Coach Shelby Ford. “Three and out, punt, and give them a touchdown. That’s what I wanted to do to them.”

In the second quarter, the Gators’ offense got more powerful. Amos, not being able to find an open receiver on fourth down, took matters into his own hands again and ran the ball 6 yards in for another touchdown, bumping the score up to 13-0 after a failed extra point kick.

After Lake Cormorant’s second touchdown, the Jags started to clean their act up and made it clear that they wouldn’t be going down without a fight. Sophomore Jaguar quarterback Jaden Norwood completed a 46-yard pass to junior wide receiver Ethan Minor for their first points of the night, making it 13-7.

The Jags were able to hold back the Gators on their next possession, forcing them to punt the ball, something the Gators haven’t had to do much of this season. The Jags weren’t able to make anything from the possession and punted it back to Lake Cormorant three plays later.

“We got inside the 30-yard line four times in the first half and came out with seven points,” Ford said. “That defined the game right there.”

As soon as the Gator offense was back on the field, junior running back Jeremy Henderson got his hands on the ball on the first play of the possession and took off, showcasing his speed and finesse that was so detrimental to Lewisburg in last week’s game. Henderson scored the last points of the half off the play, a 39-yard run to move the score to 19-7 after DeSoto Central blocked the extra point kick.

In the third quarter, the Jags’ defense was able to break through the Gator O-Line and chase Amos until he had to dump the ball, which ended up being intercepted by senior cornerback Damien Jordan.

Unfortunately for the Jags, they weren’t able to convert the turnover into any points and gave the ball back to the Gators on the Jags 7-yard line after the punt didn't go as planned.

The Jaguar defense stepped up again and stopped the big threats of Amos or Henderson from finding an in to the endzone, but the Gators brought it right back to the same place once their offense came back out.

With a 22-yard scramble from Amos followed by a 7-yard run from Henderson, the Gators had already made it back to the 1-yard line for the second time in the third quarter. This time it wouldn’t go to waste. Amos ran it through and found his third touchdown of the night to make it 26-7.

“That’s what you want an offense that’s got some returning starters to look like out there,” Gators’ Head Coach Nick Nester said.

The Jaguars suffered another blow near the end of the third. A hard hit from two Gator defenders took Norwood out of the game. Almost immediately after Norwood was taken off the field, Amos was throwing another touchdown pass. Amos connected with junior wide receiver Tre Walker for a 22-yard touchdown to make it 32-7.

Despite the setbacks, the Jaguars didn’t give up. The senior cornerback, Jordan, picked another ball out of the air for his second interception of the night. Junior quarterback Andrew Moore stepped in for the injured Norwood and threw a 22-yard touchdown pass to senior wide receiver Reginald Bell, Jr.

Moore completed another pass for the 2-point conversion, moving the score to 32-15, where it stayed for the final four minutes of gameplay.