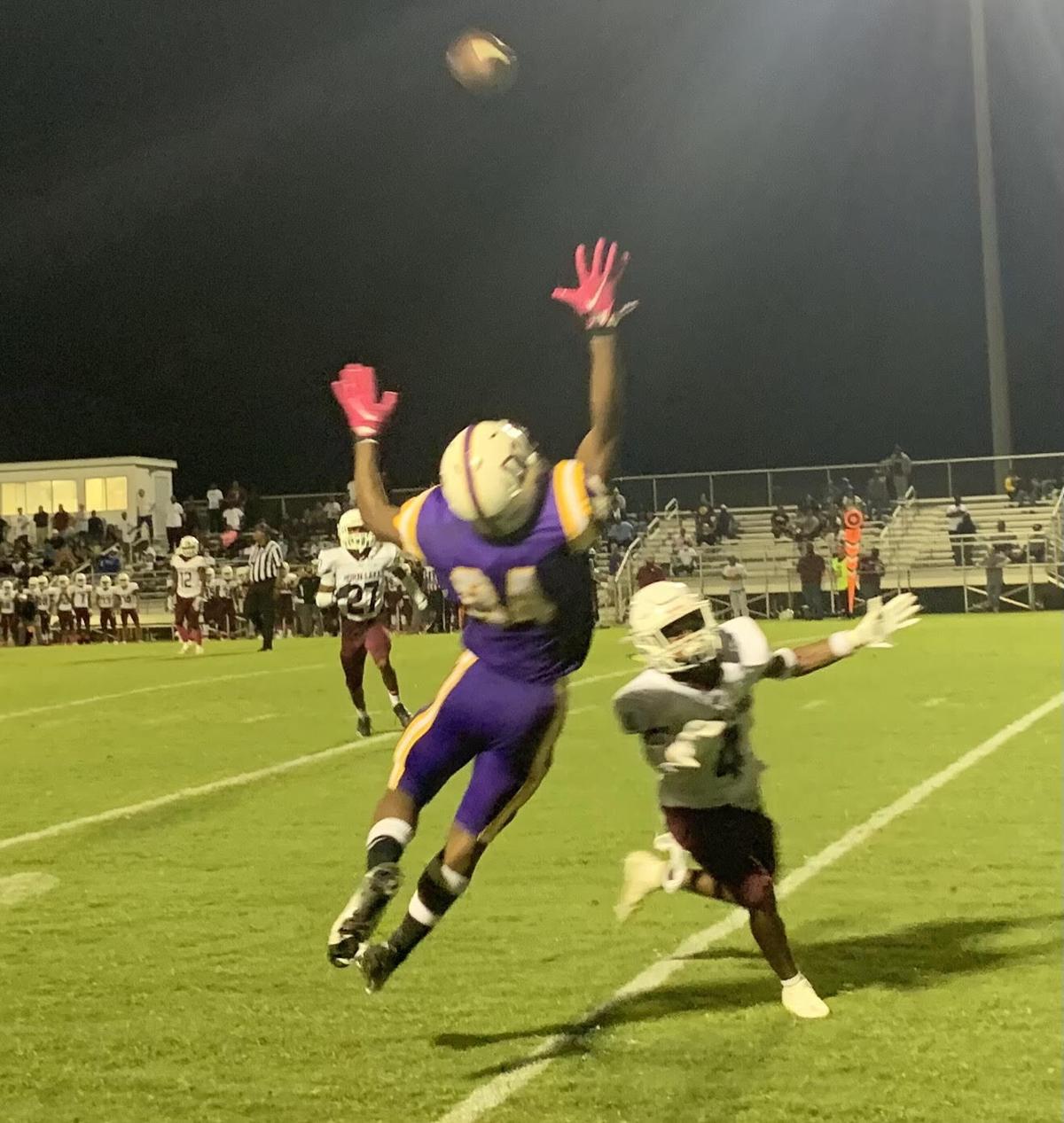 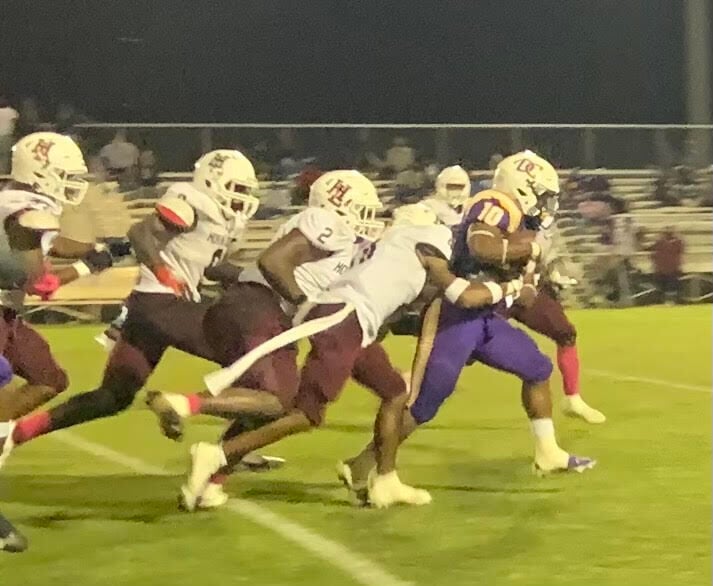 DeSoto Central learned a lot from last year’s 54-22 loss to Horn Lake. They knew they would have to contain Jarnorris Hopson if they were going to have a chance to win.

The Jaguars defense held Hopson to one touchdown Friday night  and their defense was able to mostly hold the senior running back, who has already committed to Mississippi State, to short gains on the night on their way to a 14-7 win over Horn Lake at home.

“We had a lot of problems with him last year,” said Coach Shelby Ford. We learned our lesson the hard way last year. Our guys knew he was the focus point. If we could contain him and not give up any big plays, we’d be alright. And we did. Our defensive game was really good.”

An elated Ford gave his team an “A-plus baby!” on the night, praising his offense who struck on the first drive and the last drive, and his defense who held Horn Lake to seven points.

“We haven’t beaten them in a long time,” Ford said. “And I told them, if you want respect, you have to be willing to go and take it. That was a gutsy game with people making big plays on both sides. We are 2-0. Now we need to try and get to 3-0.”

Ford also singled out junior wide receiver Ethan Minor, who pulled in key passes for big yards and a touchdown on the night.

“He’ just keeps getting better and better,” Ford said. “He’s a guy we keep going to. I am really proud of him. But overall it was a gutsy game on both sides. We did a good job answering them and making stops. And we were relentless on defense. We got big turnovers and we got great stops.”

After kicking off to Horn Lake to open the game, DeSoto Central’s defense set the pattern that would play out most of the night, forcing the Eagles to punt.

The Jaguars got on the board first as quarterback Andrew Moore used a balanced attack with Marquis Fields legging out yards on the ground and completing passes for big gains to Ethan Minor.

With a first-and-10 on the Eagle’s 33-yard line, Moore connected on a 31-yard pass to Minor to give the Jags a first-and-goal at the 2-yard line. Moore’s next pass intended for Ryan Musselwhite fell incomplete, but Fields ran the ball in from the 1-yard line to take a 7-0 with 5:48 to play in the first quarter.

The score stayed that way as DeSoto Central’s defense kept the Eagles out of the end zone through three quarters.

Horn Lake tied the game in the fourth after Jarnorris Hopson, who had been quiet on the night, scored on a 3-yard run with 9:26 to play in the fourth.

The Jaguars threatened to score again with 4:15 to play in the fourth, but the drive was stopped at the Eagles 14-yard line when Moore’s pass was picked off by Jamarion Bobo at the 13-yard line.

The Eagles though were forced to punt though and were unable to capitalize on the turnover.

DeSoto Central got the ball back with good field position starting at their own 42-yard line with 1:53 remaining to play. Moore connected with Minor for a 25-yard pass on 2nd-and-8 at the Eagle’s 31-yard line, but lost a down after they were called for grounding to make it 3rd and-14 with :52 seconds remaining.

Moore’s next pass found Minor for a 36-yard completion for a touchdown with :25 seconds to play to go up 14-7 and held on for the win.

Ford admitted that he was ready to take it to overtime, but instead turned to Minor to make some big plays.

“We didn’t want to make a mistake in the red zone,” Ford said. “But we had some momentum. We believed in Ethan. I said let’s double move them.”

The Jaguars evened their record to 3-3, but remain undefeated at 2-0 in conference play. The loss dropped Horn Lake to 2-3 and 1-1 in conference.