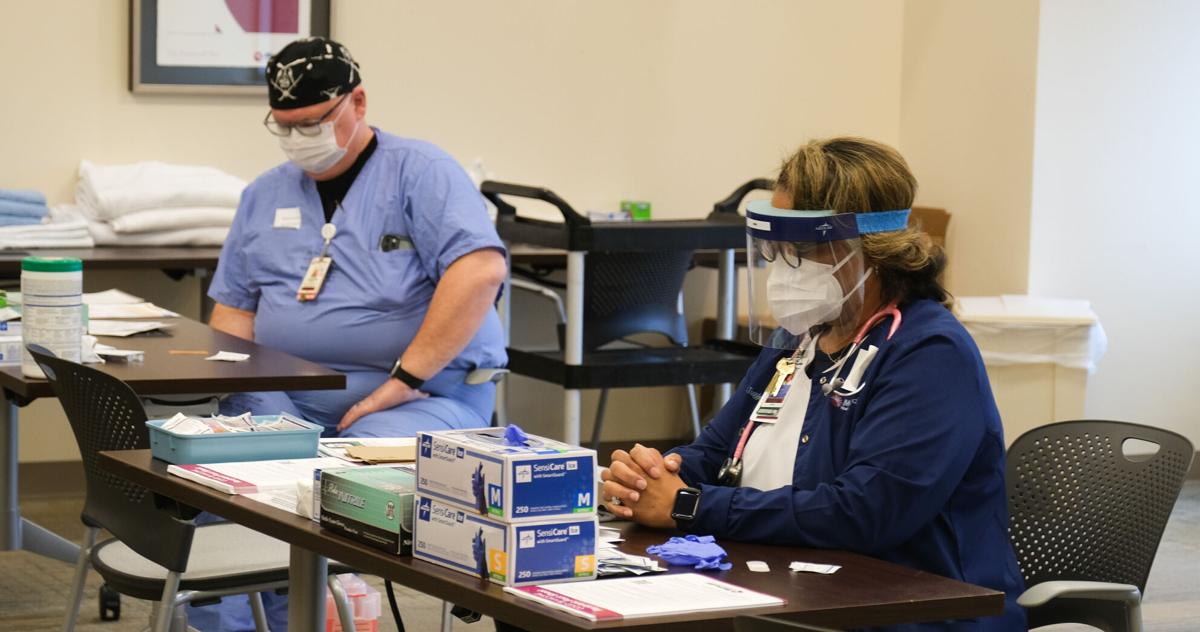 The newly approved Moderna vaccine was given at Methodist Olive Branch Hospital on Wednesday morning. Doctors and nurses prayed for the process before beginning the vaccinations for front-line health care workers who wanted the vaccine. 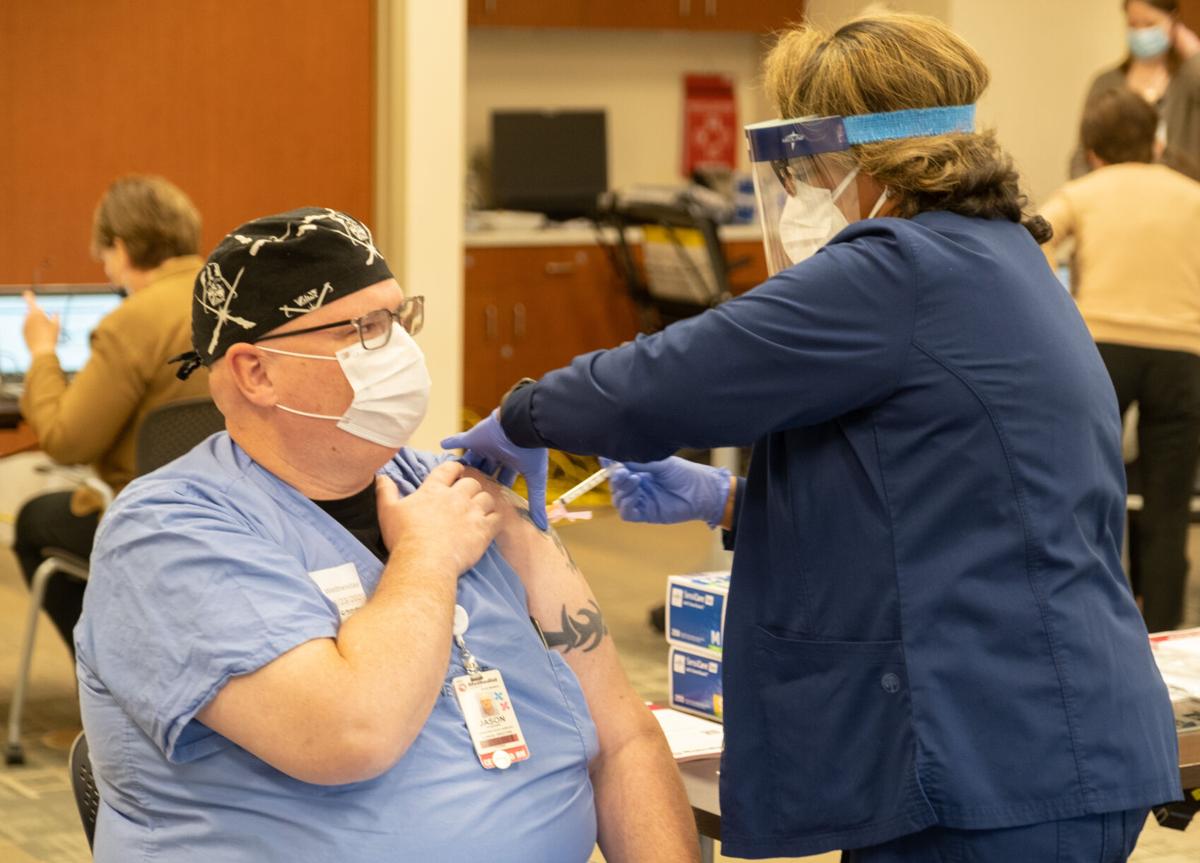 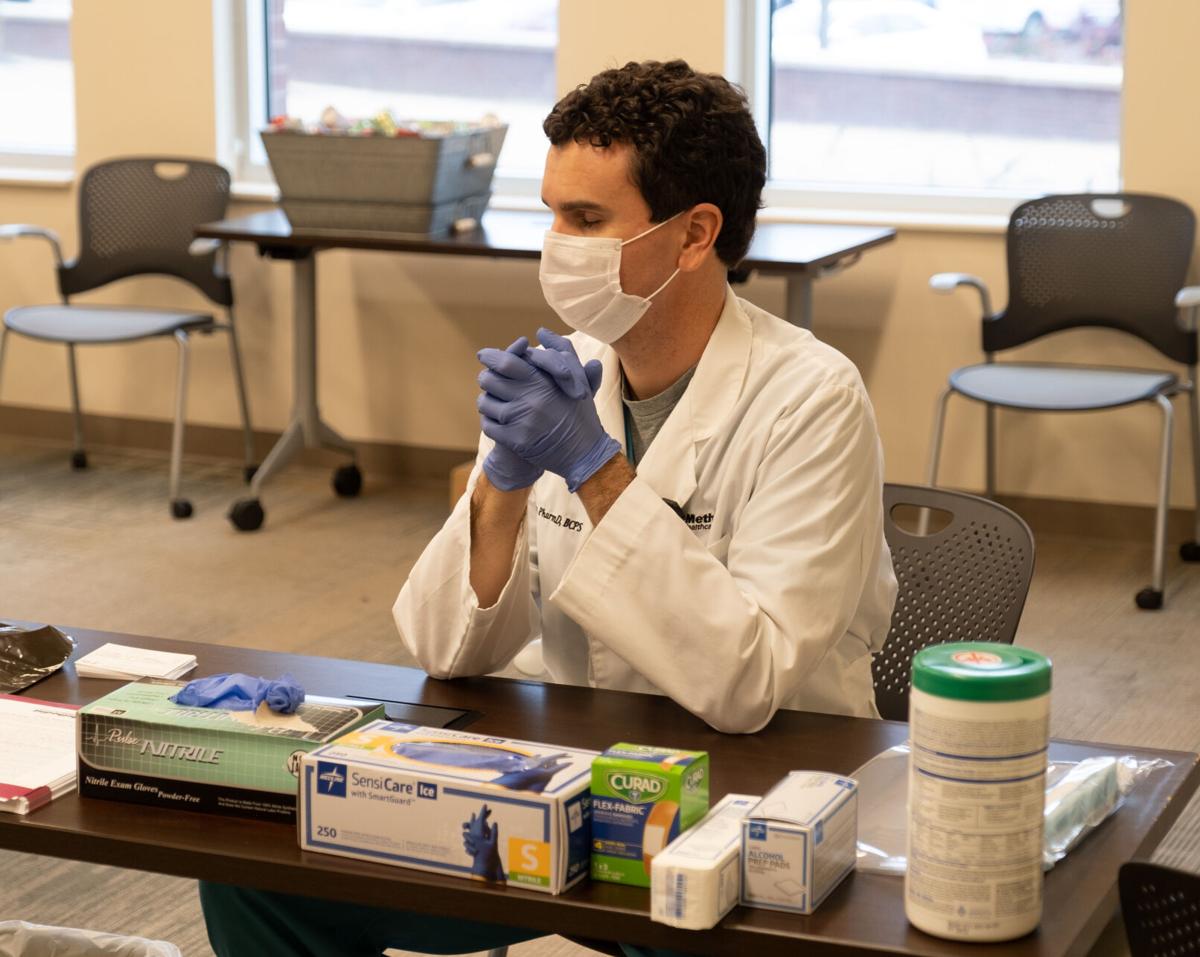 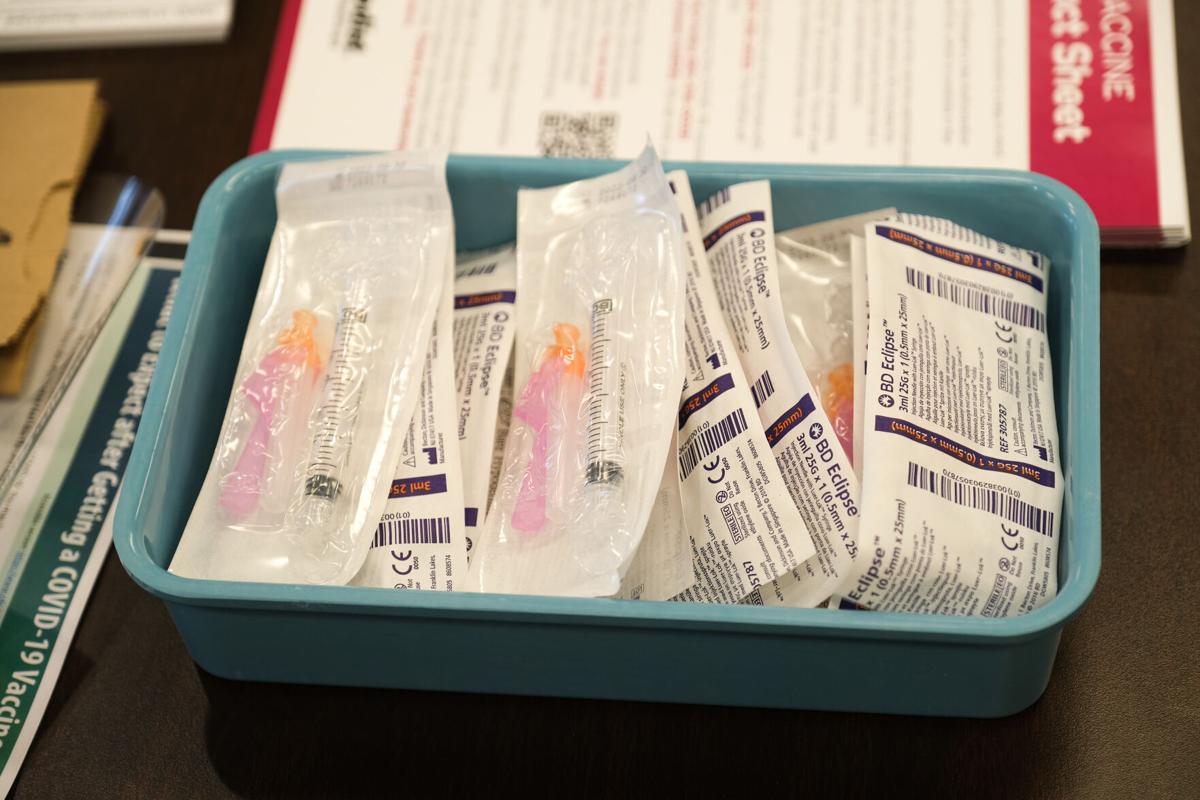 The newly approved Moderna vaccine was given at Methodist Olive Branch Hospital on Wednesday morning. Doctors and nurses prayed for the process before beginning the vaccinations for front-line health care workers who wanted the vaccine.

The second COVID-19 vaccine approved for use in the United States was given to health care workers at Methodist Olive Branch hospital Wednesday morning.

The newest vaccine, made by Moderna, was distributed to much of the country via a McKesson distribution center in Olive Branch.

Days later, the first doses are being given in the county. The first vaccine approved, which is made by Pfizer, would not have been available in large enough quantities on its own to meet the timeline of vaccination of Mississippi, according to State Health Officer Dr. Thomas Dobbs.

The Moderna and Pfizer vaccines are both highly effective and require two doses for the most protection.

“I just feel like it’s the responsible thing to do for my family,” Rachel Felkins, an ICU nurse at Methodist Olive Branch who took the vaccine Wednesday, said.

Felkins has two children and elderly parents, so she said that she felt she should avoid infection by taking the vaccine.

“If this is something that could potentially protect my family then I’m going to do it,” she said.

Felkins said she took time to learn more about the medication and talked to doctors about it, leading her to feel confident in taking it. She hopes others will take the same steps of educating themselves on the science before deciding whether to take the vaccine, she said.

Though the first doses of the COVID-19 vaccine were given in DeSoto County and Mississippi last week, the danger of the pandemic is far from over — by many measures, it’s worse than ever.

Last week, DeSoto County crossed the threshold from being a community with an “active or imminent outbreak” to a community experiencing a “severe outbreak.”

This determination is made by how many new cases per day are reported per capita. DeSoto County is now reporting about 150 new cases each day, and the total number of cases reported since March has now grown to over 13,000.

It will take time to see the impact of the vaccine in the community, according to experts. Though vaccinated individuals will be largely protected from the virus, the spread will likely remain rampant in the county until the majority of the population has been vaccinated.

This rapid spread will continue to stretch the health care system to its limits, leading to more deaths. Today, the hospitals in the county reported a total of two open ICU beds and three other available staffed beds.

Though hospitals have found new ways to provide critical care to patients, hospitals across the state and region have reported crisis after crisis because of the new surge of COVID-19 patients.

In the midst of the worst phase yet of the pandemic for the county, hospitals and long-term care facilities are now preparing for their earliest shipments of the vaccine, hoping to protect the most vulnerable citizens from a virus outbreak now growing faster than ever.

The second COVID-19 vaccine approved for use in the United States was given to health care workers at Methodist Olive Branch hospital Wednesday morning.