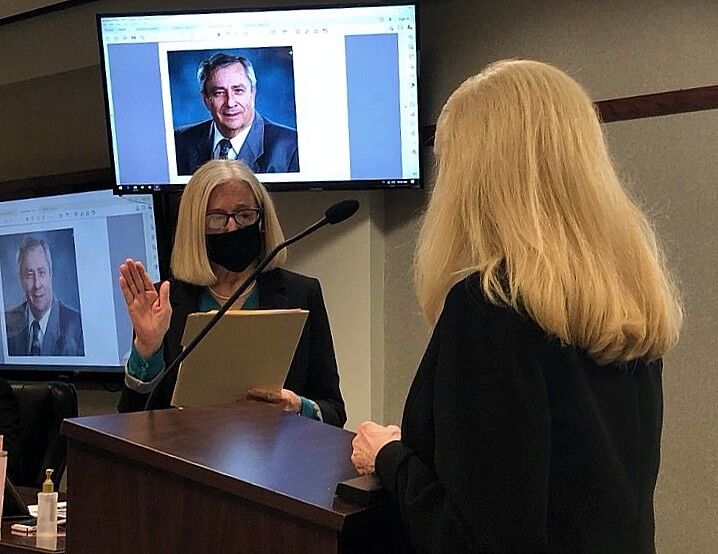 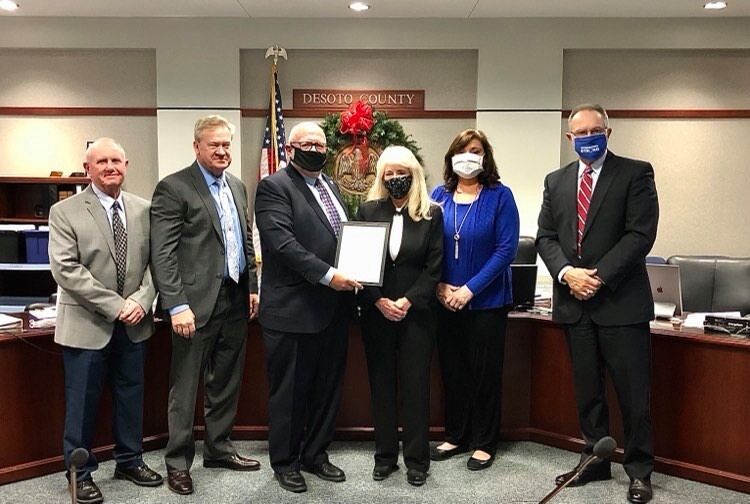 The Hernando Board of Supervisors poses with a resolution passed in honor of late election commissioner, Barry Chatham, who died on Christmas Eve.

The Hernando Board of Supervisors poses with a resolution passed in honor of late election commissioner, Barry Chatham, who died on Christmas Eve.

With photos of her late husband on the wall behind her, Barbara Chatham was sworn in as District 2 Election Commissioner by DeSoto County Circuit Clerk Dale Thompson on Monday.

The District 2 seat became vacant when Mrs. Chatham’s husband, Barry Chatham, died from COVID-19 on Christmas Eve. Mr. Chatham had served as commissioner since 2004 and was re-elected in November.

“I lost a good friend and dedicated public servant,” said District 2 Supervisor Mark Gardner in a statement. “He was my go-to guy for election and voter questions.”

“He loved his job and he worked well with all the poll managers. Everyone just loved him,” Mrs. Chatham said. “He was willing to do anything that was necessary to make sure the elections ran well.”

Mrs. Chatham believes her experience serving on local committees and learning from her husband throughout the years has given her the knowledge he needs to perform her duties well.

“I’m appreciative for the opportunity, and I will do the best job I can,” Mrs. Chatham said.

A special election will be held in November to fill the remainder of Mr. Chatham’s term, which ends in 2024. Mrs. Chatham does plan to run in the election to hold onto the seat.

After losing her husband to COVID-19, which has infected over 15,000 and killed 145 people in DeSoto County, Mrs. Chatham warned county residents to be proactive if they are exposed to the virus.

Please get help as soon as you feel like you have it,” Mrs. Chatham said. “Don't wait because waiting does not do anything good for you… You need to go get tested, and get medicine and take care of yourself right from day one.”

The DeSoto County Board of Supervisors issued a resolution in memory of Mr. Chatham. It reads in part, “The Dedicated and invaluable service rendered by Election Commissioner Barry Chatham was exemplified in a forthright and positive manner which earned him the respect of his poll workers and the community. Barry was a valuable contributor to the development of the DeSoto County election process, being careful to meet the letter of the law in all respects.  DeSoto County is stronger because of his contributions.”