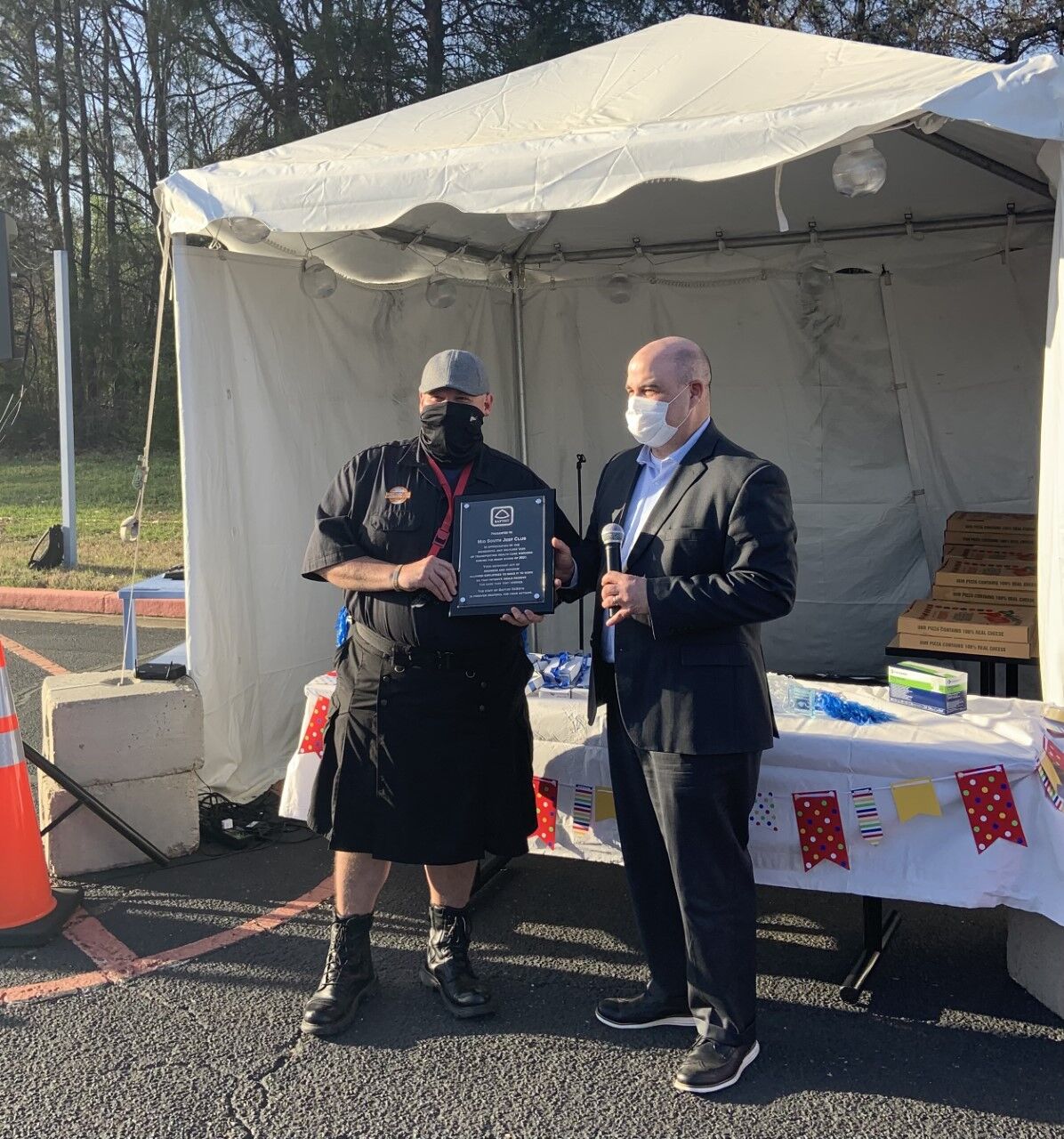 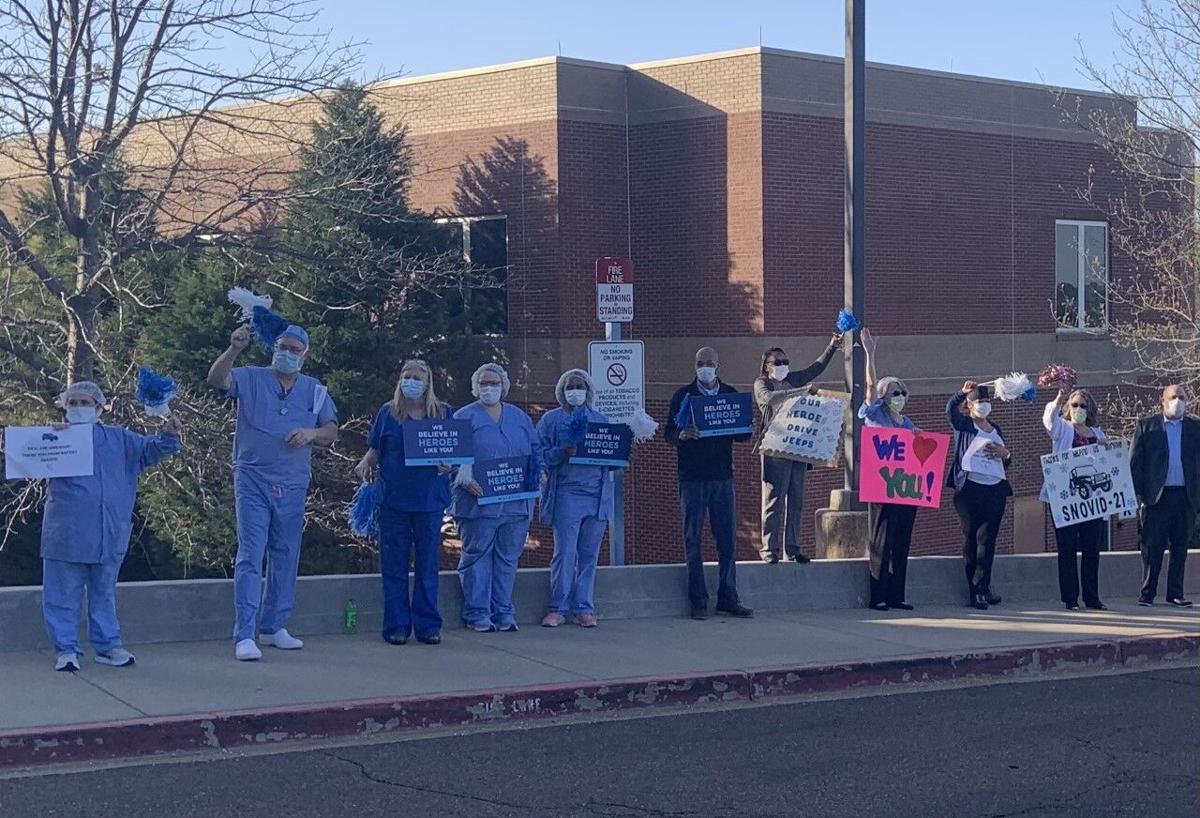 Health care workers in DeSoto County who got a lift to work from a local Jeep club during the February snow storm held a rally Wednesday to say thank you for their kindness and selfless lifesaving efforts.

Workers at Baptist Memorial Hospital-DeSoto lined up in front of the hospital on Wednesday holding signs and waving to their "Jeep heroes" from the Mid-South Jeep as they drove by in a parade.

Members of the club sprang in to action when a winter storm dumped up to a foot of snow and ice on DeSoto County, volunteering their time to transport health care and first responders safely to work so that they wouldn't have to be out on the treacherous road conditions.

CEO Brian Hogan treated the club to pizza and handed out special plaques to each member recognizing and thanking them for their generosity in helping to save lives during "SNOWVID-2021."

"We know you were under no obligation to do this," Hogan said. "You did it out of the goodness and kindness of your heart to help healthcare workers."

Over 250 Jeep owners used their own time and gas to make over 3,000 trips around the clock to ensure that workers got to their jobs at area hospitals and nursing homes, declining any kind of payment.

"We like to refer to our team as heroes, but you guys are heroes as well," Hogan said. "It was heartwarming to see the lines of Jeeps at each entrance dropping off people. We can't thank you enough for what you did."

Hogan said every area hospital owes the Jeep club a big debt of gratitude because patients still need care regardless of what the weather is like outside.

"There are about 300 sick people in that building and it was still during a pandemic," Hogan said. "It was an absolute miracle that they decided to do that for the hospital. It makes you feel good that there are still people who put others before themselves."

Chris Johnson, who is a healthcare worker at Baptist Memorial Hospital-DeSoto and a member of the Jeep Club, helped coordinate the effort after a nurse reached out for volunteers on Facebook.

"As healthcare worker and first responder myself, what better way to give back to the people who have been going through so much with COVID," Johnson said. "Y'all are the ones who deserve all the credit."

Johnson said Jeep owners are used to being out in all kinds of road conditions and when bad weather comes along are often out helping pull people out of ditches.

"In the South, we're not used to having this kind of weather," Johnson said. "But us off-roaders, we tend to have a little more driving experience. We figured that would be the best way to give back."

The club also helped haul thousands of cases of bottled water as well.

"It was a big week for the club," Johnson said. "It's a great feeling. We got a lot of support from the club."

Ryan Dunlap, a concrete manager whose job was shut down due to the winter weather, said he lost count of how many people he helped get to work.

"It was about five tanks of gas," Dunlap said. "I started early Monday morning and I swapped over to hauling water on Thursday."

Dunlap said one nurse he gave a ride to was a former Jeep owner and left a twenty-dollar bill in his Jeep despite his insistence that he wouldn't accept it.

"She knew the doors locked automatically on the older Jeeps," Dunlap said. "I kept saying we don't want it. She got out and dropped it on the seat and closed the door without me knowing. I was just glad to help out."