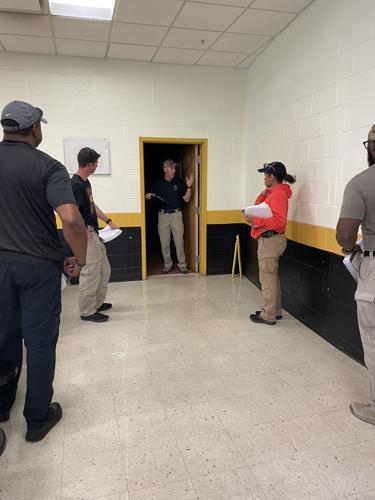 The five day course taught participants how to handle active shooter and attack situations and trained them to teach a two day version of the course to other law enforcement professionals. 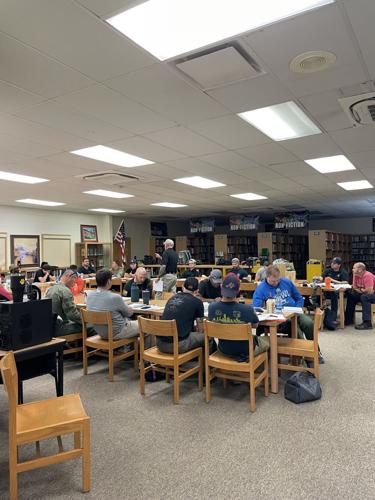 The five day course taught participants how to handle active shooter and attack situations and trained them to teach a two day version of the course to other law enforcement professionals.

The five day course includes classes and activities to teach law enforcement professionals how to train others with the material they learn during the week.

ALERRT has trained over 146,000 first responders across the nation to respond to active attack situations. There are currently 14 courses that fall under the ALERRT program including Train the Trainer which is designed to improve integration between law enforcement, fire, tele-communicators and emergency medical services during active attacks and shooter incidents.

Assistant Police Chief in Tyler, Texas and Texas State University ALERRT adjunct instructor Rusty Jacks said the program is one of the most popular in the country.

“ALERRT stands for Advanced Law Enforcement Rapid Response Training,” Jacks said. “The program is both funded by the State of Texas and the Federal Government. Most states have adopted the program. It’s grant funded and taught free of charge to agencies around the country.”

Jacks said the program was started over 20 years ago after the Columbine High School shooting in Colorado.

“This program started about twenty years ago after Columbine,” Jacks said. “There were some guys that applied for a grant and then another shooting happened in Littleton, Colorado right after that and that’s where it really took off.”

The program has since been adopted by the FBI as their preference for active shooter training.

“Several years ago, the FBI evaluated five different programs around the country,” Jacks said. “They selected the ALERRT program as the one they would adopt. They ended up training about 500 of their guys and mandated for instructors to teach the course. That’s what made it the national standard. There are other programs, but this is the biggest one in the country.”

Jacks said the course taught this week consisted of several activities and exercises to both teach the course and teach the participants how to instruct others of the information they’ve learned.

“This is a Level 1 Active Shooter Response, so that’s what they’ll go back and teach,” Jacks said. “The first half of the week, they learn the material themselves, and the last few days, the learn how to teach the material as an instructor.”