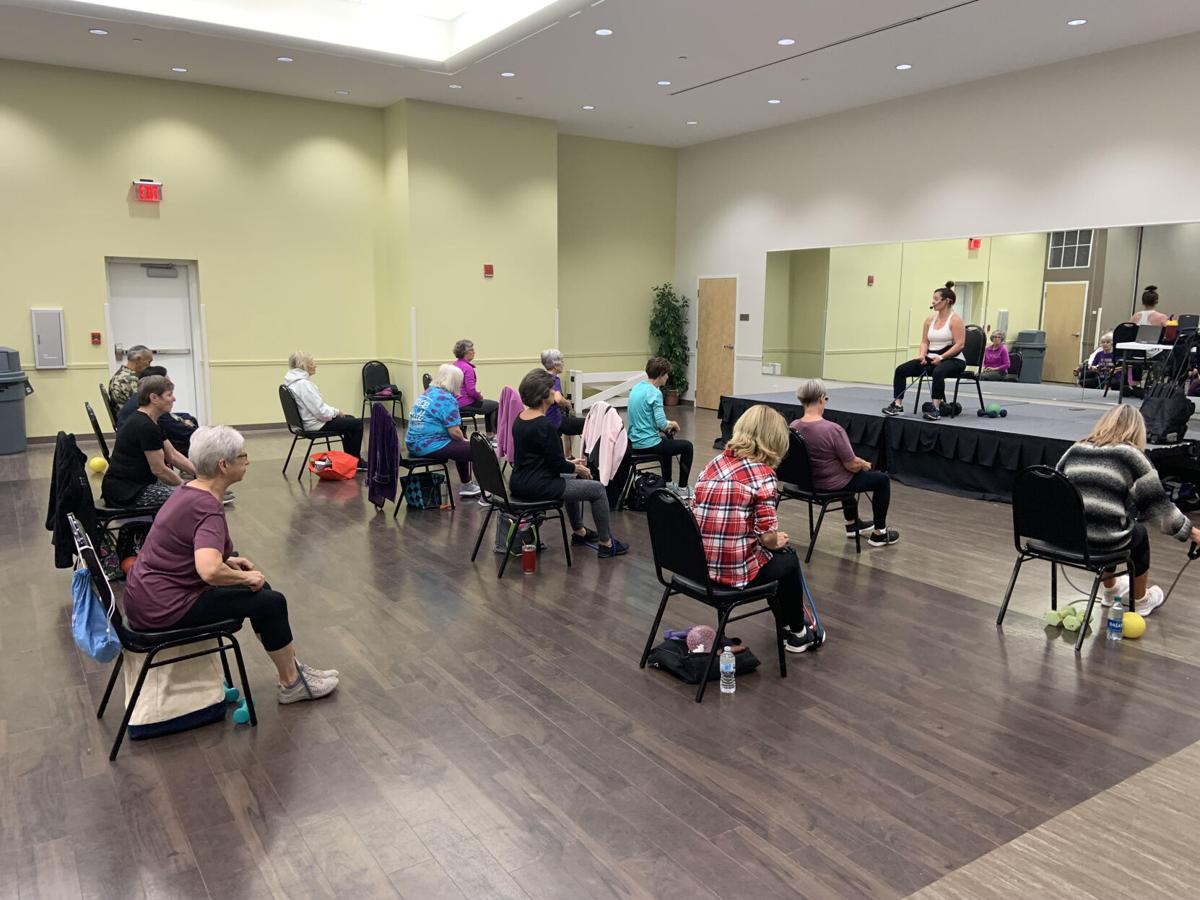 The aerobics class at Forever Young draws around 90 to 100 seniors. 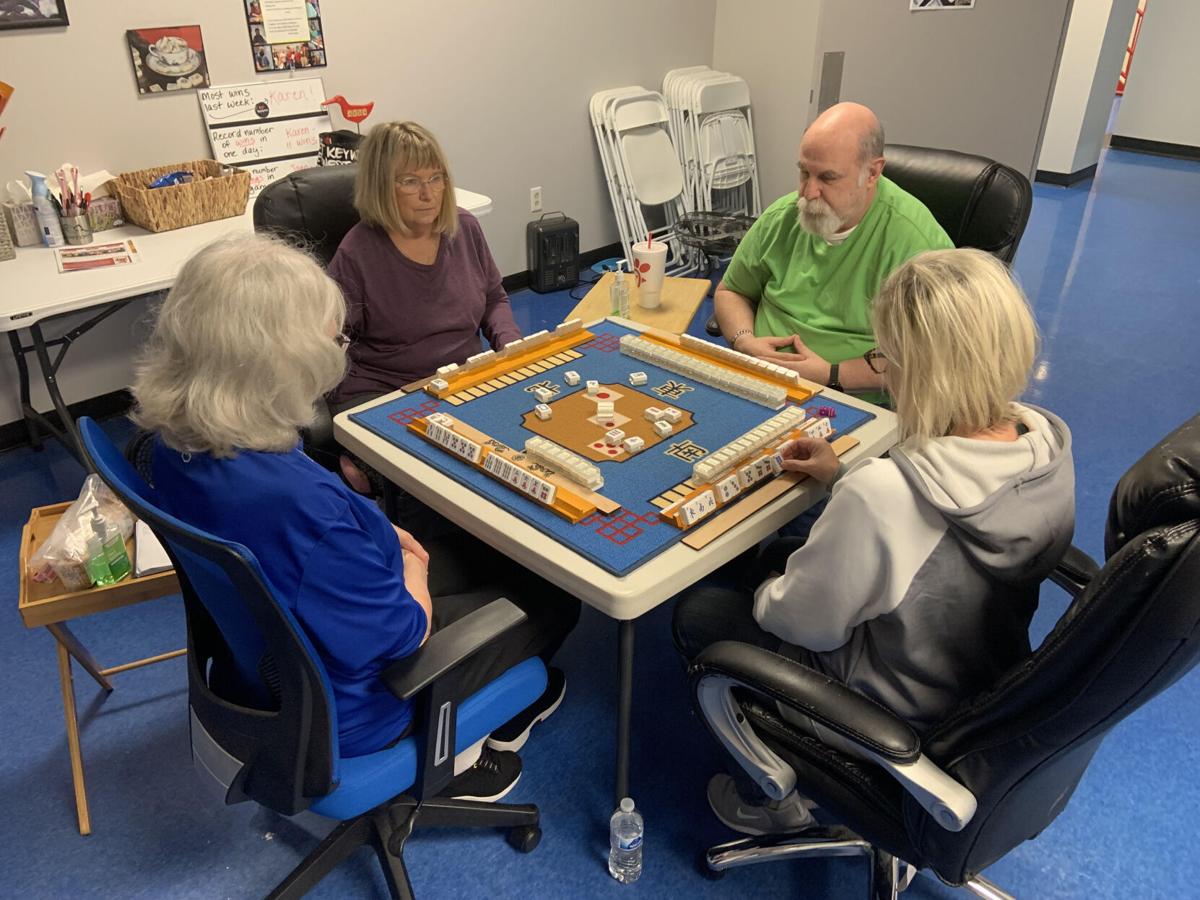 Chuck Sharon enjoys being a part of the group who plays Chinese Mahjongg. The weekly meetings gets him out of the house and the game keeps his mind sharp. 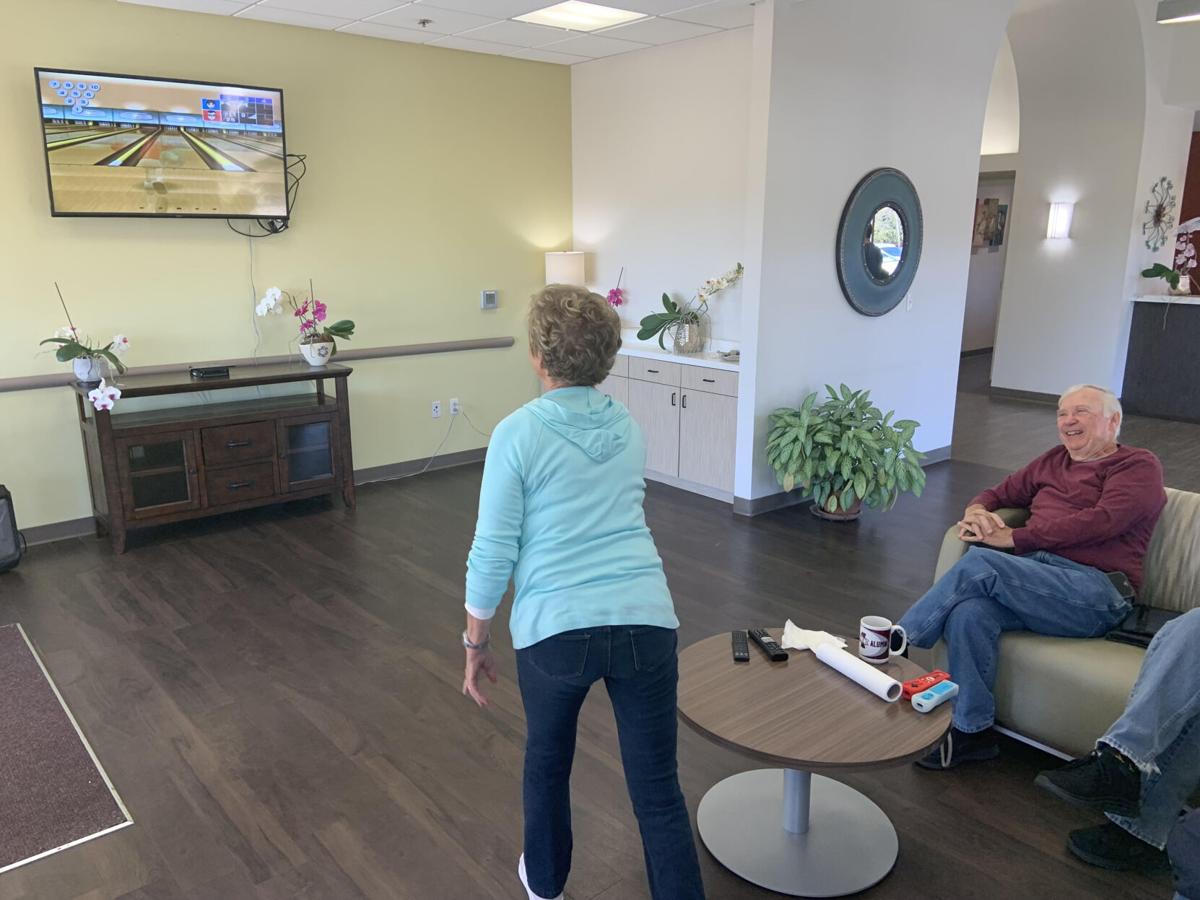 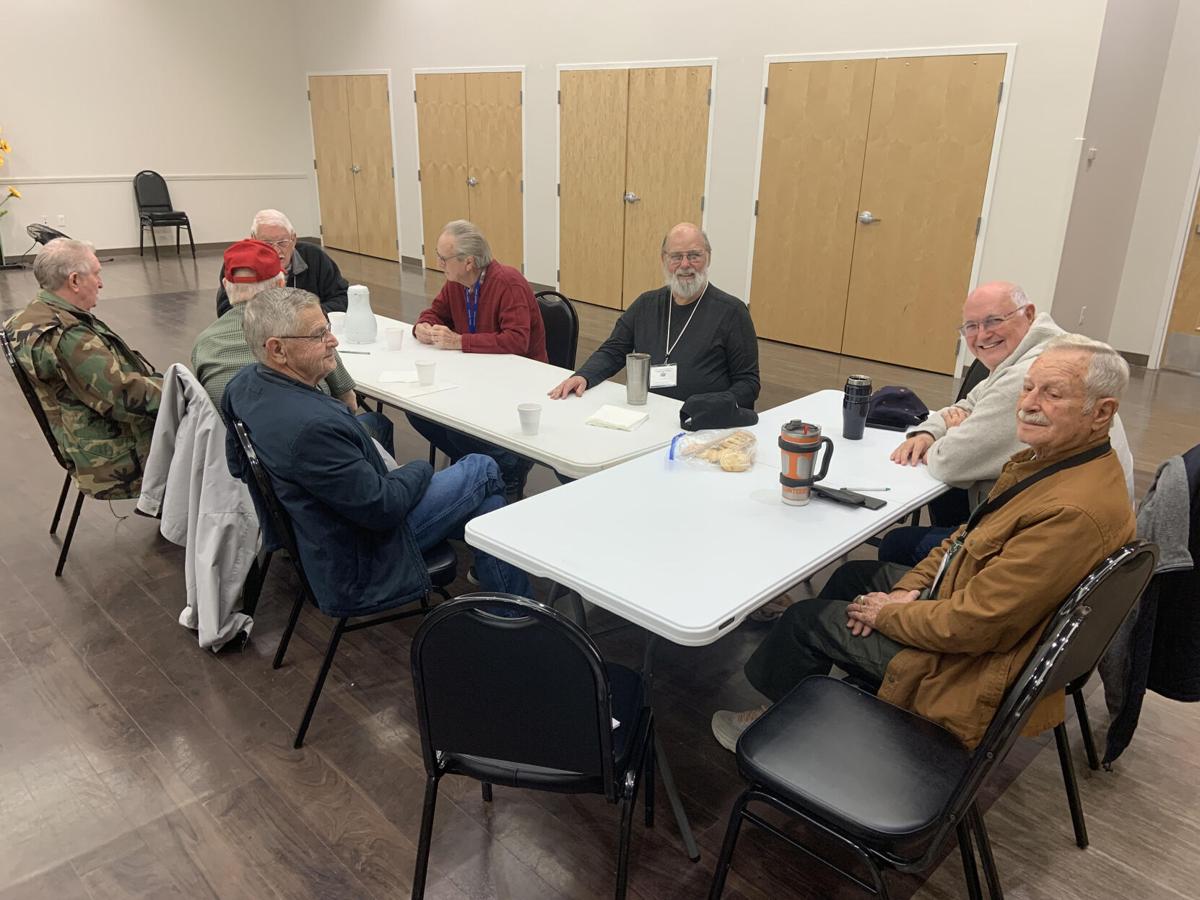 The weekly men's group enjoy the fellowship and the opportunity to swap stories and talk about whatever is on their mind. 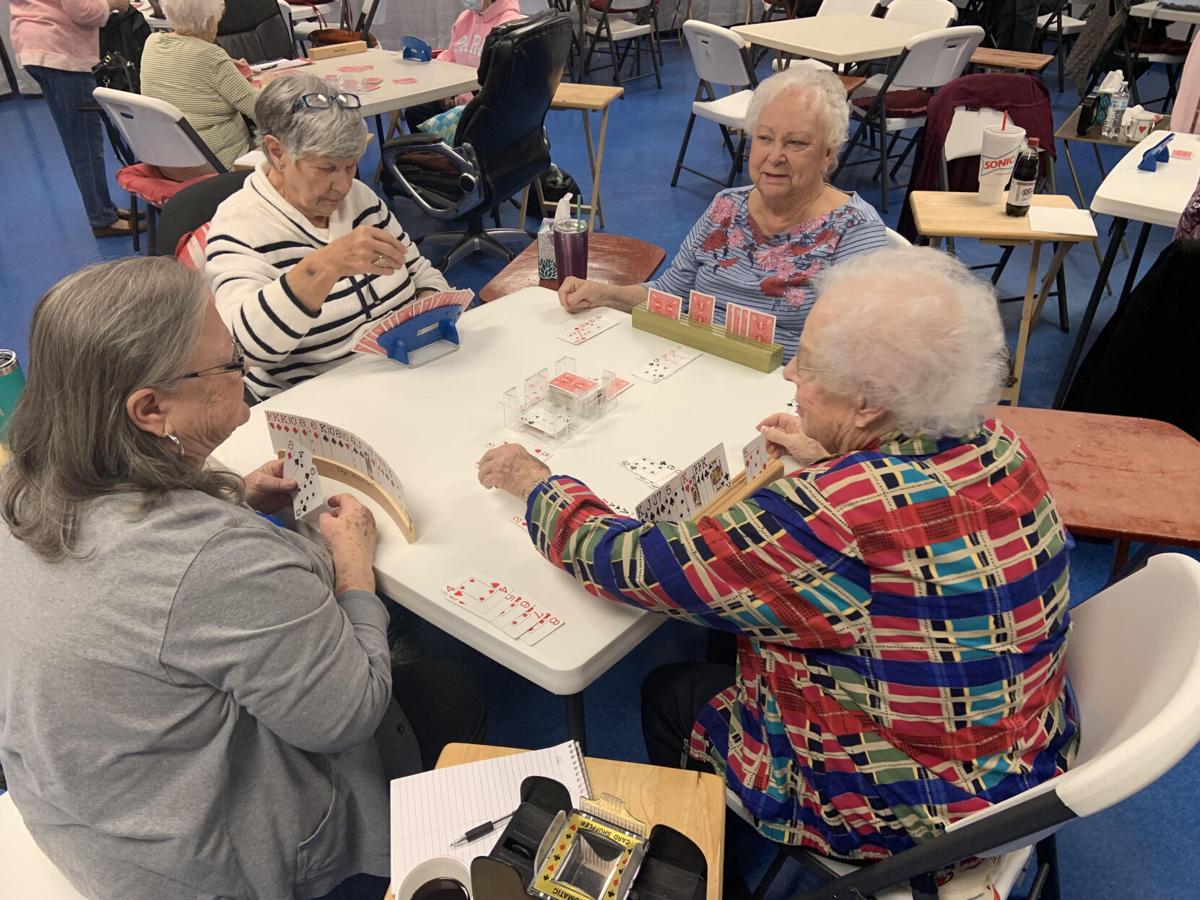 The aerobics class at Forever Young draws around 90 to 100 seniors.

Chuck Sharon enjoys being a part of the group who plays Chinese Mahjongg. The weekly meetings gets him out of the house and the game keeps his mind sharp.

The weekly men's group enjoy the fellowship and the opportunity to swap stories and talk about whatever is on their mind.

There’s no shortage of things to do for senior citizens in Southaven.

On any given day at the Forever Young Southaven Senior Adult Group, you join in an aerobics class, stretch by doing chair yoga, walk around the indoor soccer field, or head upstairs and play a few hands of Canasta or bridge, or exercise your mind playing Chinese Mahjongg.

“There are all different kinds of fun things that we do,” said Loretta Duncan, director of senior services. “We have something every day. We have a calendar and a newsletter that we produce, and the calendar has a listing of all the classes we offer and the times they are offered.”

Membership is only $5 and is open to people over the age of 60. Forever Young has about 3,000 members.

“They are all scheduled at different times of the week,” Duncan said. “We have people coming and going at all times all week long.”

Jim Grimes is part of a group of seniors who play Wii Sports bowling. Wii Sports is a video game simulation which lets players compete against one another in different sports. The group is comprised of about 10 bowlers and has a double elimination tournament.

“It’s fun,” added Lynn Delorme. “But it depends on my score.”

Elaine Gantz said she enjoys the friendly competition and the banter.

“It’s not about the bowling so much,” Gantz said. “It’s about getting together and the friendships.”

Chuck Sharon likes to keep his mind sharp by playing Chinese Mahjongg. Mahjongg is a tile-based game played by two to four players. Players draw and discard tiles in an attempt to collect four sets of related tiles and one pair, or a run of three consecutive numbers similar to Rummy.

“I thought it was dominoes at first,” Sharon said. “The first time I played, I lost. Then the next five I played, I won.”

Each game takes about 10 to 15 minutes to play.

“I like it because it gets me out of the house,” Sharon said. “And it’s like working a Sudoku puzzle or crossword - it keeps your mind active.”

Down the hallway, Cathy Owings is the master of Canasta, a card game usually played by two pairs of partners who try and meld groups of three or more cards of the same rank and score bonuses for 7-card melds.

The group averages about 24 regulars.

Owings said she loves the friendships, but once the cards are dealt, it’s war.

“We start out with we love everybody we play with,” Owings said. “But when the cards get dealt, you are not my friend. You are my opponent and I will be nasty. We play to win.”

Tuesday mornings the room where aerobics are normally held is taken over by a men’s coffee group. They get together once a week to talk about whatever is on their mind - the weather, politics, cars, places they have traveled to, and yes, even girls.

Pat Crabb said he enjoys the camaraderie and even learns a thing or two.

“We have fun,” Crabb said. “And believe it or not, you actually learn some stuff by sitting here. You really do.”

Steve Jones said the group comes from all different backgrounds and all have interesting life stories.

“This is the most diverse group you will ever see,” Jones said. “He was a pharmacist. I was an aircraft mechanic. The gentleman on the end worked at GE. And most of us are veterans.”

Duncan said Southaven is a very good place to live for senior citizens. She praised the city’s Parks and Recreation Department for all of the resources they put in to senior activities.

“The city does so much for our seniors,” Duncan said. “They pay all of the instructors for our classes. We just have all kinds of things going on for our seniors. We keep our members pretty busy.”