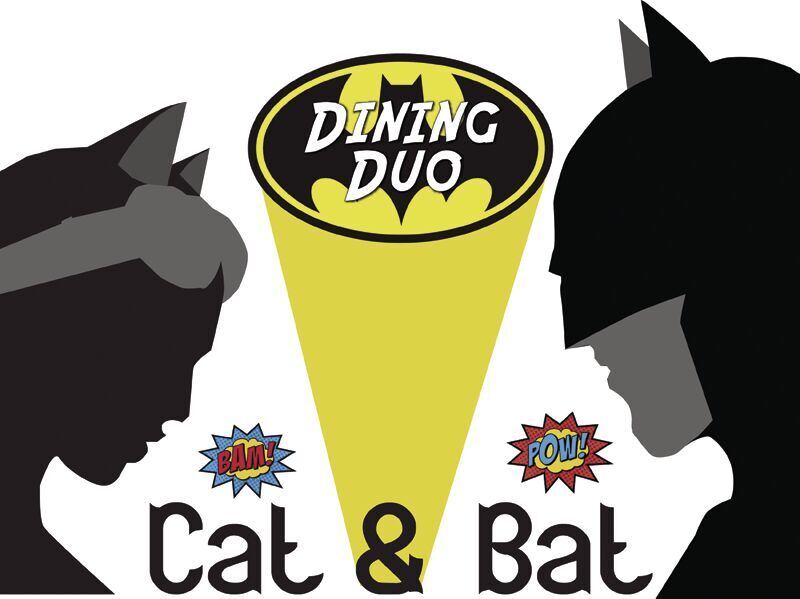 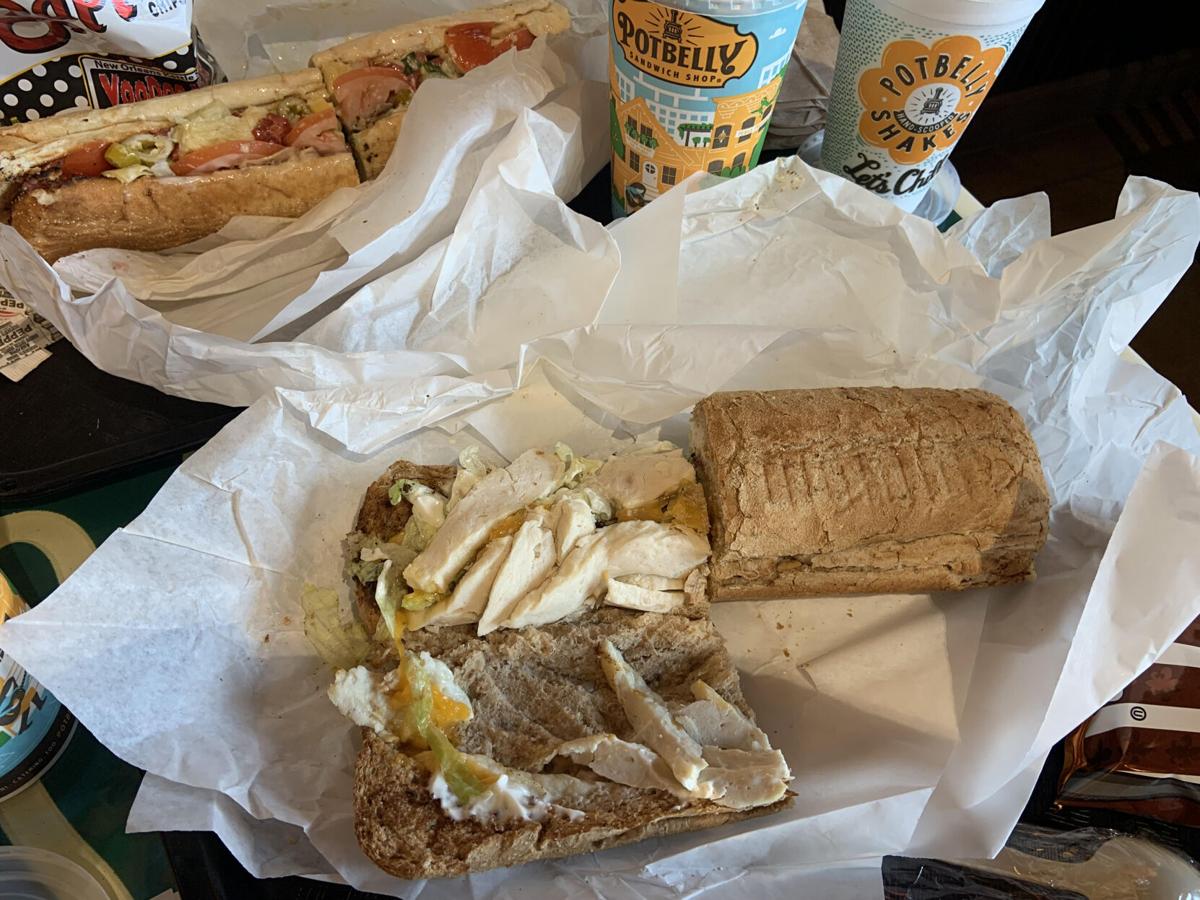 There comes a time when a busy Bat on the go can’t take any more gas station or fast food. Sometimes I just want a good sandwich over say, chicken tenders or a burger and fries.

Based on our geography, our closest choices for sandwiches are Subway or Lenny’s. And while I like them both, even those didn’t sound too appealing.

Potbelly Sandwich Shop, on the other hand, sounded really good. None of us had been there before, so after reading about some new menu selections, we thought we’d give it a try. The Chicago-based chain has one location in Olive Branch, which isn’t too far to go on lunch break because you can get there using some pretty handy side streets that will get you around the always trafficky Goodman Road in Southaven.

My hulking super villain dining companion Bane was immediately impressed with the shop’s decor. Potbelly markets itself as an old fashioned neighborhood sandwich shop. They make good use of the potbelly stove motif to give the inside a kind of turn-of-the-century country store charm complete with tin ceiling.

Potbelly just added three new sandwiches to their menu which is what we came to try. The new items were the Avo Turkey, Steakhouse Beef, and Chicken Club. All of Potbelly’s sandwiches come toasted on your choice of white or wheat bread.

Bane ordered the Avo Turkey, a combination of hand-sliced turkey breast, Swiss cheese, fresh-sliced avocado and cucumber. He’s a big guy, so he decided to really load it up and added tomatoes,  onion, hot peppers, salt and pepper, and some ranch sauce.

He was impressed that the clerk was able to roll his loaded sandwich up in paper.

Bane wasn’t disappointed. Although the first bite was mostly a mouthful of the topping, he took an immediate liking to the bread and was well satisfied with the overall taste by his second and third bites.  He also enjoyed his bag of Zapp’s Voodoo potato chips.

“It’s good,” he said. “It has a nice flavor. I really think this will fill me up for the rest of the day.”

And like the growing boy that he is, Bane even added an Oreo milk shake which even had a sugar cookie on top with Potbelly’s own brand on it. Oh, did I fail to mention that they have hand-dipped shakes and freshly baked cookies?

I went the boring route of the three new choices and decided to try the Chicken Club. The sandwich comes with grilled chicken, applewood smoked bacon, and cheddar cheese on wheat bread. I added some lettuce and mayo to the mix hoping to give it a little extra taste.

Like Bane, I though the Chicken Club was loaded with plenty of meat. I don’t normally like my sandwiches toasted, but the wheat bread is really delicious and added a light crunch. I was semi disappointed though because I could not really taste the bacon or the cheddar for that matter, and the mayo didn’t seem to bring out much flavor either. But the quality was good and I have no complaints.

Bane smuggled a Steakhouse Beef sandwich for our newest Dining Duo baddie, Red Claw, who had planned to join us, but found herself stuck behind a desk and couldn’t make the trip because somebody has to watch the place, right?

The eastern European femme fatale who is the head of a major terrorist operation, liked the overall taste of the Steakhouse Beef, but was super disappointed in the skimpy amount of beef on it. The sandwich comes with  Angus roast beef, crumbled Blue cheese, provolone cheese, and horseradish aioli.

We have to ding Potbelly a half a POW because they claim the new menu has an increased meat and cheese-to-bread ratio. That might have been the case with Bane’s sandwich and mine, but we have to agree with Red Claw that hers barely had any steak on it.

“The lack of meat almost ruined it for me,” Red Claw said. “But it does have a good taste. And their bread is really good.”

Red Claw also observed like Bane did, that the first bite was all toppings. She also did not discern any taste of the horseradish aioli, and thought the sandwich would be much better with a different sauce.

“The meat flavor was good,” Red Claw said. “But it really needs a different dressing, maybe some kind of tangy sauce like a barbecue sauce to go with it. I think that would have made it taste better. The Blue cheese had a good flavor which helped with the overall taste.”

All of us agree that Potbelly is superior to those other sandwich chains, and we will definitely go back and try another of their sandwich selections in the near future.

“It’s definitely worth several trips back to try other sandwiches,” Bane said.

We give Potbelly a solid 4 out of 5 POWs.