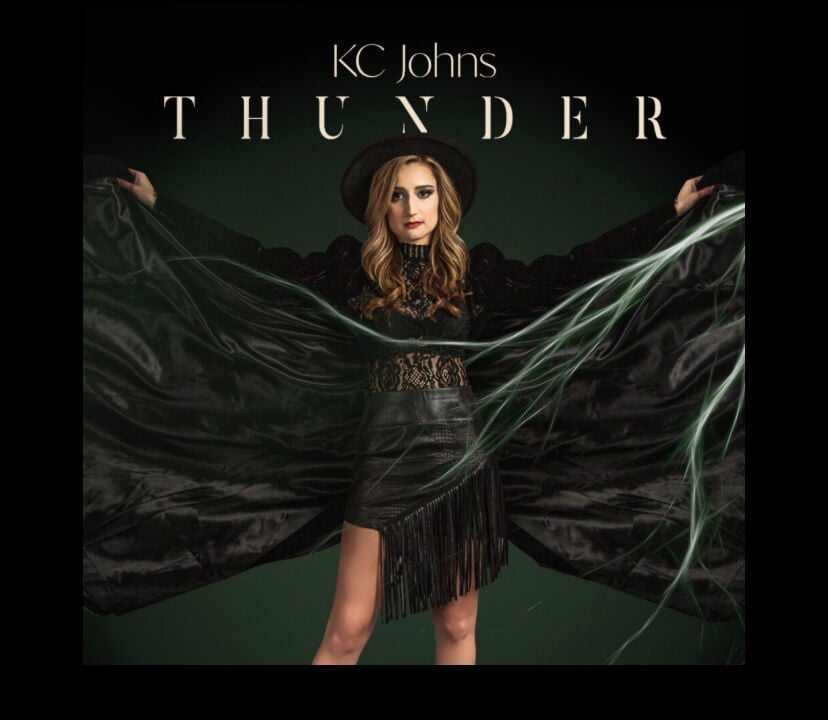 Hernando native KC Johns will debut songs from her new album "Thunder" for a hometown crowd at Uncle Bubba's on Friday, April 2 at 7 p.m.

County singer KC Johns appears in the video of her single "No More Chances."

Hernando native KC Johns will debut songs from her new album "Thunder" for a hometown crowd at Uncle Bubba's on Friday, April 2 at 7 p.m.

County singer KC Johns appears in the video of her single "No More Chances."

When the COVID-19 pandemic cancelled tours and left many musicians out of work, KC Johns used the down time to go back into the studio and record songs for a new record.

Recorded at the legendary Sound Kitchen studio in Franklin, Tennessee, and co-written and produced by Grammy-nominated producer and songwriter Billy Smiley, the Hernando native recently released three new singles - “Whiskey Break,” “No More Chances” and “Thunder” from her forthcoming album.

Johns will be in Hernando on Friday (April 2) to perform the songs in front of her hometown crowd for an album pre-release party at Uncle Bubba’s Barbecue & Smokehouse at 7 p.m.

“I am so excited about this,” Johns said. “I’ve been working on this for about the last year and a half. This will be the first time we are debuting the pre-release. The album isn’t even available yet. This is just for the hometown.”

Johns, who draws inspiration for her music from everything from the Memphis Blues of Otis Redding to the raw sounds of Chris Stapleton and the Rock n’ Roll sounds of “The Boss,” Bruce Springsteen, said the new album is mostly country, but the songs also have a rock edge to them as well.

“It’s definitely country,” Johns said. “But I’m a Rock n’ Roll girl. So it has a country rock vibe.”

The Hernando native is no stranger to the bars and clubs of Memphis and DeSoto County. Johns started playing guitar when she was 15 and has played everywhere from B.B. King’s and Rum Boogie on Beale Street, to Dollywood and cruise ships, and Alan Jackson’s AJ’s Good Time Bar in Nashville.

She credits her mother, Darlene Johns, with allowing her to be homeschooled so she could pursue her dream.

“I asked my mom if I could be homeschooled so I could continue my music career,” Johns said. “She thought I was crazy, but she supported it. She took me back and forth to Nashville on weekends and I played a lot in Memphis. She’s been my rock through all of this.”

Johns has steadily been making her way up the music ladder since, and has opened for big-name acts like Luke Bryan, Chris Young, Randy Houser, and Trailer Choir.

She met Smiley, who has worked on albums with Johnny Cash, Clay Aiken and many others, and co-wrote the songs on “Thunder.” Johns said Smiley was able to capture her heart, energy and soul, and in the process helped her come into her own as an artist.

“He’s been incredible,” Johns said. “I really wanted a party album. There are only two songs on the album that are ballads. Everything else is upbeat, energetic and fun. It’s got a really good concert vibe.”

“Whiskey Break” was inspired by a phrase coined by a guitar player who she frequently appears with.

“Every time somebody bought us a drink or shot on stage, he would always tell the band that we are taking a whiskey break,” Johns said. “So I kind of took that from  him and wrote that song.”

“Thunder,” the title track, is about a girl who steps away from a toxic relationship.

The third single, “No More Chances,” is about a girl who meets up with her girl friends in a bar and says no more chances for a guy to get me. I’m spending my night with my girls.

“It’s a fun song,” Johns said. “This one we took a little pop-country and we added some dobro to it.”

The songs are available for download on iTunes, Spotify, iHeartRadio, Pandora and other music platforms.

Johns will also release a new single, a cover version of Pam Tillis’s “Maybe it was Memphis.” She will be in Memphis this week for three days to shoot the video.

“We went into the studio and did our take on it,” Johns said. “It’s got a very Tom Petty vibe. So we will be at Mud Island and Sun Studio. And Boo Mitchell, who is Bruno Mars’s producer, we are excited to have him in the video. That single comes out this Friday and the video will be out in the next couple of weeks.”