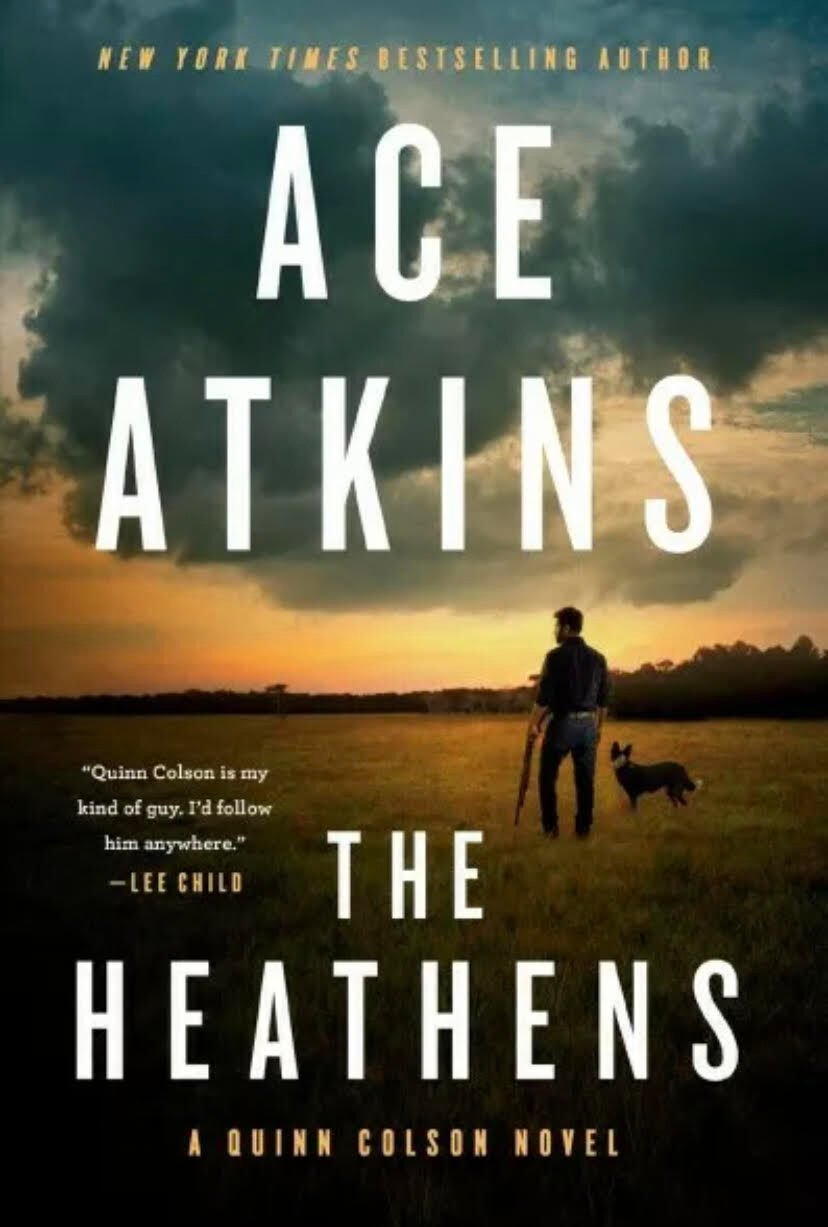 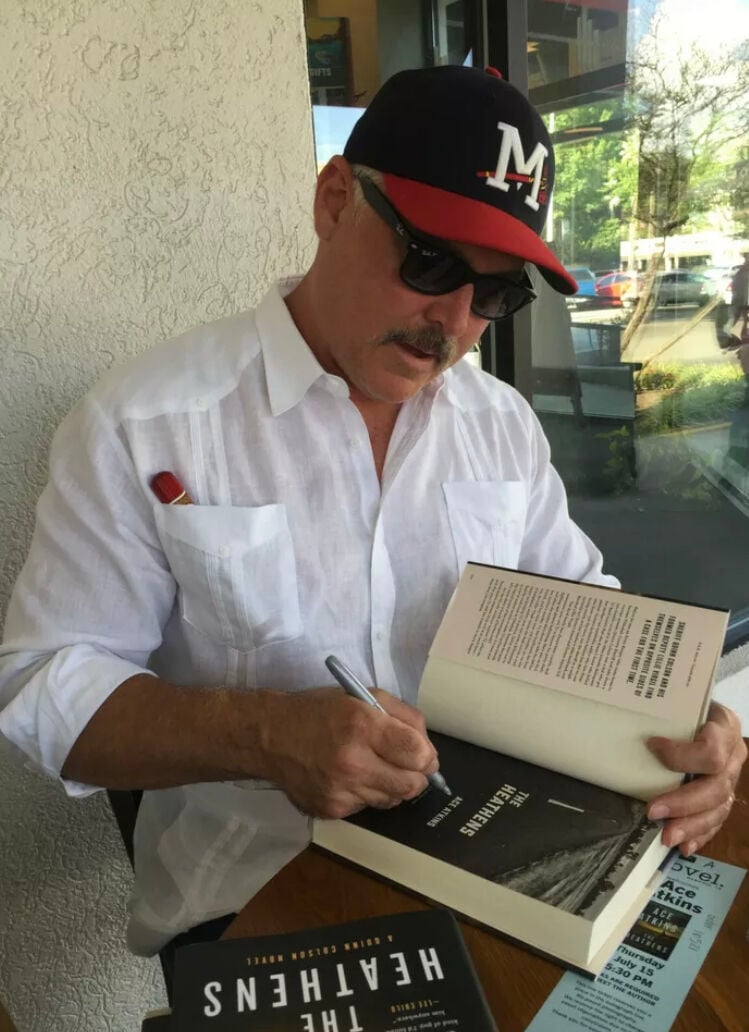 Ace Atkins didn’t realize it at the time that some of the best stories were staring at him right in the face as a journalist and crime reporter.

Atkins was working as a crime reporter for the Tampa Tribune and covered the murder of Vicki Robinson. In the summer of 1998, three teens met at midnight at a Denny’s and conspired to murder her while high on LSD.

Robinson’s 15 year-old daughter, Valessa, was angry at her mother because she disapproved of her 19 year-old boyfriend, Adam Davis. Valessa and Davis, along with another teen, 18 year-old Jon Whispel, tried injecting Robinson with bleach. When that didn’t work, Davis brutally stabbed her to death.

The trio dumped the body in a nearby wooded area, stole her credit cards, and went on a three-day drug-fueled party binge. When the woman’s boyfriend reported her missing, the teens fled, hoping to make it to Phoenix. They were later captured in Texas following a high-speed chase after a deputy shot their tires out.

Now, 22 years later, that case was the inspiration for Atkins’s latest novel “The Heathens,” the 11th book in his Quinn Colson series.

“I was covering this story in 1998 and had already written one novel and was writing another one,” Atkins said. “But it’s funny how things can be right in front of your face and you don’t recognize them as being stories that you will be putting into a book.”

Valessa and the other two teens were all convicted of Robinson’s death.

Atkins said the story always stuck with him over the years. But when it came time to use it in a novel, Atkins decided to turn the story on its head.

“What really made it for me was the idea that what if something like this happened, but the kids were innocent?” Atkins said.

In “The Heathens,” T.J. Byrd, a poor teenage girl who has a record of theft, fighting and hell raising due to her rough upbringing, is accused of killing her drug addict mother, Gina. T.J. insists that she didn’t do it, but nobody in Atkin’s fictional Tibbehah County believes her. Sensing that she is being framed, T.J. takes off in her friend’s mother’s minivan along with her little brother, her African-American boyfriend, and her best friend, determined to tell her story.

Sheriff Quinn Colson, a former Army Ranger who came home to Mississippi to clean up corruption in his county, doesn’t believe T.J. did it. That puts him on opposite ends of his former deputy, Lillie Virgil, who is now a U.S. Marshal and hot on the trail of T.J. But as the evidence points against her, Quinn knows he must get to the bottom of things before any harm comes to T.J. and her friends from the real murderers.

Atkins said while the Robinson case forms the basis of the story, the narrative is very different from the real case. Robinson came from a wealthy home. Her mother was a successful real estate agent. She lived in a nice house and went to a good school.

T.J., on the other hand, is very much a product of the Mid-South.

“Part of the national interest with Valessa was that she had a good family. So the question was, how could a kid like this do this to her own mother? “The Heathens” is a very Mid-South story. These are not Florida characters. T.J., like so many kids in the Mid-South, live hardscrabble lives. Her mother is not a successful person. She’s an addict. She’s really a failure on both ends. T.J. is basically raising her brother. So for T.J., the spotlight is on her because people think how could she not have done it because she came from such a rough existence. I kind of flipped the original story on its head and turned it into a more Mississippi, Deep South story.”

Readers of the Quinn Colson series will no doubt recognize many similarities between DeSoto County and other north Mississippi counties and locales, and Tibbehah County, where the books are set.

Atkins, a native of Alabama and a former SEC football player for Auburn who now lives in Oxford, said north Mississippi is a rich setting to tell crime stories.

“I think it goes back to the Faulkner quote which he said “to understand the world you must first understand a place like Mississippi,’” Atkins said. “We have a lot of issues that the whole country has, just on steroids. There are many things to write about whether it is poverty or racism or corruption. Mississippi tends to always lead the country with examples to explore.

“But on the good side, there is so much culture here. We have great food and the best music. I like to write about the natural beauty of the place. And I’m fascinated by Memphis. Memphis is probably one of my favorite cities in the world. But I really do take pride in writing about the good, the bad, and the ugly.”

Atkins said he wanted to create a literary place all his own to set his novels in, much like Raymond Chandler used Los Angeles, or CJ Box and his game warden series set in Wyoming.

Reviewers have praised the series describing it as a satisfying mix of Southern Gothic and thrilling action, where readers get more than a mystery - they get an entertaining lesson on the sociology of small-town South.

Atkins said the Quinn Colson character is very much a product of his times. Many men like Quinn were being deployed to Iraq and Afghanistan, then came back home wondering what to do next with their lives.

“That was the catalyst for the character of Quinn,” Atkins said. “I saw men and women trying to assimilate back to normal life, many of them in law enforcement.”

Atkins said Quinn comes back home to Tibbehah County after being gone for a decade and sees many of the same things that he was fighting against in Afghanistan deeply rooted in his own hometown.

“There is religious fundamentalism. There is great corruption where you have village chieftains who were like county supervisors in the Deep South. There is drug dealing. So that’s the other idea behind the series. He flew to the other side of the Earth to fight that and he finds it in his own backyard.”

Atkins said Quinn is the opposite of Jack Reacher, the main character in Lee Child’s popular series who wanders from place to place. Quinn has family roots in Tibbehah County. Over the series, he gets married and has children. He gets elected sheriff.

“He is very much of the place,” Atkins said. “Quinn is a basic normal guy. He’s not super macho. He’s like someone you would meet in real life. They make mistakes, but they try ands do the right thing.

Atkins said the other thing that appeals to him about Quinn, is that he embodies the classic American ideals found in characters like Will Kane in “High Noon” or the mythic version of Buford Pusser in “Walking Tall.”

“Those characters really meant a lot to me,” Atkins said. “I wanted to create a character who in the face of what we have now with a broken moral compass and people’s ideal trying to come up with reasons for abhorrent behavior, Quinn Colson is kind of an old fashioned character who has the right moral compass in a broken world. That’s what keeps me going back to him. And I think that’s what readers like about him and they keep going back to the series.”

Atkins said he is constantly scanning the headlines looking for stories that can be used later on in his novels.

“I have a thing called the ‘Quinn Files,’”Atkins said. “It’s a digital file where I keep stories that I think are things that would very much happen to Quinn or Lillie Virgil or something that could happen in Tibbehah County. So I am always looking to the news. I think a lot of writers will tell you that’s where you get your best ideas. It can be tragic, funny, or bizarre. But I keep it in there.”

In fact, one story possibility has DeSoto County ties. Atkins said he is familiar with the recent murder of former State Representative Ashley Henley. Henley was found dead with a bullet wound to her head on June 13 at the burned out trailer site where her former sister-in-law died only six months earlier in Yalobusha County. Henley had been critical of the local law enforcement’s investigation into the matter.

“Yes, I have been following it,” Atkins said. “I actually know some people in law enforcement in that county. It’s a very interesting case and the fact that it is still unsolved. It’s in my Quinn Files. So you might see something like that. There are always parts that spark your imagination and could spark some kind of a story.”

Atkins is currently working on a new “Spenser” novel. He was selected to take over writing the series by the estate of Robert B. Parker in 2011, and has published nine “Spenser” novels.

“I am deep into the next Spenser book,” Atkins said. “This will be the tenth Spencer novel that I have written. I am in the final stretch on that. That book will be coming out in January. Then I will probably start working on another Quinn book.”

He’s also still hopeful that Quinn will make it to the small screen soon. HBO bought the rights to all of the Quinn Colson novels and were in pre-production, but the series got put on hold due to COVID.

“If we had this conversation in February 2020, I would have had a different answer,” Atrkins said. “We definitely were on fast track and moving ahead. We were talking about casting and getting it to a pilot. But once the pandemic hit, all production shut down. It has created a logjam at HBO. We are still in development and I still have high hopes for it, but the pandemic certainly has slowed things down.”