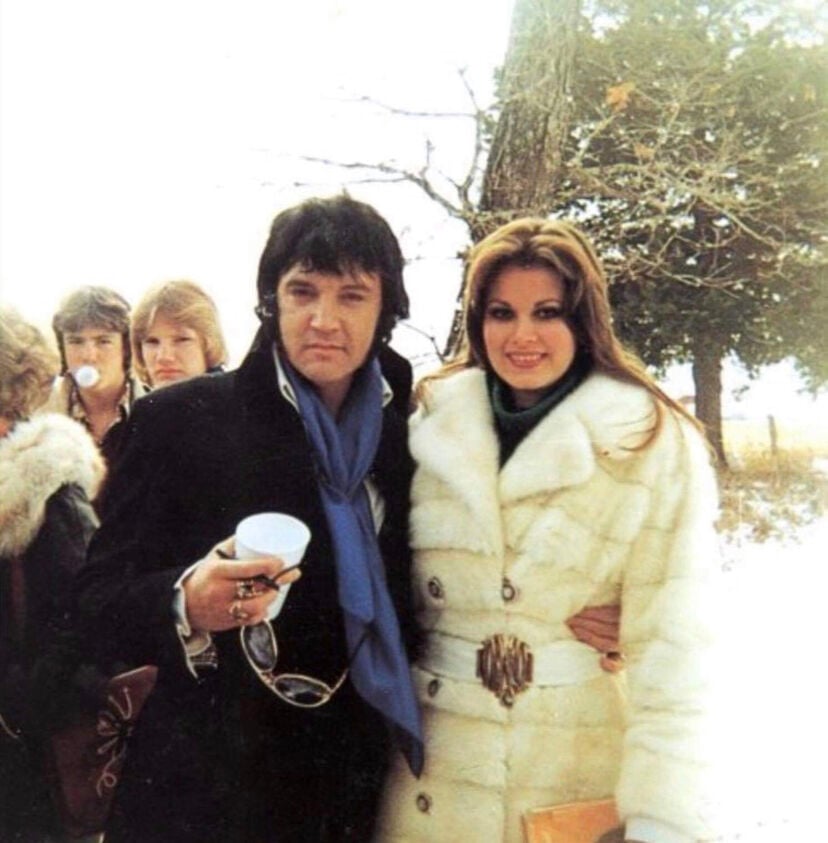 Elvis flew Ginger and her family to Harrison, Arkansas for the funeral of Ginger's grandfather on Jan. 3, 1977. 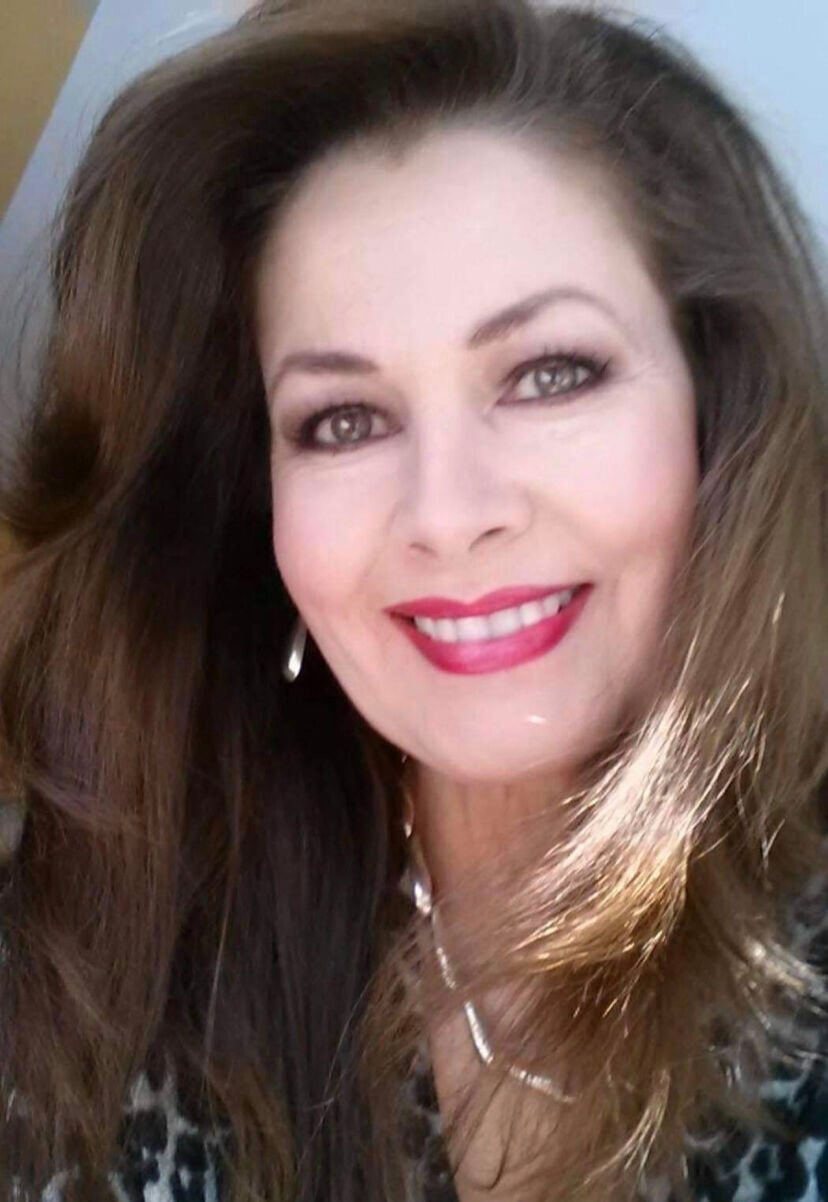 Elvis's fiancee Ginger Alden will host a question and answer session followed by a meet-and-greet where she will sign autographs for fans on Aug. 12 as part of a special appearance for "An Evening with Ginger Alden" at the Sheraton Memphis Downtown Hotel. 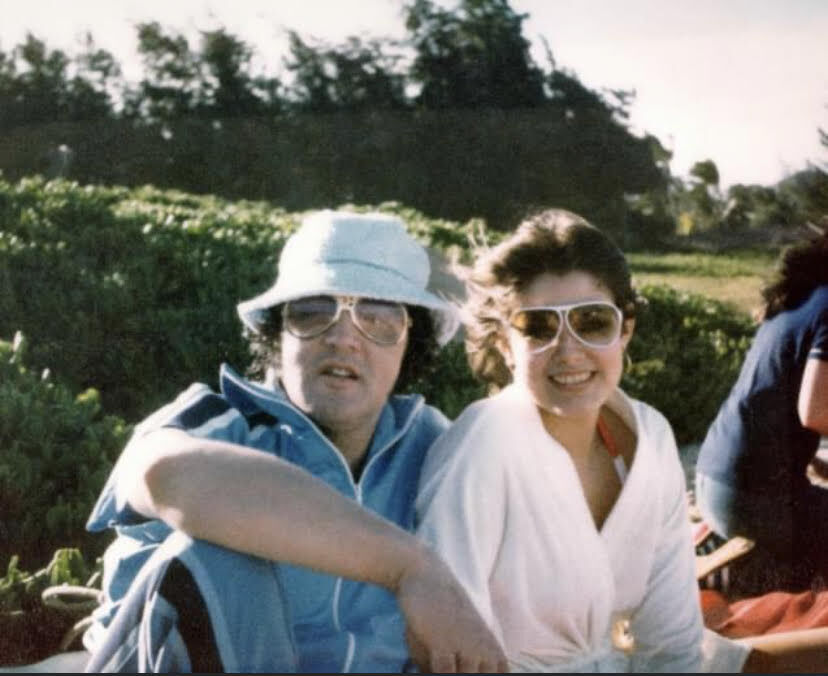 Elvis and Ginger on vacation in Hawaii in March 1977. 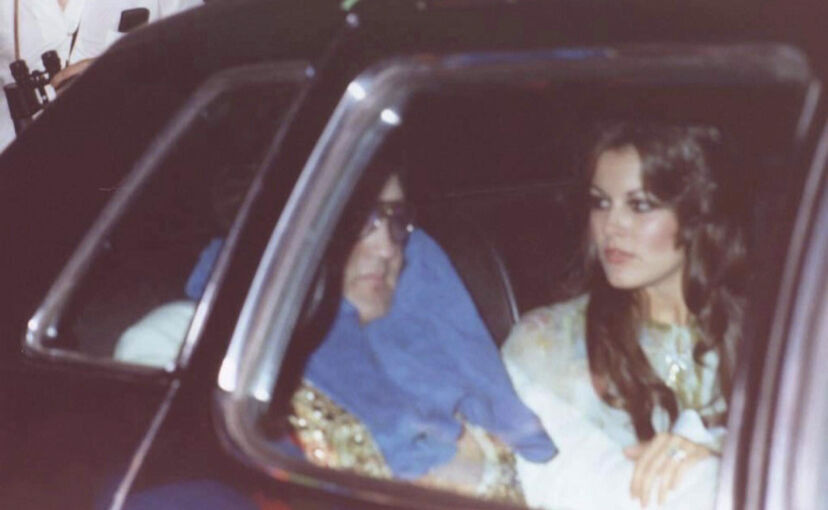 Ginger Alden and Elvis following what be the singer's last ever show on June 26, 1977 at Market Square in Indianapolis.

Elvis flew Ginger and her family to Harrison, Arkansas for the funeral of Ginger's grandfather on Jan. 3, 1977.

Elvis's fiancee Ginger Alden will host a question and answer session followed by a meet-and-greet where she will sign autographs for fans on Aug. 12 as part of a special appearance for "An Evening with Ginger Alden" at the Sheraton Memphis Downtown Hotel.

Elvis and Ginger on vacation in Hawaii in March 1977.

Ginger Alden and Elvis following what be the singer's last ever show on June 26, 1977 at Market Square in Indianapolis.

Ginger Alden waited nearly 40 years to tell her side of the story about her relationship with Elvis Presley.

Alden, who was engaged to Elvis and was with him the day he died, has been the subject of numerous falsehoods and lies started by a few members of his inner circle, such as that she hated touring, and that Elvis never intended to marry her.

Alden shared her memories of her time with Elvis in a 2014 memoir called “Elvis & Ginger” which became a New York Times bestseller, but after years of staying above the fray, Alden will be returning to her hometown in August to meet with Elvis fans and to set the record straight.

Alden will sign autographs and answer questions during a Q&A as part of “An Evening with Ginger Alden” on August 12 at the Sheraton Memphis Downtown. The event will be held in two separate sessions from 3 to 6 p.m. and again at 7 to 10 p.m. Tickets are $40.

Sara Matteson, who organized the event, said it will be a rare chance for Elvis fans to meet and interact with Ginger.

“She hasn’t spoken about this in Memphis since Elvis’s passing 44 years ago, and she’s probably not going to do another one ever again,” Matteson said. “So this will be a great time for fans to get to see her and hear stories about her life with Elvis.”

Alden met Elvis when she was five years old, and later again on Nov. 19, 1976, when she and her two sisters were invited to come to Graceland. Ginger had just turned 20 years old. Elvis was 21 years her senior at that time. Ginger wrote that she was immediately attracted to Elvis and that he teased her about staring at him so much. The attraction though, was mutual.

Members of Elvis’s inner circle, the “Memphis Mafia,” did not approve of Alden, a situation which was exacerbated when she turned down Elvis's request to move to Graceland with him, proof to them that she did not care about him. Alden lived in a house not far from Graceland with her parents and sisters.

Elvis proposed to Ginger on January 26, 1977 at Graceland and gave her a large diamond engagement ring, the main diamond having come from his much beloved TCB stage ring. The two set a wedding date for Dec. 25. Elvis died unexpectedly on August 16, 1977.

In the years following his death, some who were close to Elvis painted an unflattering portrait of Ginger which went unchallenged and made its way into numerous biographies of Elvis.

Matteson said Ginger is one of the most unfairly maligned and misunderstood people in the life of Elvis Presley.

“It angered and hurt her greatly because she has been portrayed as something that she’s not,” Matteson said. “And she feels that it is really unfair and that  there is a bias by others in Elvis’s circle who never really got to know who her. Elvis kept her sequestered and tried to protect her. He warned her that there would be great jealousy from some of his people. But unfortunately his passing was too soon and he was unable to fully instruct her on how to manage that.”

Matteson said Alden waited to tell her side because she had a life after Elvis. She had a flourishing modeling career and was with her husband for 34 years until his passing. She also chose to focus instead on being a mother and raising her son away from the spotlight of Elvis.

It was only years later that she became aware of a lot of what had been written and said about her, most of which was started by Elvis's bodyguard Dick Grob.

Matteson said Ginger was shocked and angered by what was said about her as well as her family.

“She didn’t realize that she did anything wrong and would have to defend herself," Matteson said.

Matteson said Alden will address some of those topics, accusations, and more.

“She is going to talk about the good and happy times she had with Elvis, and at the same time try to clear up some misconceptions,” Matteson said. “She is very passionate about Elvis. It is really heartfelt. She is just a really warm and caring individual.”

The event will also feature live music by Alden’s nephew, Taylor Michael, who is a Nashville recording artist and county musician. The interview segment will be followed by a 90 minute meet-and-greet with fans.

“She will be signing autographs and we will have a few of her books for purchase,” Matteson said. “If you have one of your own, she will sign it for free. And, you will be able to get your picture taken with her.”

To purchase tickets for A Evening with Ginger Alden visit: https://nightwithginger.ticketspice.com/a-evening-with-ginger-alden