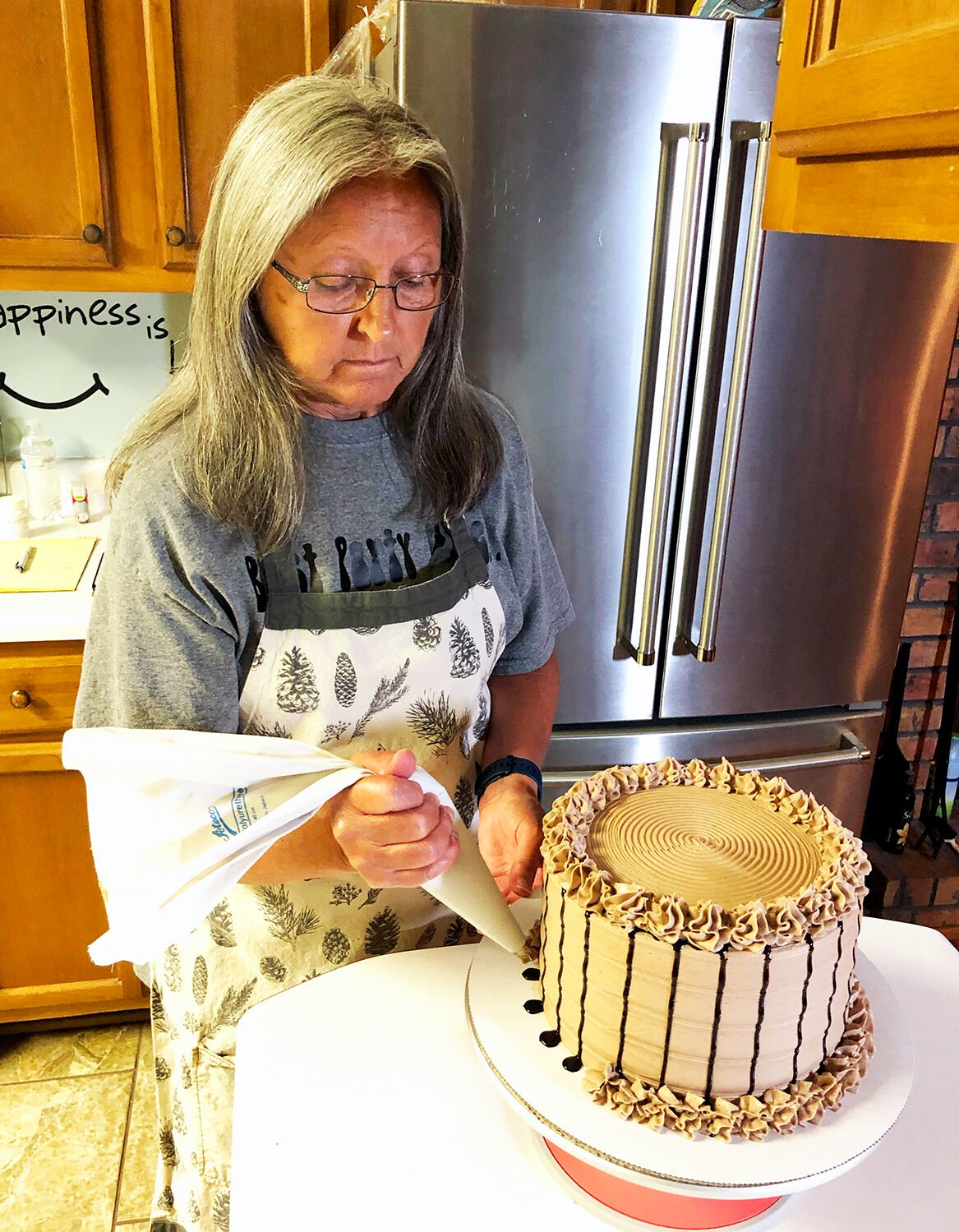 Patti Ray, of Hernando, works on a cake in her kitchen for her home based business, Patti Cakes. 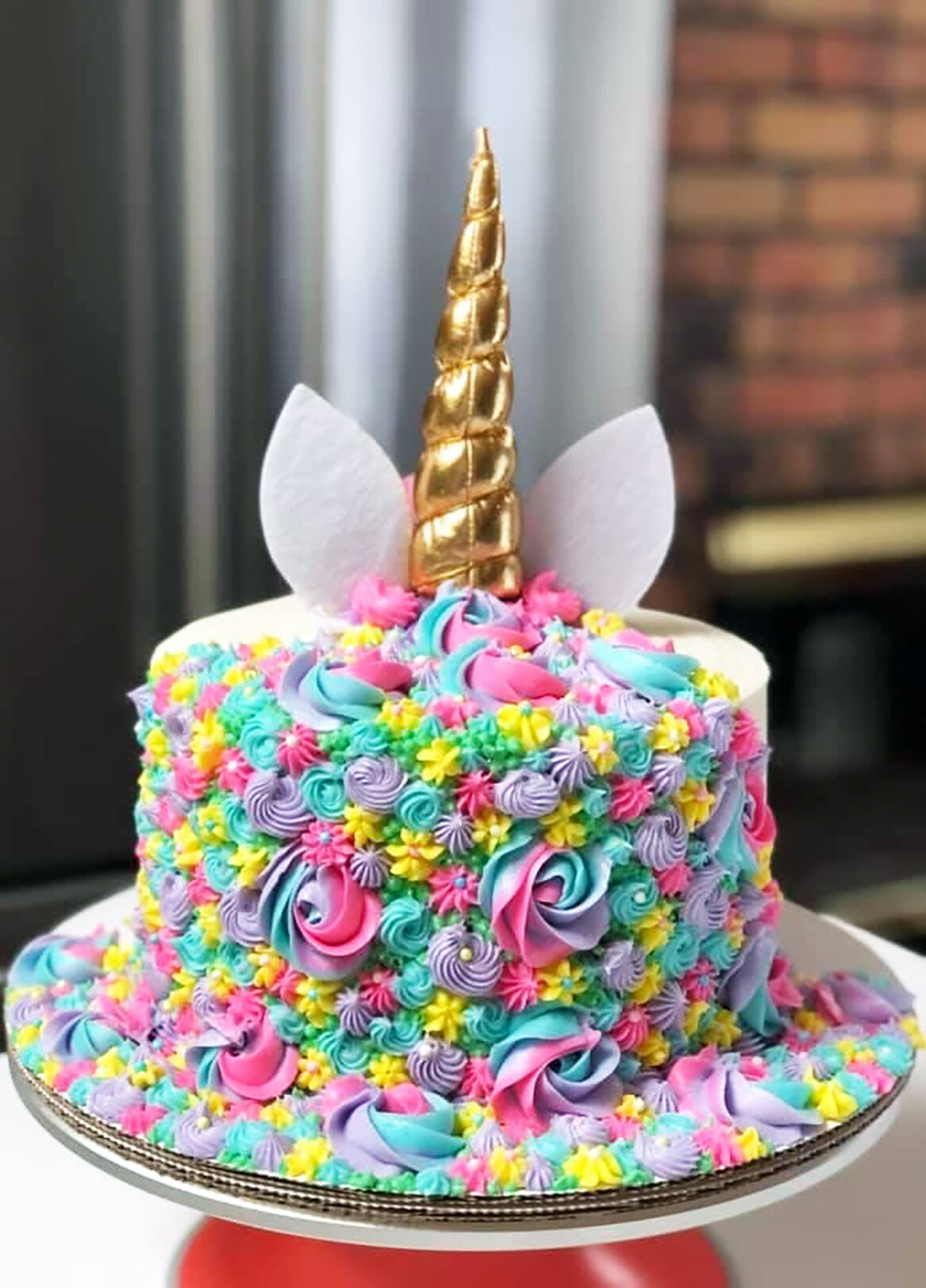 One of Patti Ray's most requested, time-consuming, and popular cake designs is the rainbow unicorn. Ray says it take at least two hours just to decorate.

Patti Ray, of Hernando, works on a cake in her kitchen for her home based business, Patti Cakes.

One of Patti Ray's most requested, time-consuming, and popular cake designs is the rainbow unicorn. Ray says it take at least two hours just to decorate.

This year’s DeSoto’s Best 2020 Best Wedding Cakes winner is Patti Ray. At 63-years-young, her home-based business of homemade icing and cakes is keeping her riding high on a rainbow unicorn.

Based in Hernando, Ray started her baking venture in 2017. Friends and family of Ray’s have enjoyed her treats for many years after she took one cake decorating class at a Michael’s craft store 30 years ago. Jump to the year 2000 when Ray moved from Memphis to Hernando and eventually found a position in a local bakery and cupcake shop.

“I learned different skills from watching the owners during that time,” said Ray. “Eventually they closed and I needed a new job. My husband said I could work from home if the business helped with household expenses.”

Ray had an idea of what her main selling point could be after learning the bakery she previously worked at lacked a homemade element.

“The bakery I had worked at surprised me because they bought their icing,” Ray said. “They did not make it, it wasn’t homemade, they just brought in big buckets. I never knew something like that existed. I didn’t want to do that.”

Only fresh, homemade icing would do for Patti Ray. An idea that has propelled her business’s name into many soccer moms and school function circles.

“Everybody loves my icing, it’s all homemade.”

The love of her customers' reactions makes the sugary sweet stress all worth it.

“I love to see their faces. I love to see how happy they are when they look at the cake the first time. They are so excited and send me pictures when their children see the cakes. They compliment me, it all just means the world to me,” Ray added.

Baking supplies became scarce during the past COVID year for Patti, but didn’t last long. With more people at home, the demand for cakes increased for more at home events. When supplies became available again, it was a business boom.

“It just slammed me, I wondered what people do on Monday and Tuesday. The business just used to be a weekend thing and now seven days a week, people are wanting cakes.”

Popular cake designs and flavors most requested these days from Ray are semi-naked cakes, lightly iced, layer cakes in strawberry and traditional vanilla are trending demands. The more artsy and extravagant styles Patti has been dishing up lately take the form of unicorns.

“I’m doing one today,” Ray said on Thursday, April 16. “It takes approximately two hours, the back of the cake is the mane of the unicorn. It’s all flowers and flowers and flowers. Once it’s done, I’ll know the little girl this cake is for will be happy.”

“God put his hand on me and said ‘This is your way to make people happy.’ That’s what I’m doing.”