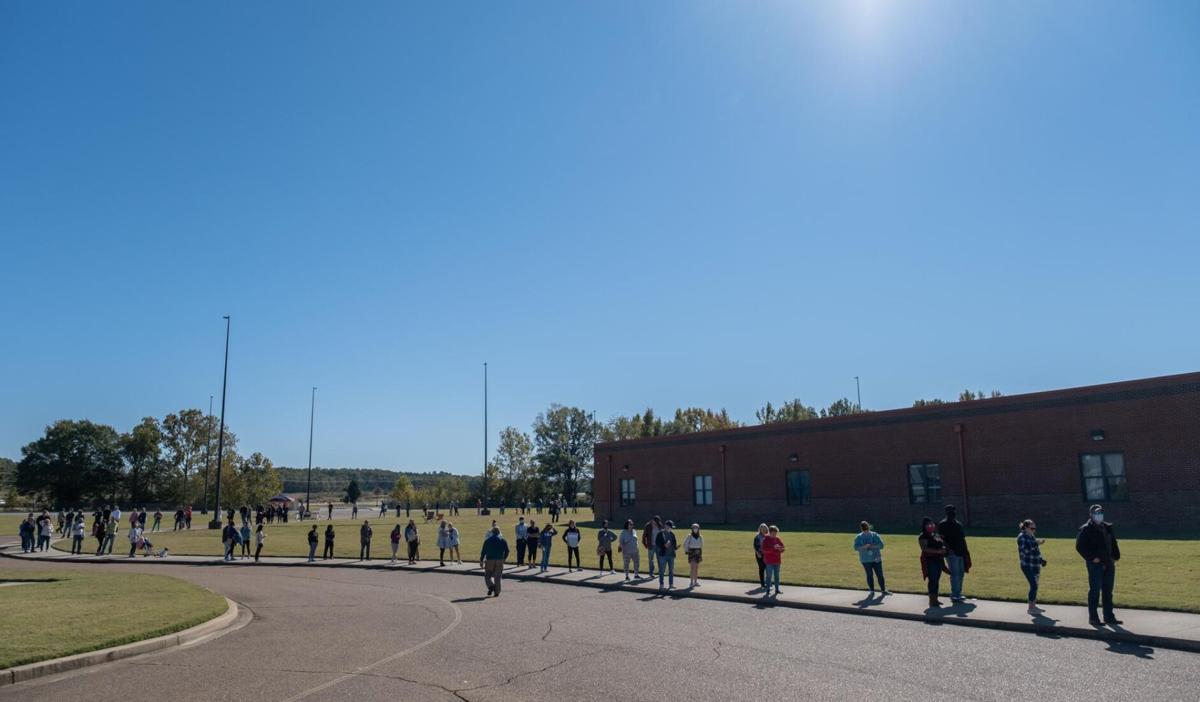 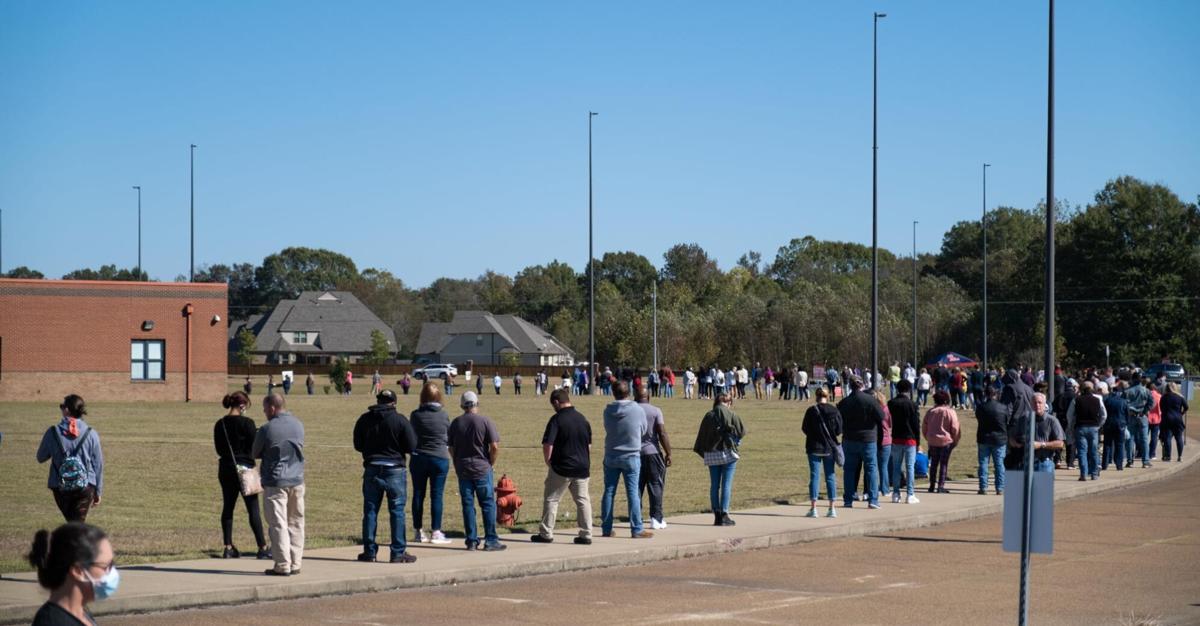 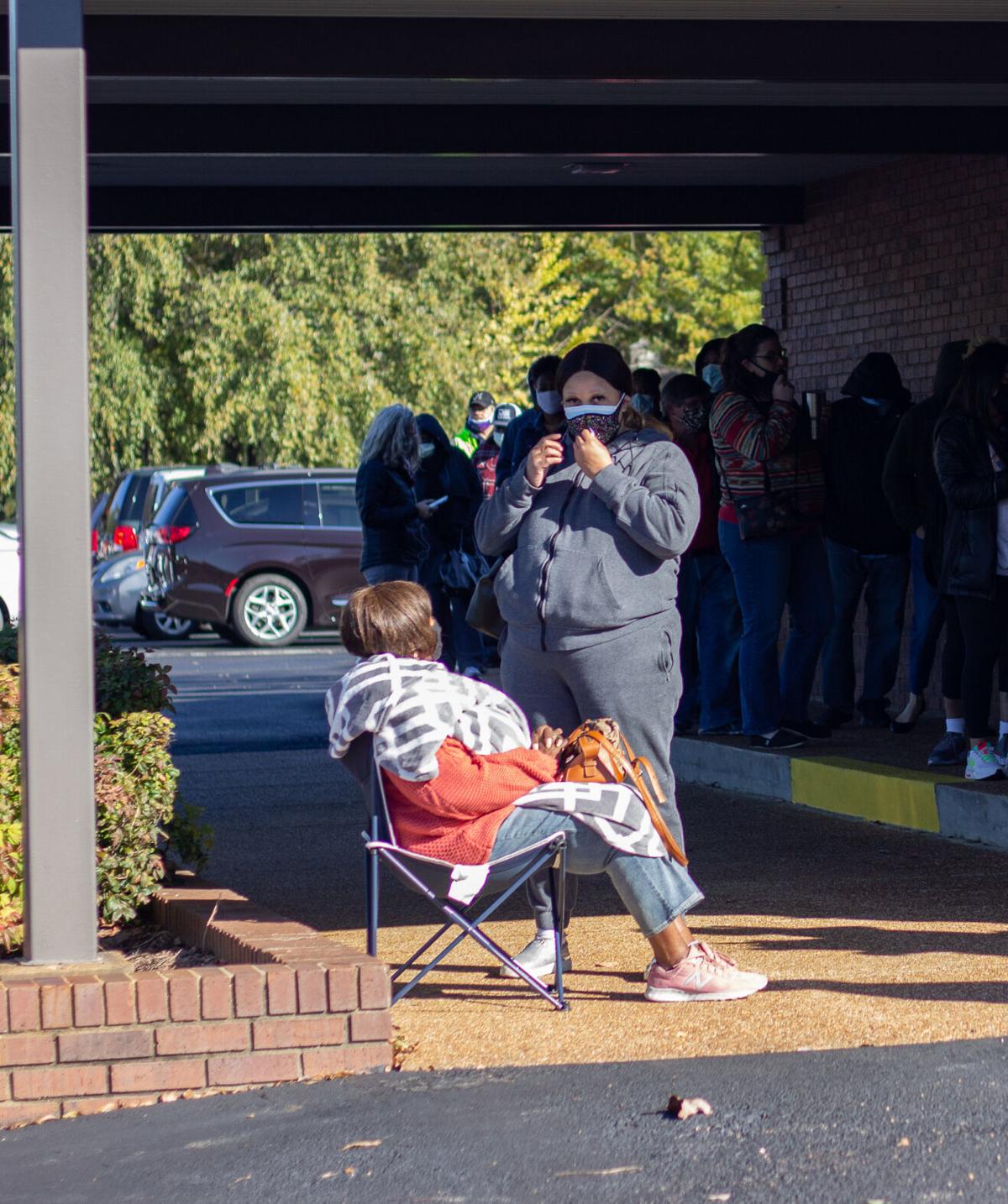 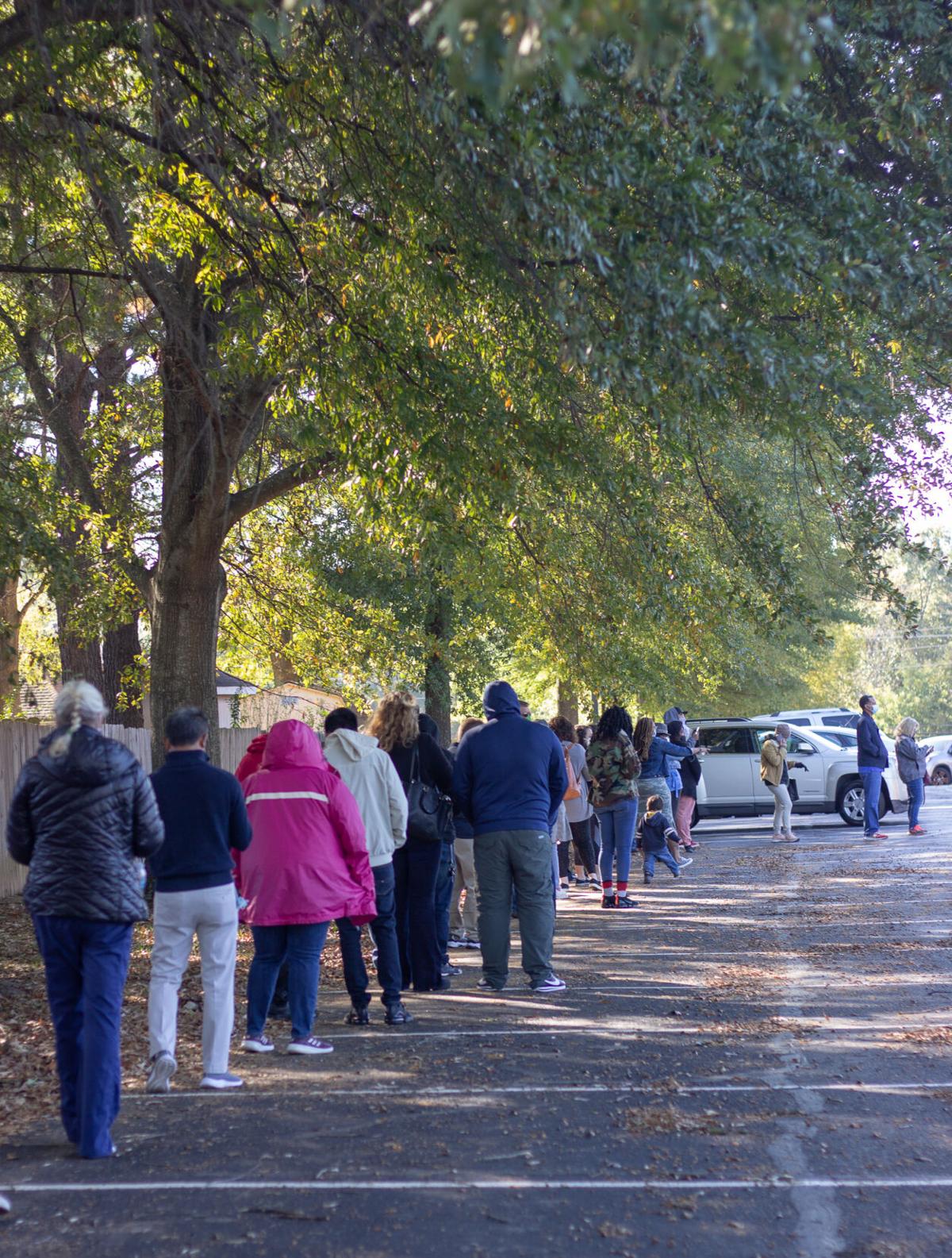 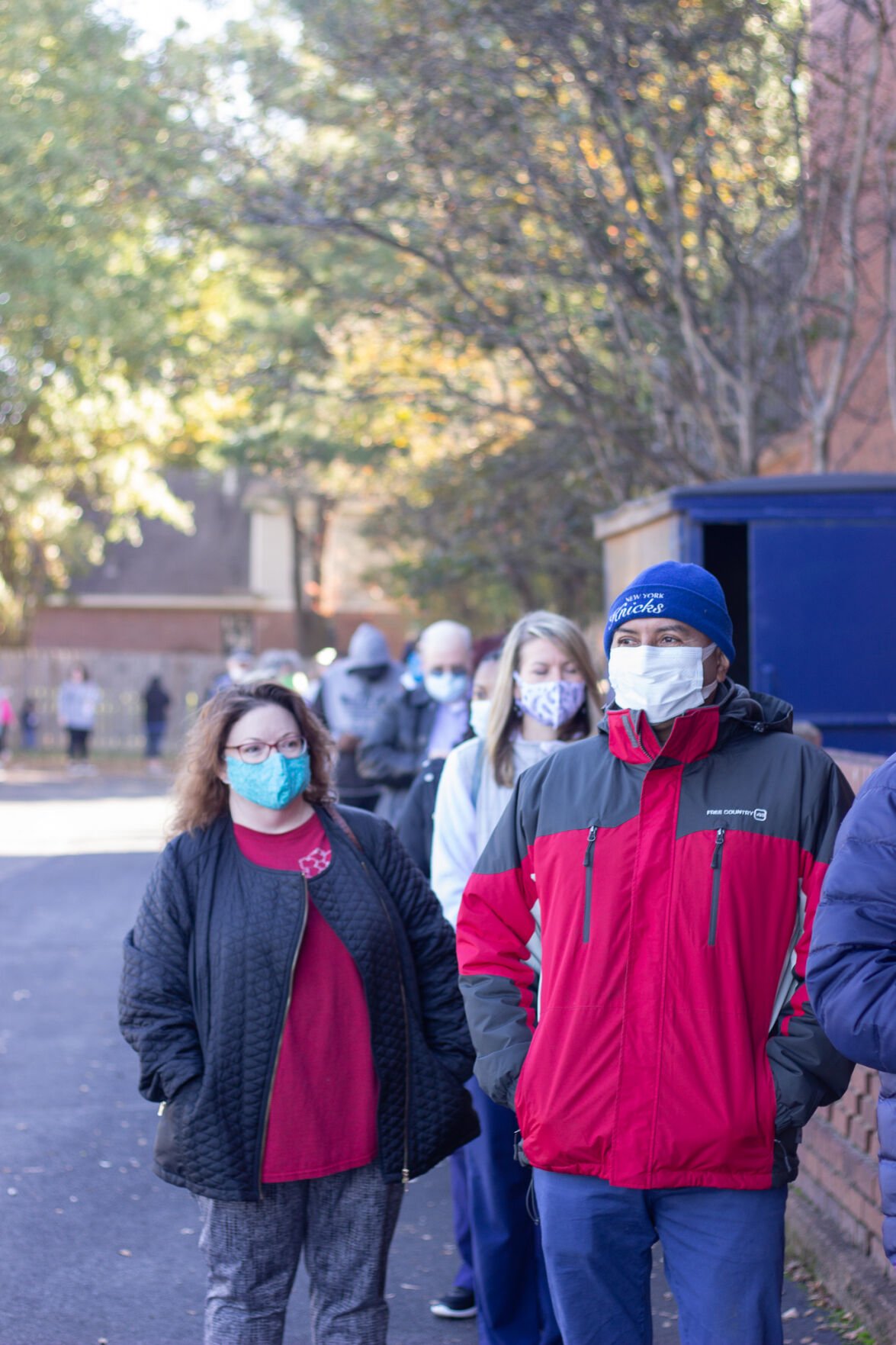 DeSoto County voters are waiting hours, bundling up and even bringing lawn chairs to cast their votes this Election Day. At precincts all over the county, lines to vote are wrapping around buildings and parking lots of people waiting to exercise their civic duties.

Jeffery Baker has been voting at the Olive Branch South precinct for 18 years. He said that in those 18 years, it has never taken him more than 15 minutes to vote. Today, he waited an hour and 16 minutes.

“This is a big election,” he said. “It’s a choice between two ways of life.”

Baker, who works as a nurse in the county, said that he felt safe while voting and that he thought there were good measures in place for keeping voters safe during a pandemic.

Rhionna Crawford, 20, drove up from the University of Southern Mississippi yesterday to vote this year at the Greenbrook South precinct. This is Crawford’s first time voting, and she waited almost two hours to do so.

“I feel like this is a very pivotal election,” Crawford said. “It definitely means something to me.”

At Lewisburg High School, where lines to vote usually don’t even go past the front door, a line of people trailing halfway around the school.

Polling places across the county had similar reports, with some people waiting up to three hours to vote.

“My ancestors fought for me to exercise my right to vote,” Shannon Washington said as she stood near the back of the hours-long line at Lewisburg High School. “I’m here because I want to see change for my children.”

Many residents said they felt this election was unlike anything they had seen before.

Brian Wailes, a county resident who has voted in every election for the last 15 years, said he had never seen anything like the turnout today, even while living in other parts of the country.

Laura Shaw, 37, drove her mother and grandmother to their Southaven precinct. Shaw’s baby screamed as they waited in the car for them to get back so she could go find a babysitter and then go to her own precinct to vote. After an hour and a half of waiting, her mother and grandmother had just made it about halfway through the line wrapping around Gracewood Baptist Church.

“Usually, we just pull up and walk in. This is crazy,” Shaw said.

“I think everybody’s more into politics this year because they were home so much from COVID,” Shaw said. “That’s my theory anyway.”

After one of the two voting machines at the Lewisburg East precinct broke, voter Robby Smith said they began using mostly paper ballots. Smith said he believed the turnout increase was because of a “liberal media” and added that he felt safe casting his ballot today.

Another voter at the Lewisburg East precinct, Michael Rikard, said that there was “a lot more meaning” in this election for most people, but it wasn’t really any different for him.

John Abram, 67, saw the long lines at his precinct, went back home and then came back with a folding chair. He bought copies of USA Today and The Commercial Appeal to help him pass the time. “I never buy a paper, but today I figured I’d have the time to do the sudoku,” he said.

Abrams said his only wish going into the polls was that he had a better understanding of Mississippi’s medical marijuana ballot initiative. He said the ballot descriptions for both Measure No. 65 and 65A are confusing.

“I looked at it yesterday and I’m like, ‘What are they trying to say here?’” he said.

Duane Brisendine, another county resident, has been voting at his precinct for 30 years. He said he spent 30 minutes in line to cast his ballot.

“Everyone is so inflamed about it on both sides,” Brisendine said.

Polls are open in DeSoto County until 7 p.m. tonight.